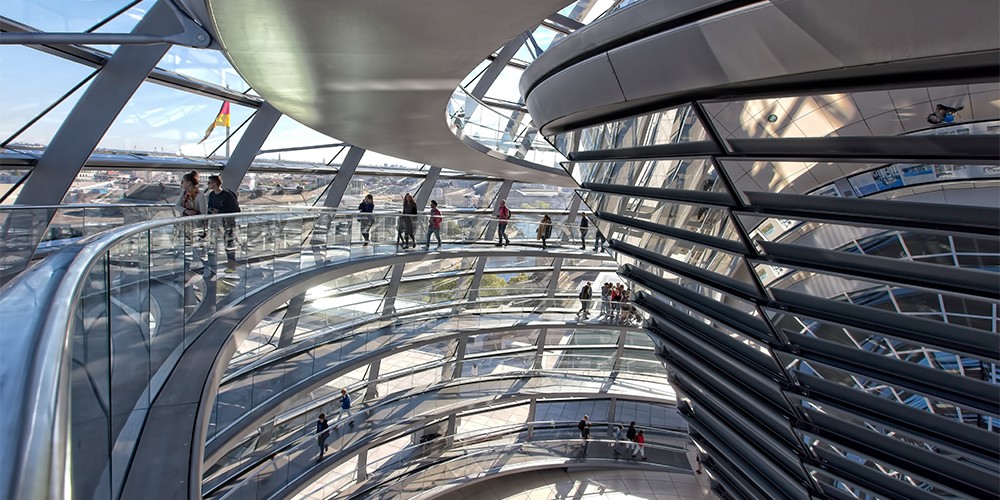 In a day of frenetic Berlin parliament activity, Jens Weidmann, Bundesbank president, underlined his confidence that the ECB would resolve a separate six-week-old dispute with the German constitutional court over its €2.2tn public sector purchase programme.

His video appearance before the Bundestag’s European Union committee dropped hints that an ECB explanation on the ‘proportionality’ of its monetary actions could come as early as next week. However, Weidmann’s statements to parliamentarians left open many details about how the ECB will answer the specific requests from the Karlsruhe court – an institution whose jurisdiction the ECB does not recognise.

All sides in parliament believe that the ECB will have to explain its measures more fully in future as a price for continually enlarging its sphere of monetary action. One EU committee member, from the Christian Democrat party, senior partner in Chancellor Angela Merkel’s coalition, said, ‘They [the ECB] will have to explain more. They cannot simply say: “We are in charge because we are in charge.”’

The European committee convened on the afternoon of 17 June, shortly after the anti-euro, anti-immigrant AfD opened up a second front in judicial skirmishing with the ECB. The legal step will take years to move through the complex procedures of the Karlsruhe court. But it will intensify shorter-term uncertainty over the euro commitment of the continent’s largest economy. Germany is likely to emerge from the pandemic-induced downturn more quickly than most other euro members. So a build-up of legal actions may coincide with fresh strains on the single currency’s cohesion.

The AfD parliamentary grouping, the Bundestag’s largest outside the three parties in Merkel’s ‘grand coalition’, is challenging alleged illegal monetary financing in the ECB’s pandemic emergency purchase programme, launched on 18 March and enlarged on 4 June to €1.35tn.

The AfD grouping announced it would sue the Bundestag over the PEPP’s constitutionality. The party will use as its chief litigator Karl Albrecht Schachtschneider, a 79-year-old Nuremberg-based constitutional lawyer, a doughty veteran of unsuccessful German legal battles over the single currency stretching back to 1993.

The AfD lawsuit will focus on the judicially weakest point of the PEPP – the ECB’s own contention that the coronavirus emergency justifies lifting nearly all previous operational constraints on its bond-purchases.

The AfD alleges that the Bundestag, in which it has sat since the 2017 elections, has failed to safeguard constitutionally enshrined budgetary principles and had taken insufficient measures to quell the ECB’s unilateral lifting of limits, such as those restricting purchases in line with the relative sizes of euro states’ economies rather than their debts.

The lawsuit, likely to be financed indirectly by German taxpayer funding of parliamentary parties, introduces a radical new polarising element into technocratic German legal wrangles. It increases the likelihood that more cases – on both the long-term PSPP and the ‘temporary’ PEPP – will come before the constitutional court. Traditional German anti-euro litigants, buoyed by Karlsruhe’s 5 May judgment, will not wish to allow the AfD a monopoly on constitutional activism.

The lawsuit announcement will increase political pressures on the Bundesbank and the ECB. Weidmann, at the 17 June hearing, made clear he was speaking on behalf of himself as one member of the ECB’s governing council rather than for Christine Lagarde, the president.

He affirmed that the ECB, rather than the Bundesbank, would need to supply evidence that it had weighed up all options over its PSPP, using various published and unpublished documents. The simplest route, he told committee MPs, would be to use the accounts of the ECB’s 4 June monetary policy meeting, due to be published on 25 June, as way of explaining the ECB’s analytical depth. Reporting to the European parliament and through Lagarde’s strategy review, due to end in mid-2021, would be other routes.

Weidmann left open the response to one of Karlsruhe’s crucial requests, on how the ECB would end the PSPP and channel bonds back to the market. When inflation eventually rose to the ECB’s target level, interest rates would rise again, he indicated. One MP at the hearing said such scenarios were an ‘illusion’. Raising rates would pose enormous difficulties for heavily indebted countries, such as Italy. ‘They will do everything to keep rates depressed,’ he said – underlining how, in Germany, unsettling ECB constitutional wrangles are here to stay.