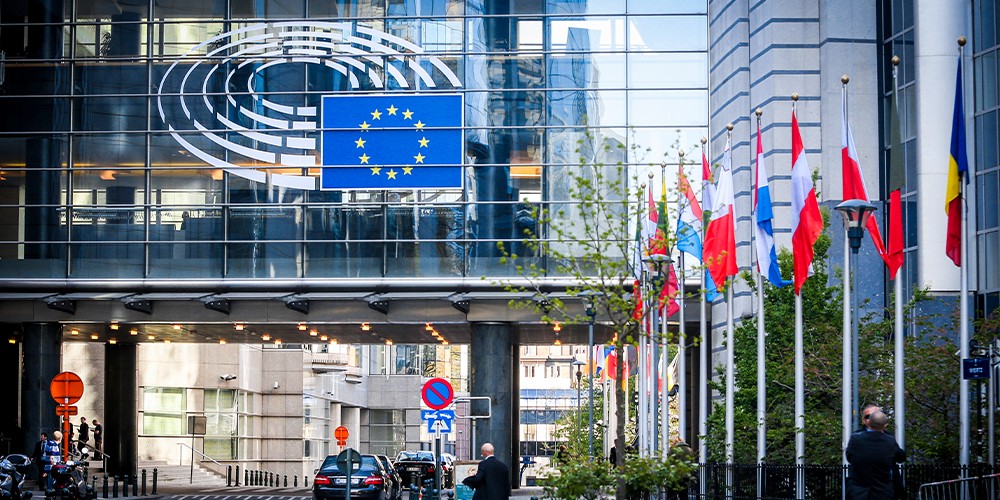 The route to resolution in the dispute over German legal conditions on European Central Bank monetary easing may run through a committee room in Brussels. In a move that could help dispel uncertainly about the German Bundesbank’s part in ECB quantitative easing, Christine Lagarde on 8 June will discuss (by video link) a possible compromise solution with the European parliament’s economic and monetary affairs committee.

As part of the ECB president’s regular dialogue with European law-makers, committee members will ask her to explore ways of producing a cost-benefit analysis of the ECB’s five years of euro area-wide government bond purchases. European parliament intercession would be in line with the ECB’s unassailable legal position of accountability to European and not national institutions.

In this way, the ECB could indirectly answer the German constitutional court’s demands on 5 May for a fuller explanation of the ECB’s €2.2tn public sector purchase programme started in March 2015. This was augmented three months ago with an additional €750bn pandemic emergency purchase programme to counter Covid-19 effects.

The court has asked the German government and parliament to ensure that the ECB’s 25-member governing council makes a ‘decision’ by early August on a ‘proportionality assessment’ listing the drawbacks as well as benefits of the PSPP. The verdict has drawn much criticism from around Europe. German politicians have generally treated it with deference.

The ECB council, which meets on 4 June to discuss possible PEPP extension and enlargement, is likely also to consider the ECB’s ideas for a path through the constitutional court tangle. Lagarde, a trained lawyer, stresses the bank’s European status and says she is ‘undeterred’ by the judgment. She wishes to present the council with a way forward that comprehensively quashes any notion that the ECB can take ‘instruction’ from elsewhere or is under the jurisdiction of any national entity.

Many governing council members see the need for a constructive solution that upholds the ECB’s independence and its prime treaty objective of maintaining price stability, while at the same time upholding the dignity of the Karlsruhe court, Germany’s best-respected state institution. Involving the European parliament appears to be a propitious compromise route.

The Karlsruhe judgment has posed significant risks for the cohesiveness of euro area recession-mitigation efforts. Yet it has been a significant factor propelling the French and German governments and the European Commission to press ahead with the debt-financed €750bn recovery fund unveiled last week, as an important, necessary but far-from-finalised complement to ECB bond-buying.

Some elements of the legal, technical and political imbroglio over the constitutional validity of the ECB’s PSPP measures bear resemblance to Franz Kafka’s tale of inexplicable legal persecution in The Trial. The ECB stands accused of misdemeanours it says it did not commit by a court it does not recognise, in an opaque legal process with no specific evidence, explicit rules or clear-cut criteria for conclusion.

The opening lines of Kafka’s novel are: ‘Someone must have been spreading lies about Josef K. for without having done anything wrong he was arrested one morning.’ At one point, Kafka’s protagonist opines in frustration: ‘This kind of judicial process requires that one should be ignorant as well as innocent when one is condemned.’

In the case of Karlsruhe, the one point where all sides agree is the need to avoid at all costs the threatened outcome ensuing from the ECB’s non-compliance: an order from Germany’s highest court for the Bundesbank no longer to participate in the PSPP. This would present the German central bank with an insoluble conflict between its national and European duties, and possibly spur the unravelling of the euro bloc.

One course of action would be for the ECB council to sanction assembling a ‘proportionality’ statement to assist the ECB’s much-publicised strategy review, to be produced by late July and eventually made public. Among the document’s terms of reference would be conditions for the PSPP’s pursuance and eventual ending.

The ECB task force drawing up the document could make use of many published and non-published sources. Relevant ECB governors have signalled willingness to release non-public national documents to assist in drawing it up.

On 18-19 June, Lagarde, taking part in a European council meeting, could inform EU leaders of progress.

The ECB and Bundesbank could assist in transmission of an early outline to the German chancellery, German finance ministry and relevant Bundestag committees, as well as to the European parliament.

On 29 July, a final version of the document could be signed off by the governing council, which adopts a decision approving the contents and declaring they are in line with its mandate. The report would be sent to the European parliament and published on the ECB website – leading to the German authorities distributing a copy to Karlsruhe.

If all went well, by mid-August the court could give the ‘all clear’, allowing the ECB’s QE to survive – at least until the next legal and political battle.