Argentina and creditors enter new round 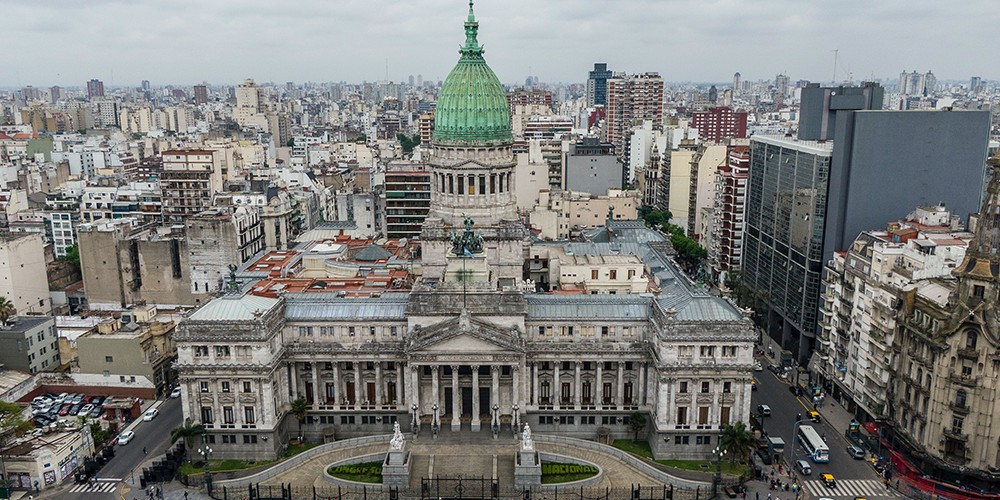 Argentina’s complex and difficult debt negotiations seem slowly headed toward a landing zone. On their current trajectory, however, these talks may undermine an achievement reached only years ago – the advent of ‘enhanced collective action clauses’. This important innovation must be protected.

It provided for the possibility of ‘single limb’ aggregation, in which a vote on a series of bonds could be aggregated to determine whether those bonds together would be restructured. Previously, such votes had taken place mainly on a series-by-series bond basis, in some cases allowing a creditor to purchase a minority stake in a given bond and block its restructuring. The creditor could then pursue full repayment even after an overwhelming majority of creditors had participated in the overall restructuring.

The new mechanism was put forward against the backdrop of contentious developments in Greece and Argentina, as well as a rising decades-long tide of sovereign debt litigation. Renewed calls emerged, including in the United Nations, for the creation of a global sovereign debt bankruptcy mechanism, an idea long viewed in the US as unrealistic.

This standard, the product of a more than year-long international process led by US Treasury staff that I chaired, was endorsed by the G20 leaders and International Monetary Fund. It was backed by the Institute for International Finance and many civil society organisations. The new clauses were written by the International Capital Market Association, which has over 600 official and private sector members involved in global capital markets and held an open and transparent public consultation on them.

Almost all emerging market foreign law sovereign bond issuers have adopted this standard. Half of all such bonds include enhanced CACs. The European Union has agreed to introduce ‘single limb’ CACs by 2022.

While it is difficult to know what is going on behind the scenes, reports suggest that the negotiations between Argentina and its creditors could threaten to undermine this important achievement and its benefits.

Buenos Aires reportedly is in effect requesting bondholders’ permission to mix and match different series of bonds in order to maximise the outcome of the aggregated voting to its advantage. Some of these bonds were issued in 2005-10 with old-style CACs. Others, issued in 2016, follow the new standard.

Many creditors apparently perceive this stance as providing Argentina with excessive discretion in using enhanced CACs to the detriment of creditor rights. Therefore, some may want to abandon the new standard altogether and revert to a contractual framework closer to former series-by-series bonds. This would allow a minority holder to block the restructuring of individual bonds. They think doing so would offer better legal protection and perhaps allow them to secure higher returns.

Questions are likely to be raised about whether Argentina’s strategy is feasible and could be challenged in court as to its consistency with the new framework. Sovereign debt negotiations are often rancorous. Both sides appear quite stirred up by the other, hardly a first in the history of Argentina’s relationship with its creditors.

Any undermining of the new global standard could hurt other emerging markets using enhanced CACs in their quest for more orderly and predictable contractually based sovereign debt restructurings. That could inject greater uncertainty and litigiousness into the sovereign debt restructuring framework, precisely when more orderliness may be needed because the coronavirus crisis could push many countries into unsustainable debt positions.

The G20 and IMF need to publicly speak up, forcefully reaffirming their endorsement of enhanced CACs. Argentina, as a member of the G20 and given the global community’s longer-term interest in an orderly sovereign debt restructuring process, should ensure that the new standard is faithfully incorporated into any debt exchange. Private creditors also supported the adoption of enhanced CACs, as these provided much greater predictability for restructurings, and should also reaffirm their backing.

Argentina and its creditors will undoubtedly fight about haircuts, coupons and the like. But enhanced CACs are in everyone’s interest – issuers, creditors, and the wider international community and global economy.

Mark Sobel is US Chairman of OMFIF, and formerly a long-time US Treasury official and chair of the Roundtable that developed the enhanced CACs.