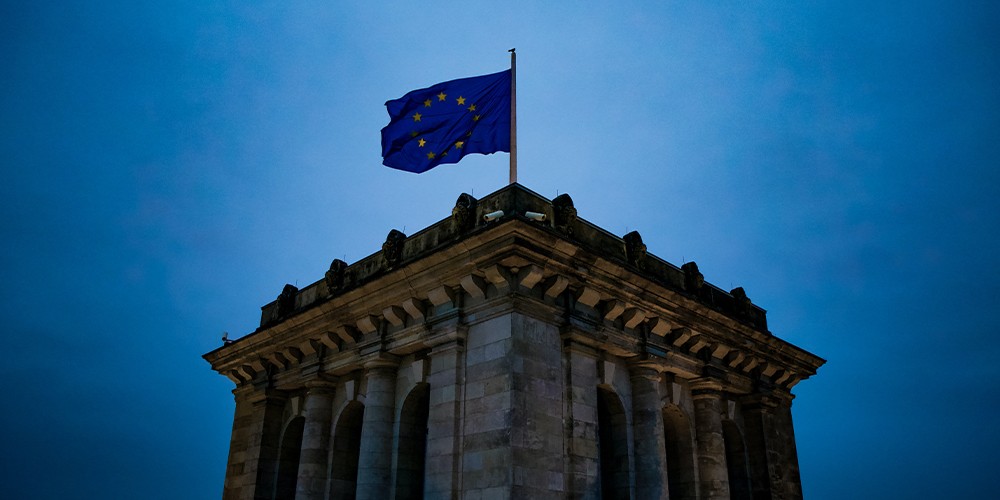 Is the EU a supranational or intergovernmental body?

The dispute between Germany’s constitutional court and the European Central Bank over the Bundesbank’s role in quantitative easing is not as simple as some commentators have implied. It is not a case of ‘Frustrated Germans objecting when they do not get their way’ or even ‘Germany resisting the ever greater federalisation of support finance’. It is a major challenge to the legal structures of the European Union and the heart of the European project.

For the ECB, the ruling is an irritant and creates work at a challenging time. But the ECB is not seriously threatened. Even if it was, politicians would ensure it survived – they might even misquote former ECB president Mario Draghi and say, ‘Within our mandate, we are prepared to do whatever it takes to preserve the ECB’.

The central bank thinks it has a good enough defence of what it has done and will therefore agree – or condescend – to go along with the demand for a review. It is happy to play its part because it expects the process not to derail what it is doing.

But this is a high stakes game and it is not clear what happens if the review’s conclusion is that they cannot proceed. Does it bow to the ruling? There are grounds for not accepting it; the ECB is subject to EU, rather than German, law and it has to hold the interests of the euro area paramount. But would the Karlsruhe court then compel the Bundesbank, subject to German law, to withdraw from the pandemic emergency purchase programme? And if a national central bank refuses to take part in an ECB programme, can it be suspended from other parts of the Eurosystem? Can it, indeed, still consider the euro its currency?

The European court of justice is potentially the main loser. The ECJ is a final court, from which there is, in theory, no appeal. Yet the Karlsruhe court has allowed an appeal against its ruling and decided that it has the authority to hear that appeal. By, in effect, declaring that the ECJ got something wrong, the ruling from the Karlsruhe court is a direct challenge to it, to the whole system of the courts of justice of the EU, and, ultimately, to the basis of EU law and how member states apply it.

There is a mechanism for testing the rulings of the ECJ: bring a case before it to seek ‘clarification’. Courts are fallible. Many final courts have reversed some of their judgments. But no final court can afford to accept a slap on the wrist like this.

This could be a culminating moment in the age-old question of whether the EU is an intergovernmental body or a supranational one. Just as no one at the ECB has answered the question of whether it is a classical hierarchical institution (ECB as holding company, NCBs as operating arms, duty-bound to follow the Council’s rulings) or a simple joint venture (NCBs as independent holding companies, ECB a special purpose vehicle they have created to execute some of their joint duties and to which they have voluntarily ceded some of their powers), the same is true of the EU itself.

Is the EU an intergovernmental body set up by sovereign nation-states which retain ultimate sovereignty or a supranational body with powers to bind its member states even when they do not agree?

Or, to bring the matter to specifics, when the Bundesbank, a German institution under German law and also a member of the ECB, which is under EU law, receives conflicting judgments in which the national court says one thing and the ECJ another, which does it follow?

For over 60 years the EU has been like Schrödinger’s cat: half supranational, half intergovernmental. Until someone opens the box to test it, it will stay in this halfway state. The Karlsruhe court has opened the box. The ECJ’s fear is that in doing so it might force a resolution of the question – and the answer might be that the EU is in fact an intergovernmental body. In which case the superstructure of supranationalism, including the authority of the Commission, the position of the ECJ, the status and supremacy of EU law, might evaporate.

Far too much has been invested in the EU for the member states to allow this to happen. But in preventing it, the EU might be forced into some awkward compromises. And its authority over member states, already flouted routinely by countries like Poland and Hungary, will be further diminished.

There is a simple solution open to Germany. If you do not like the club, leave. As the UK has shown, that option does exist. I doubt that this will be the outcome. But, after last week’s ruling, no one can be sure.