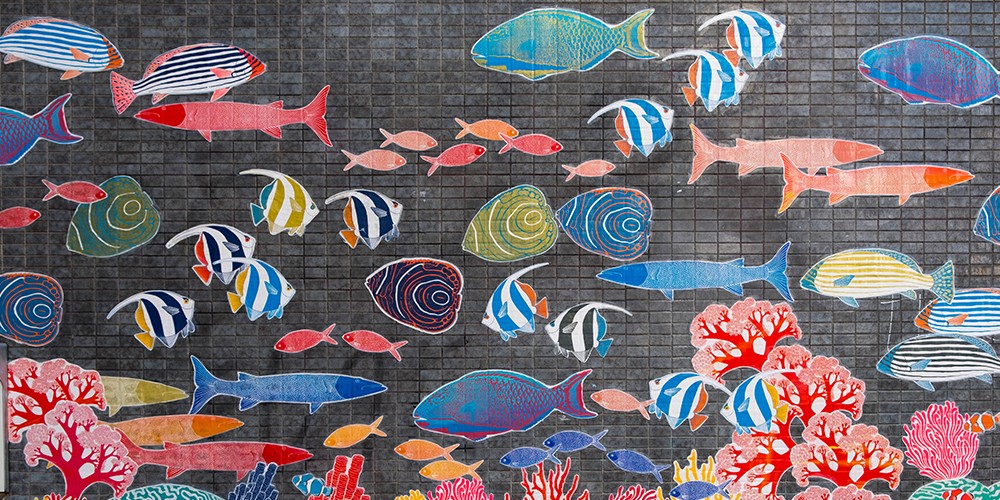 Decision-makers should reflect public they serve

In times of crisis, central banks play a critical role in maintaining financial stability and supporting the economy. Effective financial policy-making requires an understanding of how shocks impact the general public, made stronger when informed by a diverse set of views. Unfortunately, central banks do not always reflect the heterogeneity of the citizens they serve.

Out of 12 regional presidents of the US Federal Reserve System, Atlanta’s Raphael Bostic is the only African American. In the wake of recent protests against police brutality across the US, he published a statement calling for an end to systemic racism. Bostic is only the third non-white regional president in the Fed’s century-long existence. The first was Narayana Kocherlakota, appointed president of the Minneapolis reserve bank in 2009, followed by current president Neel Kashkari. The 10 other regional banks have never had a non-white president.

The Federal Reserve is aware of the lack of diversity and holds itself to account by regularly publishing figures on minority representation on the boards of each regional bank. Board directors give local perspective on economic conditions that inform policy. Since policies – and crises – can impact communities of colour differently, representation on these boards matters. Transparency in their composition creates pressure to consider race and ethnicity in the selection of directors.

Both the board of governors and the regional banks monitor workforce diversity, and each one has a dedicated diversity officer. They implement programmes aimed at recruiting staff from minority backgrounds, as well as increasing the proportion of women in leadership roles. 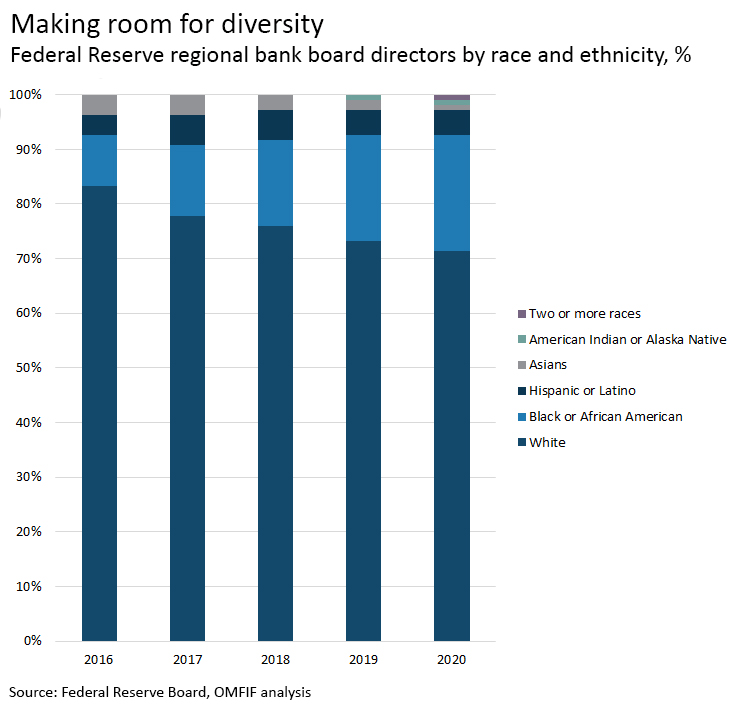 Similarly, the Bank of England lacks minority representation in top positions, but publicly acknowledges the problem and sets targets for improvement. Only 5% of senior management are from black, Asian and minority ethnic backgrounds, less than half of its target 13%. Its governor, deputy governors and chief operating officer are all white, and COO Joanna Plaice is the lone woman in this executive team. No person of colour has ever served as governor. The monetary policy committee is all-white, and only one out of its nine members is a woman.

To help correct this, the BoE has a number of networks meant to support its staff and encourage inclusion. There is a BAME network, as well as religion-based groups to help connect colleagues with similar backgrounds. The BoE also implements sponsorship programmes to support the upwards progression of BAME staff.

The European Central Bank has yet to publish figures on the racial and ethnic breakdown of its senior management, although the absence of diversity in the top governing bodies is clear. In 22 years, no person of colour has served on its executive board. The governing council, which includes the executive board and the 19 governors of national central banks in the euro area, is entirely white. There is also a striking lack of gender diversity, as President Christine Lagarde and board member Isabel Schnabel are the only women in these groups.

Like the Fed and BoE, the ECB recognises the need for improving diversity, and has networks and programmes that promote a more balanced and representative workforce. There could be more diversity in the lower rungs of the Eurosystem, but without data available, the homogeneity in top positions is glaring.

The effectiveness of monetary policy should ultimately be judged by how well it serves ordinary workers and consumers, especially the most vulnerable, in times of widespread economic uncertainty. Decision-makers in central banks must bear in mind the specific difficulties that different racial and ethnic groups face, and represent those realities in policy formulation. They need to veer away from groupthink, or the tendency to gravitate towards the dominant perspective. Without diverse views on the table, central banks will end up serving only a segment of the economy they are meant to protect.