US fiscal wrangling in full force 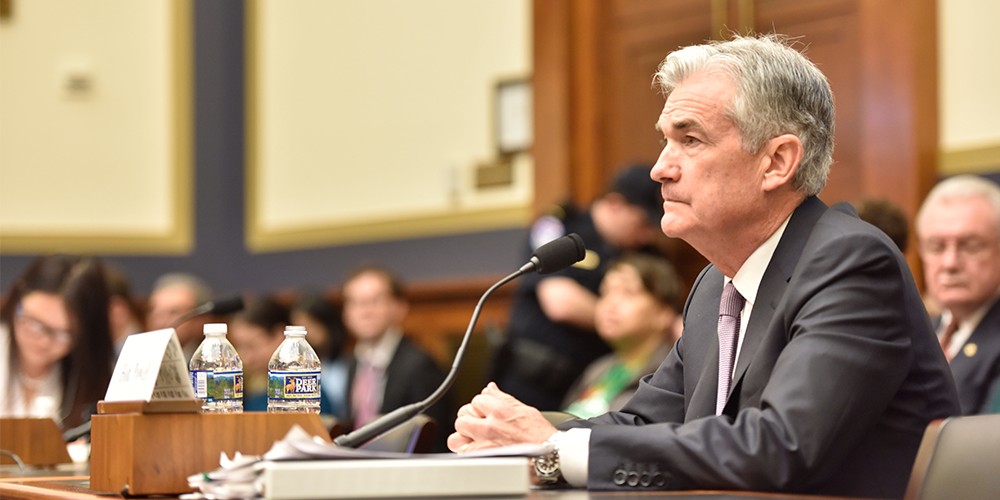 It would be a mistake to view the June Federal Open Market Committee meeting and Federal Reserve Chairman Jerome Powell’s Humphrey-Hawkins testimony as staid gatherings. Between the policy statement, dot plot, and Powell’s press conference and Congress appearance, strong views were conveyed about monetary policy and the need for fiscal support.

At its June meeting, the FOMC was able to leave the fed funds rate unchanged. But the overall tenor was still decidedly accommodative. Some have called the outcome a ‘dovish hold’.

The FOMC and Powell testimony were clear – the growth outlook is dire and challenging. Inflation is not now a worry. While estimated long-run full employment was left unchanged, there are concerns about labour market scarring and permanent job losses. Powell again demonstrated his deep commitment about focusing on the ‘maximum employment’ component of the dual mandate. Hence, the dovishness.

The Fed is intent on using its tools to support the economy. It has further scope to act. The central bank vowed to maintain the current pace of its purchases of Treasury and agency securities.

But monetary policy’s effectiveness is diminished around the zero lower bound and the Fed’s room for manoeuvre is somewhat limited. It has firmly ruled out negative interest rates as a bridge too far in the US. Forward guidance is already being deployed. In essence, ruling out rate increases through 2022 conveys clear guidance about the rate path, even if the guidance could be made more explicitly state-contingent rather than date-contingent. So too did Powell’s quip that ‘we’re not even thinking about thinking about raising rates’. On yield curve control, by signalling that the fed funds rate will be kept at zero for the foreseeable future, along with continued large asset purchases, the front end of the yield curve is fairly well anchored.

The Fed had others reasons to stand pat. While the central bank can address liquidity concerns, fiscal support is a far more potent tool in the current circumstances in providing direct support to businesses and workers. The outlook for the economy and monetary policy will depend considerably on the fiscal path. Thus, while waiting to see how conditions evolve makes sense for the Fed in and of itself, it also sends the clear message to Congress and the executive that the ball is in their court. The Fed should not be seen as the only game in town.

And the fiscal wrangling is now coming into full force.

Both Democrats and Republicans recognise that the economy will need further support, particularly given continuing difficult US economic conditions, forthcoming presidential elections, and a looming fiscal cliff as the enhanced $600 weekly unemployment insurance benefit is slated to expire at end-July. Nor can one imagine the Republican party would wish to risk entering the election campaign with a significant weakening in fiscal support.

Analysts expect a new fiscal support package by late July. But getting there will be enormously contentious.

Mitch McConnell, the Senate Republican leader, has mentioned a $1tn figure (around 5% of US GDP), the president’s team $2tn and the House Democrats $3tn.

Nor is there agreement on how the funds should be allocated. Democrats would like to maintain robust enhanced unemployment benefits. The Republicans fret that the scale of these benefits is a ‘disincentive’ to work and would like to pare the benefits or provide a ‘back to work’ bonus. The Democrats stress state and local government support, given their enormous fiscal shortfalls and key role in delivering services. Republicans will go along but have been far less vocal on this front.

Republicans are emphasising liability protection for businesses in the face of Covid-19 as workers return. Democrats want to prevent a weakening of worker protections. Some Republicans are also speaking about capital gains and payroll tax reductions, which will be resisted by Democrats. Undoubtedly, talk about infrastructure packages will again be in the air, especially with President Donald Trump’s $1tn proposal, but infrastructure proposals have long languished.

In the past months, Congress and the executive branch have provided timely fiscal support for the US. With the Fed standing its ground but sending forceful signals, the action is again rightly shifting to fiscal policy. The fiscal debates over the next month should prove highly contentious, before a new spending package is finalised.

Listen to Mark’s podcast with Tim Duy, which influenced this piece.