US unprepared for money supply boom 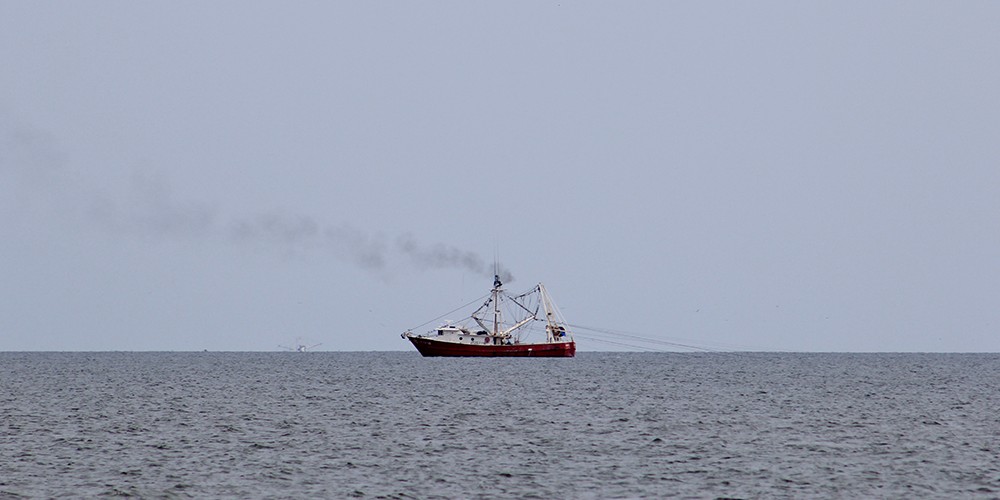 Different monetary theories across the Atlantic

Money crosses borders with ease. Theories about money have a harder time. US monetary economics focuses on the central bank balance sheet. Some theories link the balance sheet directly to nominal GDP and inflation. Others connect it to broad money via the money multiplier, the method favoured by undergraduate textbooks and Milton Friedman and Anna Schwarz in their Monetary History of the United States.

Stephen Cecchetti and Kermit Schoenholtz have made short work of both these proposed ties between the central bank balance sheet and other macroeconomic variables.

In Britain, monetary theories developed differently. The focus of British monetary economics is not the central bank balance sheet, but the balance sheet of the entire banking system. This approach starts with the observation that money is mostly bank deposits, a liability of the banking system. 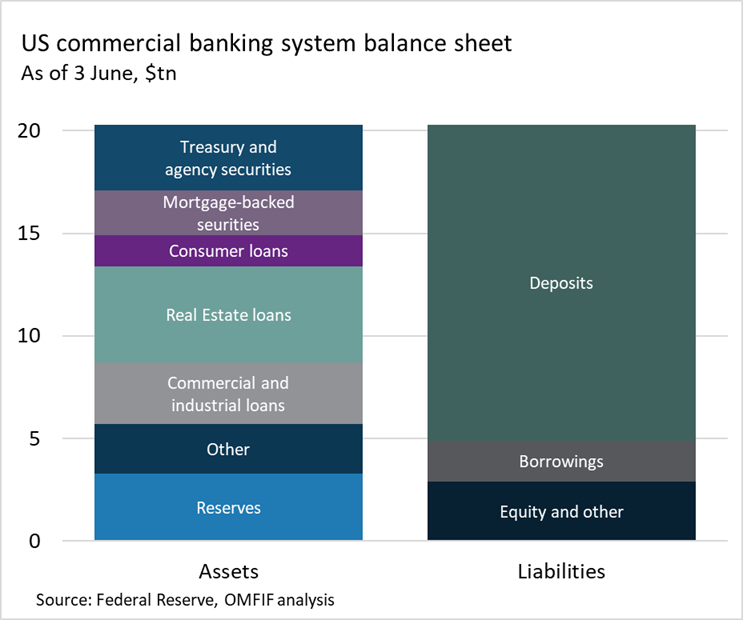 As an item on the banking system’s balance sheet, it can be impacted by changes in any other element on the balance sheet, the so-called balance sheet counterparts. The main counterpart is lending to the private sector, but another important one is government bond holdings, which means money growth can be spurred by fiscal as well as monetary policy. This happened in the US toward the end of last year, when President Donald Trump’s budget deficits led to more bond purchases by banks, causing the money supply to accelerate. 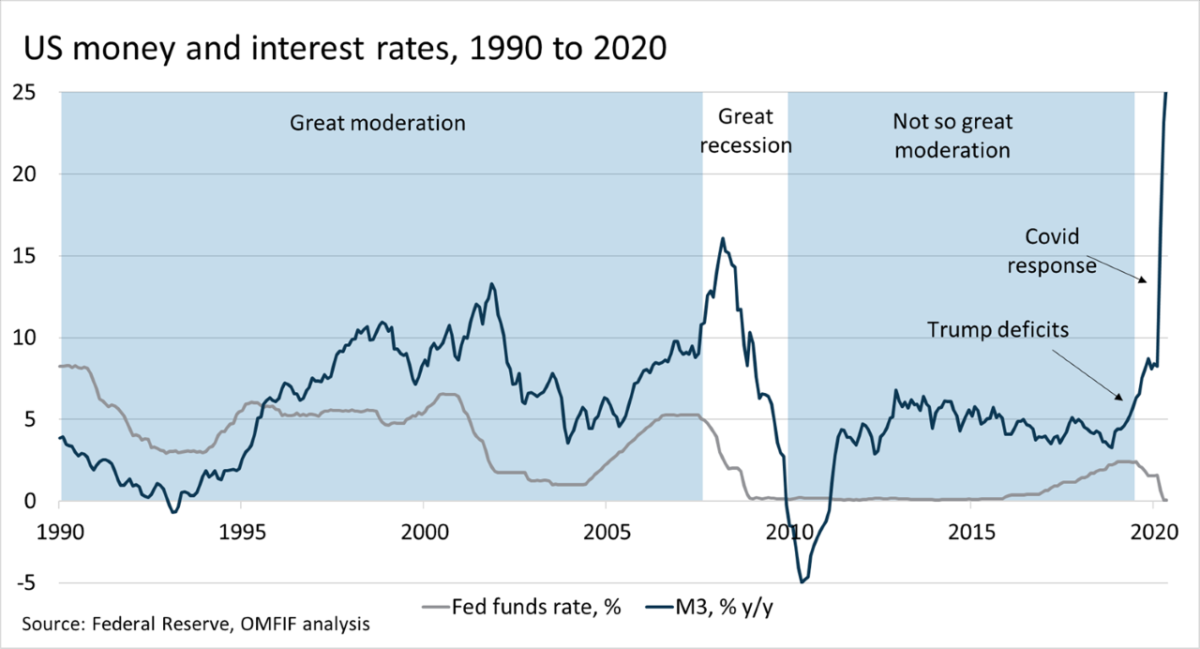 During the heyday of monetarism in the 1970s and 80s, when money supply targeting was tried in various forms, the UK relied on the counterparts approach rather than Friedman’s multiplier. His main contribution to British economics was not monetary, it was the vertical Phillips curve; the idea that there was no long-run trade-off between unemployment and inflation.

The difference in theoretical approaches across the Atlantic may owe to the differing development of banking systems. UK banks had achieved huge economies in reserves by the early 20th century, because of a high degree of market consolidation and intermediaries called discount houses. This meant the level of bank reserves was rarely on constraint on British banking activities. The US banking system remained highly fragmented in comparison. 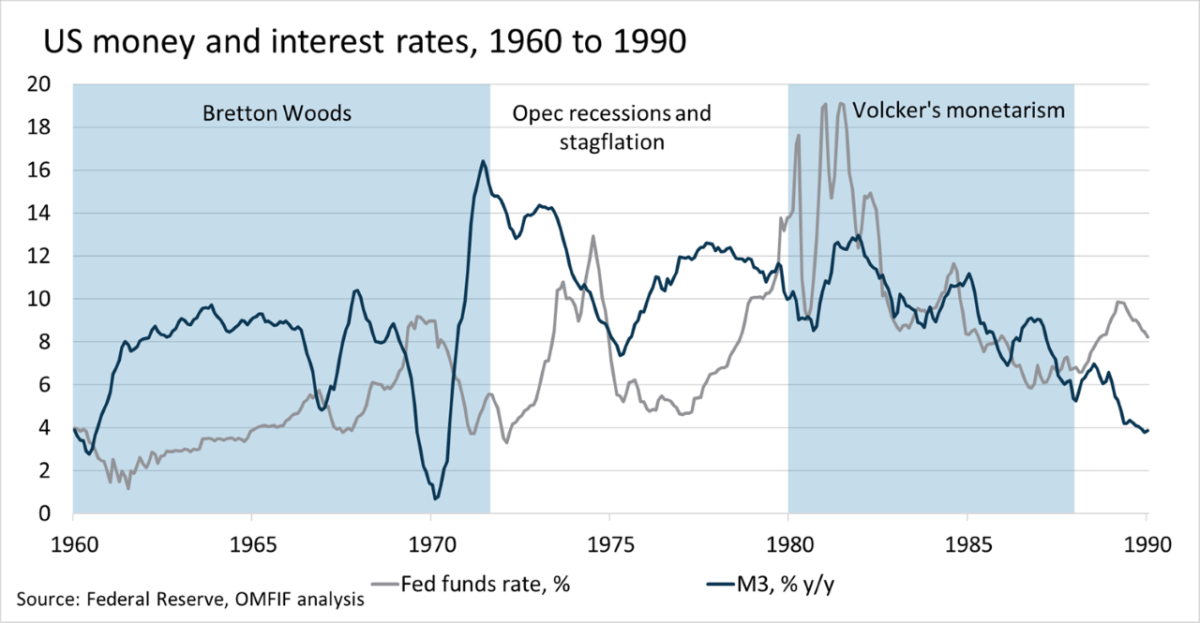 It may be narrow to call this a ‘British’ approach; it was also used in the rest of Europe and the European Central Bank includes the counterparts analysis as part of its monthly monetary statistical releases. It is difficult to understand changes in money without it. Regardless, few US economists appear to have much knowledge of it. Ed Nelson, an economist at the Federal Reserve, criticised it in a must-read paper on British monetary history co-authored with Nicoletta Batini, now at the International Monetary Fund. The main line of argument is that the counterparts is based on an identity, not an equilibrium condition. It is wrong therefore to assume counterparts will be independent of each other.

For example, an increase in the budget deficit may lead to a rise in interest rates and a fall in private sector borrowing, leaving money unchanged. Independence will occur to a degree that changes based on the economic environment, and with interest rates at zero and other factors that might cause counterparts to trade-off against each other looking absent, that independence is currently occurring to a high degree.

Another problem is to do with data rather than theory. Cecchetti and Schoenholtz point to a lack of correlation between M2 and inflation over the 2010s, deducing that monetary aggregates are poor indicators of inflation. The reason why there was no correlation is because M2 is a narrow aggregate. As the interest rate on long-term savings accounts declined, money was moved from long-term accounts not included in M2 and into short-term accounts that were, creating a rise that did not reflect an increase in overall money. This also happened in the euro area, with economists watching the narrow M1 putting out inaccurate inflation forecasts.

A better US aggregate is M3, which can be estimated by adding institutional money funds and large-time deposits to M2. The original M3, which the Fed ceased publishing in 2006, included Eurodollar deposits of US companies. Broadening the aggregate to include longer-term deposits shows a better pattern – the low-growth, low-inflation 2010s are accompanied by low money growth. M3 growth is a good indicator of demand-side conditions in all the main eras of US macroeconomic history except the 1990s, when its volatility was not reflected in either inflation or nominal GDP, leading many economists to abandon it as an indicator.

Due to changes in the financial system, definitions of money require updating every one or two decades. Current US data is therefore imprecise. Analysing the counterparts is also problematic. Comprehensive balance sheet data is collected from US commercial banks, but less so from the money funds that create money.

High money growth is likely to persist. Fiscal, monetary, and prudential policies have shifted to a pro-employment stance and away from an anti-inflation, anti-deficit one. Second, policy-makers prefer to look at the labour market rather than monetary aggregates, with the two currently giving opposing signals. Monetary aggregates fell out of fashion during the 1990s due to a loss of usefulness, and perhaps associations with the free market politics of monetarism. But they have proved a reliable indicator of demand and inflation over the 2010s, more so than the labour market. If this continues, the US will find itself with high inflation, but with neither the theory nor data to manage it.