by David Marsh and Danae Kyriakopoulou  21 May 2020 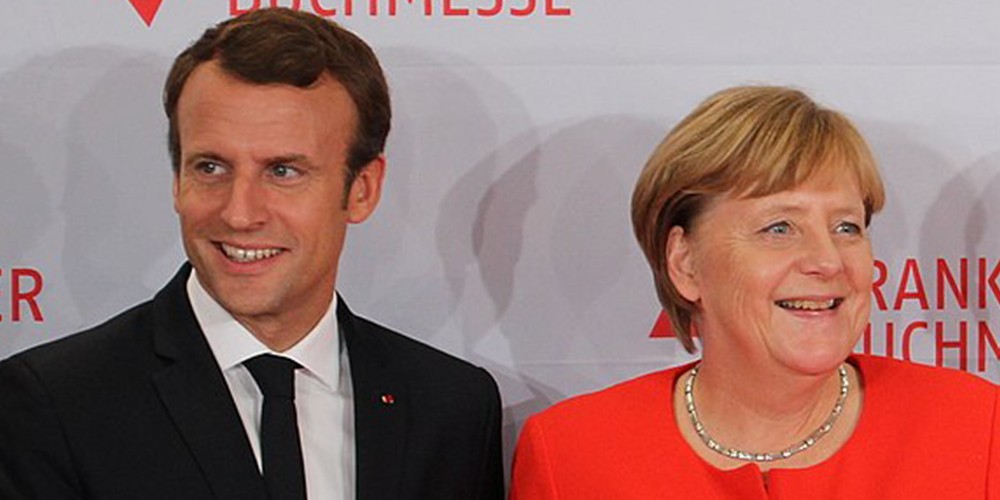 Padoan: ‘Recipient countries must show they can properly use these funds’

The Franco-German plan for a €500bn recovery fund is a welcome move towards greater European Union support for continent-wide pandemic recovery measures, rather than a historic step towards debt mutualisation and full fiscal union.

It marks an important shift in the German approach to continent-wide risk sharing, reflecting Berlin’s worries about heaping funding pressure on the European Central Bank and an erosion of support for European integration in hard-hit southern debtor countries.

The proposal, unveiled on 18 May by Chancellor Angela Merkel and President Emmanuel Macron, accompanies behind-the-scenes manoeuvring over the 5 May German constitutional court judgment setting constraints on the German Bundesbank’s participation in the ECB’s five-year-old public sector purchase programme.

The German finance ministry has asked the ECB, at the highest level, to take a constructive line in meeting the Karlsruhe court’s requirement for a ‘proportionality assessment’ of the €2.2tn PSPP. The delicate message given directly to Christine Lagarde, ECB president, is that the ECB should not rely on the Bundesbank to assemble and communicate to the German government and parliament the ECB’s bond-buying cost-benefit analysis required by the Karlsruhe verdict. The Berlin government – principal defendant in the long-running lawsuit finalised on 5 May – believes a diplomatic solution can be found that upholds the ECB’s independence and European legal status, answers Karlsruhe’s strictures, and allows the Bundesbank to continue with the PSPP.

The Merkel-Macron plan for temporary European Commission borrowing, earmarked for grants, not loans, to pandemic-hit member states, faces strong scepticism from northern and eastern EU states wary of extra budgetary largesse for southern states. The proposal falls a long way short of the analogy advanced by Olaf Scholz, Germany’s finance minister. Scholz, vice chancellor under Merkel, compared it this week with the 1790 fiscal reform under which Alexander Hamilton, the first US treasury secretary, pooled revenue collection powers and autonomous borrowing powers at the level of the fledgling central government.

Some observers believe that Merkel – who has long opposed mutualised EU borrowing through ‘eurobonds’, now ‘corona bonds’ – would not have agreed to this week’s surprise joint démarche with Paris without the stark Karlsruhe reminder that ECB bond-buying faces limitations.

Echoing the view of many Italian commentators and politicians, Padoan says, ‘The plan goes in the right direction. Apart from the amount of money, and with grants rather than loans, it’s important that it is part of a growth strategy, with different instruments for achieving it. Europe is showing strategy as well as leadership, underpinned not by eurobonds but bonds for Europe.’ Padoan adds: ‘In effectiveness, €500bn in grants is equivalent to €1tn in loans. There is no excuse for recipient countries not to do their homework. These countries need to carry out reforms to use the money properly. There will be some opposition from the northern and eastern members of the EU, but I’m more worried about the recipient countries; they must show that they can properly use these funds.’

Alongside these caveats, there are many reasons why this is not Europe’s ‘Hamiltonian’ moment. First, scale. The recovery fund would increase the spending ceiling of the EU budget only modestly, to 2% from 1% of gross national income (the Commission’s accounting yardstick). This represents €165bn per year, less than 1% of EU GDP. Second, the actual contribution to crisis-hit countries, like Italy, will end up even smaller than this symbolic headline. Contributions to reimbursing joint debt will be shared across all member states. Even if crisis-hit countries end up receiving more than they put in (which they will surely do), the difference between the two is unknown.

Third, there are limits to the asymmetry. Assuming no country gets more than twice its share, the ultimate amounts will probably be small for economies like Italy, Spain and Greece compared with the depth of the recession. Fourth, the time horizon. The Merkel-Macron declaration that the fund will be temporary – a significant condition for support by Merkel’s conservative parliamentary supporters – sits uncomfortably with the perspective that approval and build-up may take three to four years.

Fifth, it’s not yet a done deal. Habitually frugal countries, like Austria, Denmark, Sweden and the Netherlands, have voiced objections and may force the plan’s dilution. There are doubts over how the fund will be financed and reimbursed. The EU will have to secure support from across member states, including non-euro members less keen on integration, possibly bringing a heavy political price.

The Franco-German step sends an important political signal. Profiting from a crisis-induced surge in her popularity and a sharp fall in support for the extremist anti-euro Alternative for Germany, Merkel – planning to step down next autumn – is seizing the chance to secure her legacy as a European integrationist. But this brings a potential drawback. Even if the plan gets off the ground, it will be her successor who has to achieve the monumental task, with the rest of the EU, of making it a success.