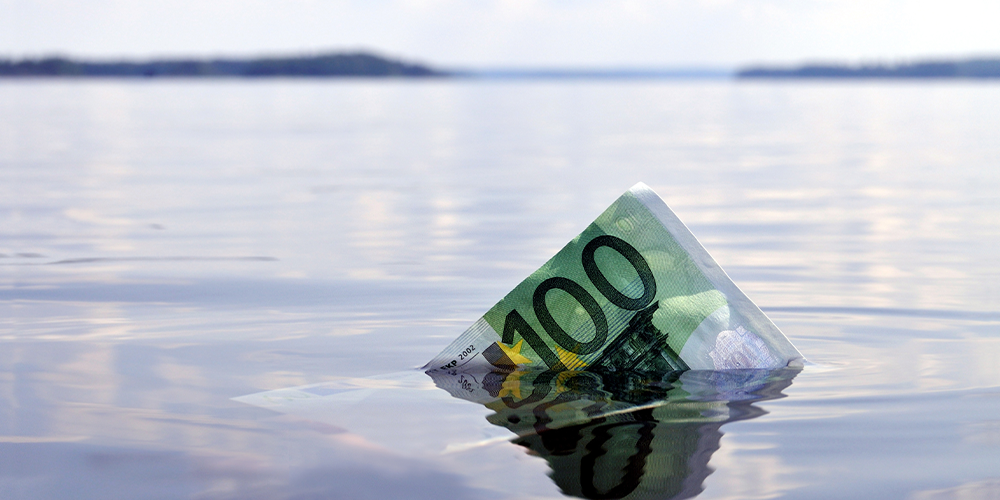 Doubts on legality of pandemic reinvestment measures to help Italy

The European Central Bank is a relatively young central bank operating in a complex European institutional and legal setting. Sometimes things go wrong, especially when other actors (national governments or European Union authorities) do not (or cannot) live up to their responsibilities, or act too late. The size and complexity of the ECB’s difficulties seem to be rising. The central bank appears the prisoner both of its problematic institutional environment and of the over-accommodating stance of its past monetary policy.

We can see this in the delicate interplay between two sets of new monetary instruments: the ‘flexible’ policy on reinvesting bond portfolios acquired in the 2020-22 pandemic emergency purchase programme, and the ‘transmission protection instrument’, which the governing council decided on 21 July to combat euro area fragmentation. These issues may appear technical, but they are highly important for legal and political reasons.

To take one important element: there are considerable grounds for doubting the legality of the ECB’s significant shift of PEPP reinvestments in July towards buying the bonds of the most indebted governments. Net purchases under PEPP ended on 30 June because the instrument was no longer judged necessary to meet the effects of the pandemic emergency. Therefore, the ECB needs to explain why in July it injected €17bn into Italian, Spanish and Greek markets under the ‘flexible’ reinvestment programme.

Christine Lagarde, ECB president, has characterised these reinvestments as the ‘first line of defence’ against fragmentation problems. The newly announced TPI is presumably the second line in this defensive arsenal. But she has refrained from spelling out the relationship between these different programmes.

The ECB’s decision to back ‘flexible’ reinvestment and, more importantly, the governing council’s unanimous support for TPI, led the ECB to decide a larger than expected 0.5 percentage point rate on 21 July. The evident fear of fragmentation partly explains why the ECB’s tightening policy has been lagging well behind that of other central banks. Unfortunately, most members of the governing council do not appear to realise that one of the reasons for current inflationary developments is the extremely accommodative monetary policy of recent years.

The ECB is allowed to purchase government bonds, but only within the limits laid down by the European treaties. This issue has been the focus of numerous legal clarifications over the years, at the European court of justice and the German constitutional court. Asset purchases are not permitted to lead to direct monetary financing or measures that would circumvent this prohibition, since this would jeopardise incentives for sound budgetary policies. Furthermore, they should not endanger the ECB’s overriding responsibility: maintaining price stability.

If these conditions are fulfilled, the ECB is allowed to support the EU’s general economic policies. How exactly these restrictions should be interpreted has been the subject of many discussions and legal battles. These look set to continue. For we now have three instruments to deal with what the ECB terms as ‘unwarranted’ fragmentation.

The PEPP was designed to tackle pandemic-related risks. ‘Outright monetary transactions’, decided in 2012 and never used (to my mind, a successful bluff by Mario Draghi, then ECB president), aims to deal with country-specific redenomination risks (i.e. the threat that one or several states could leave the euro). In addition, we have TPI, dealing with disorderly market dynamics deemed to threaten to monetary policy transmission.

This proliferation of anti-fragmentation instruments is unsatisfactory because they are subject to different kinds of restrictions that have not been clarified. These circumstances do not uphold transparency, rather the opposite.

There are several areas where the ECB urgently needs to clear up outstanding points. For this reason, I support the proposal by Ignazio Angeloni and Daniel Gros for a ‘user manual’ to codify the functioning of the TPI and its links with other programmes.

We need to clarify the role of the ‘capital key’, the key benchmark for asset purchases across jurisdictions in the euro area, reflecting the percentage share of national central banks in the ECB’s capital. In assessing whether the ECB’s purchases stick to the capital keys, the relevant metric is the stock of purchased assets; the flows can temporarily deviate. However, the longer the reinvestment period lasts, the more difficult it is to maintain that there is no monetary financing of government budgets. This is especially the case when substantial deviations from the capital keys persist over a long period. Long-lasting reinvestment periods self-evidently weaken the incentives for fiscal soundness.

In the 21 July TPI announcement, the ECB did not mention whether the capital keys would be the ultimate benchmark for bond purchases. Setting purchases according to capital keys might well be deemed as inimical to the TPI’s purpose. However, this information gap needs to be closed.

Linked to the capital key issue are further open questions: Who is carrying out the purchases? And who bears the risks involved in these interventions?

Under the Eurosystem’s large-scale quantitative easing that started in March 2015, 20% of public sector securities purchases have been subject to risk-sharing. The rest of the buying has been by individual NCBs which bear the risks on their own account. In the negotiations on ‘fine tuning’ the TPI now under way among the NCBs and ECB committees, unrestricted/unlimited risk sharing will undoubtedly come up again as a proposal.

This is not illogical given the nature of TPI. But I don’t see a mutual risk-sharing decision gaining the approval of the German constitutional court. Whether we like it or not, German institutions and citizens have to obey the court – and this includes the Bundesbank.

It’s highly important that the ECB spells out how it will fulfil its commitment to ‘sterilise’ bond purchases under the TPI, in line with its avowed intent to avoid an easier policy stance for the euro area as a whole. A sterilisation commitment under the securities purchase programme (the ECB’s original anti-fragmentation scheme, started at the onset of the Greek financial crisis in 2010), as well as under the OMT, was seen as crucial because such a commitment clearly separated the use of anti-fragmentation instruments from general monetary policy. In a ‘normal’ institutional setting (in a unified state such as the US, Japan or the UK), such a separation wouldn’t be necessary. This is the reason why no single country has three specific anti-fragmentation instruments.

Europe is different, because fragmentation problems are linked to countries and not to specific segments of the financial sector. The ECB is at risk of blurring the demarcation between instruments that are used for ‘stance’ or ‘transmission’ reasons. As a result of treaty provisions, the ECB must be transparent about whether, and to what extent, it is pursuing anti-fragmentation policies or general monetary policies. The ECB may believe that a clear-cut sterilisation commitment is not in conformity with the TPI’s character. But unless it gives such a commitment, the TPI will not be in conformity with the treaties.

Perhaps the thorniest issue concerns the distinction between ‘warranted’ and ‘unwarranted’ interest rate differentials – due to, respectively, structurally divergent economic developments and those caused by speculative or other forces outside an individual country’s responsibility. One common characteristic of the anti-fragmentation instruments is that they can be activated only in case of ‘unwarranted’ interest rate differentials. Draghi outlined this distinction when he presented OMT in 2012.

During the ECB’s 24 years of existence, fragmentation problems have always been closely linked to countries with high debt ratios. These don’t matter when interest rates are very low (for whatever reason) but start to play a role when interest rates rise. The problems resulting from the present tightening of monetary policy have thus been entirely foreseeable. If a country such as Italy, which over the past quarter-century has never showed a debt ratio below 100%, runs into political difficulties, then it can be fairly asked whether this is not a self-inflicted problem.

In deciding whether to activate TPI, the ECB will have to judge whether spreads are ‘warranted’. This is an enormously difficult judgement. Central bankers will not be alone with their decision. Financial markets participants are bound to test central bankers’ view of the difference between ‘warranted’ and ‘unwarranted’ spreads. The greater the doubts about the resilience of the structures the central banks are trying to defend, the harsher will be the test of strength with the markets that eventually materialises.