10 years after Draghi moment, ‘whatever it takes’ becomes ‘what if?’ 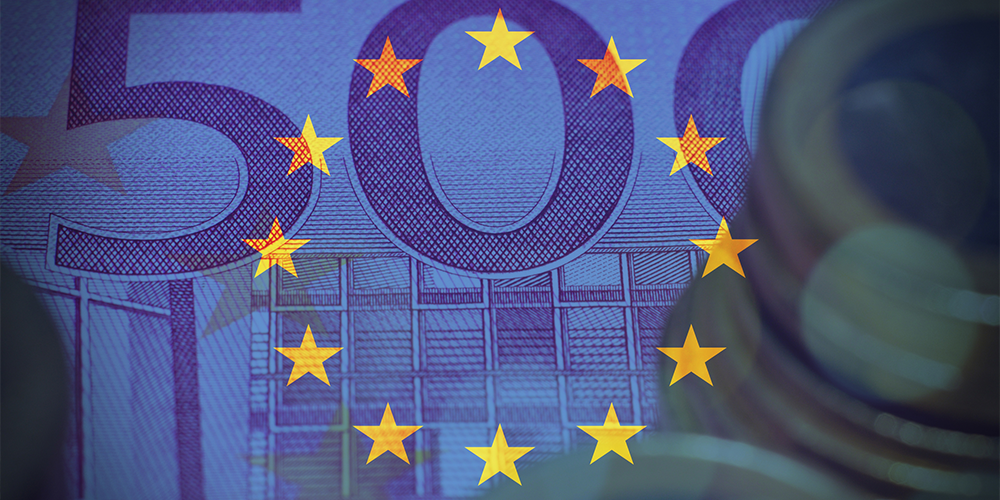 Mutually assured constraint is the centrepiece of the European Central Bank’s device to ward off euro area fissures and quash any speculation about an unravelling of monetary union. But the details of the ‘transmission protection instrument’ unveiled on 21 July underline how the balance of power has moved firmly towards the monetary tightening faction on the ECB’s governing council.

Exactly 10 years after Mario Draghi launched his ‘whatever it takes’ euro rescue scheme in London, the former ECB president has metamorphosed into a caretaker Italian prime minister presiding over – until the 25 September election – an imploded coalition. Christine Lagarde, Draghi’s less sure-footed successor, has assured markets that the new facility’s firepower is potentially unlimited. But her explicitly stated reluctance to use it, together with the elaborate conditions behind its governance, make clear that, a decade after the ‘Draghi moment’ on 26 July 2012, ‘whatever it takes’ has become a more restrained ‘what if?’.

The TPI – with the appellation changed from the previously indicated ‘mechanism’, intended to emphasise the semi-routine nature of the move – is designed to keep any new Italian government firmly on the path of economic orthodoxy. At the same time, interlocking parameters respecting last week’s innately complex governing council deal enshrine the ECB’s obligations to Italy (and other indebted euro members) should markets become excessively disorderly.

Beyond the technicalities, the 25-person council would have to take deeply political decisions on whether and how to introduce special bond purchases under the TPI. Unlike for the securities market programme launched at the height of the euro area’s sovereign debt crisis in 2010, the full council and not just the six-person ECB board will decide on implementing this instrument. This adds an important layer of assessment and judgement to its deployment. European central bankers are aware that they may eventually have to take crucial decisions on the viability of a post-Draghi Italian government. This would mark a full-scale entry into the political arena which the ECB has traditionally abjured, but may now not be able to escape.

There is a strong belief that – at least in the starting phase of the Italian election campaign – significant hurdles to the TPI’s usage will prevent deployment. This could potentially allow Italian bond spreads with German government bonds to rise beyond the present range of 200 to 235 basis points.

Showing superficial similarity, the ECB’s outright monetary transactions programme – dubbed neither outright nor monetary nor a transaction – formulated in September 2012 after Draghi’s London speech, has also never been used. However, the OMT was widely credited with bringing about a marked narrowing of euro area bond market spreads in subsequent years, whereas the TPI’s performance may be less glittering.

The ECB’s controversial 21 July policy normalisation step – raising interest rates by 50 basis points, beyond Lagarde’s guidance of 25 basis points – was the latest in a series of ECB verbal adjustments (see below). Having stopped its net bond buying under the asset purchase and pandemic emergency purchase programmes last month, the ECB wanted to show it is taking inflation (8.6% in June) extremely seriously. The ECB recognises that its new ‘pragmatic’ line of making policy decisions meeting-by-meeting ends for the time being any pretence of steering markets with even short term guidance.

Although the two steps were clearly linked, the TPI move (decided at the start of last week) and the interest rate decision (taken in the course of a swirling debate during the 21 July deliberations) were not part of a preset compromise. Joachim Nagel, the Bundesbank president who took over in January, has emerged as a tactical victor. He formulated in May a plan to raise the key ECB deposit rate from minus 0.5% to zero in July, ending eight years of negative rates, but was unsure whether he could push this through on the council.

Supported by some of the other traditionally more hawkish council members, and acquiescence by members previously opposing undue tightening, the measure passed. Mindful of strong legal hurdles to TPI implementation, the Bundesbank and other more sceptical euro member representatives put forward a battery of guidelines for engaging TPI.

The TPI eligibility criteria are not ‘conditions’, in the sense that other bodies do not have to give formal approval, although the country concerned has to take prior action in line with recommendations.

This is an attempt to counter the celebrated reluctance of Italian politicians – especially Giorgia Meloni, a possible post-September Italian prime minister and leader of the Brothers of Italy party heading Italian opinion polls – to ‘sign up’ for any special measures. Veteran ECB watchers welcome that combatting problems in monetary transmission has now become, for the first time, an established part of the governing council’s range of monetary instruments.

The onus will be on the governing council to determine whether distortions in spreads are ‘unwarranted’ or a reflection of fundamental factors. The criteria include compliance with the European Union’s fiscal framework, absence of severe macroeconomic imbalances, fiscal sustainability, and sound and sustainable macroeconomic policies. This means that non-compliance could cut off Italy not only from the TPI but also from a planned €200bn of largesse under the Next Generation EU recovery fund – a powerful source of leverage for other European states. The weight of criteria explains why Nagel has now publicly stated, in a Handelsblatt interview on 22 July, that the plan is legally watertight.

The council would take into account debt sustainability analyses by the European Commission, European Stability Mechanism, International Monetary Fund and other institutions, together with the ECB’s internal analysis. This is a strong set of potential tripwires, the subject of much analysis in coming months – important but not insuperable hurdles for the next Italian government.

‘We debated internally within the governing council about the pros and cons of sticking to the signalled 25 basis points of July… We decided, on balance, that it was appropriate to take a larger step towards exiting from negative interest rates.’ 21 July 2022

‘In line with our policy sequencing, we intend to raise the key ECB interest rates by 25 basis points at our July monetary policy meeting.’  9 June 2022

‘Inflation has increased significantly and will remain high over the coming months, mainly because of the sharp rise in energy costs.’ 14 April 2022

‘Any adjustments to the key ECB interest rates will take place some time after the end of our net purchases under the APP [asset purchase programme] and will be gradual.’  10 March 2022

‘Demand conditions in the euro area do not show the same signs of overheating that can be observed in other major economies. This increases the likelihood that the current price pressures will subside before becoming entrenched.’ 7 February 2022

‘Price rises have become more widespread, with the prices of a large number of goods and services having increased markedly. The role of temporary pandemic factors means that the persistence of these increases remains uncertain. Market-based indicators suggest a moderation in energy price dynamics in the course of 2022.’ 3 February 2022

‘Inflation will fall less than we all had all envisaged a year ago, but it will fall.’ 20 January 2022

‘Under the present circumstances, it is very unlikely that we will raise interest rates in the year 2022. But we have to be very attentive to what data tells us.’ 17 December 2021

‘I see an inflation profile that looks like a hump… and a hump eventually declines… 55%-60% of inflation is from energy prices… By the end of 2022 it will have declined significantly.’ 3 December 2021

‘We still see inflation moderating in the next year, but it will take longer to decline than originally expected.’ 15 November 2021