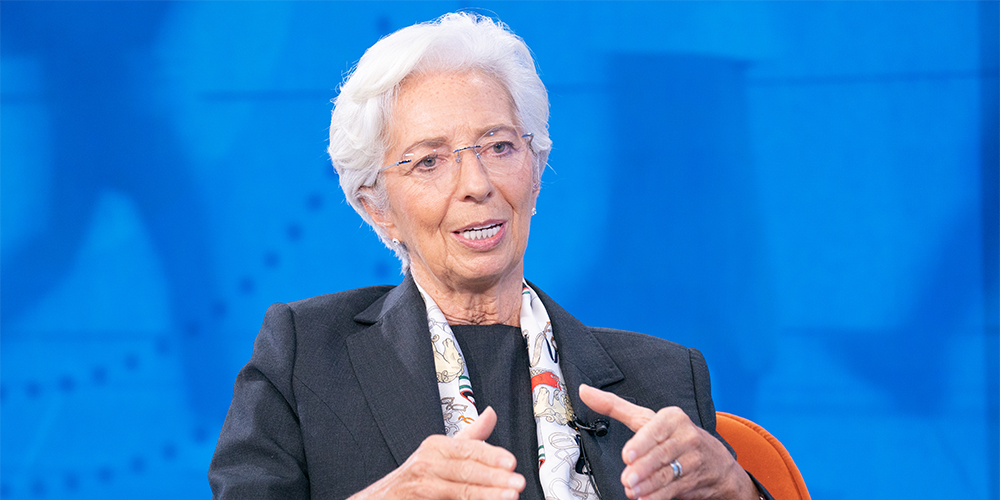 The European Central Bank is walking a tightrope in its planning for an ‘anti-fragmentation instrument’, to be unveiled after its governing council meeting on 21 July. Doubts in Italy over Mario Draghi’s government – combined with Germany’s highest inflation since the 1970s, intensified US monetary tightening, the ending of ECB net bond purchases and Ukraine war uncertainties – heighten the euro area’s vulnerability.

With Draghi facing a new confidence vote in parliament on 20 July, investors are concerned that, if a new government is formed either before or after elections due by summer 2023, Rome may not maintain compliance with Next Generation EU funding conditions. Any significant ECB corrective action would be impossible. This would send bond market spreads spiralling higher between stronger and weaker members of monetary union. And it might depress the euro further on the foreign exchanges – another factor stoking inflation.

The ECB’s planned new device is called the ‘transmission protection mechanism’. The name demonstrates the importance of transmitting monetary policies evenly, avoiding the impression that the ECB is launching new generalised bond-buying.

Christine Lagarde, ECB president, is facing criticism within and outside the bank’s governing council for not having earlier inaugurated technical preparations for the TPM. They were officially announced only on 15 June at the ECB’s hastily convened ‘emergency’ meeting after its 8-9 June session in Amsterdam largely sidestepped the issue. Informal deliberations on limiting bond market spreads have in fact been proceeding since last autumn. The discussions have been mainly outside council meetings, avoiding publicity and allowing Lagarde to parry difficult-to-answer questions at press conferences.

Revealing a development it failed to communicate earlier, the ECB’s official account of the 8-9 June meeting, published on 7 July, states, ‘A call was made for work on a possible new anti-fragmentation tool to be accelerated and completed rapidly since the risk of fragmentation could intensify as the ECB advanced with its monetary policy normalisation.’ After the 15 June meeting the ECB announced it was ‘mandating’ relevant committees ‘to accelerate the completion of the design of a new anti-fragmentation instrument’ – raising the question why this step was not taken and announced before.

Lagarde has been banking on the adequacy of merely announcing a new mechanism, reasoning that the central bank should keep markets guessing rather than giving details. However, in the harsh circumstances of 2022, there are good reasons why the ECB cannot carry out a reprise of the 2012 ‘Draghi moment’ – when as ECB president he made his unscripted (and ultimately successful) ‘whatever it takes to preserve the euro’ speech.

Here are eight thorny questions facing the governing council as it debates the TPM.

1. The ECB has edged itself into a corner on expectations

Some members of the council favour minimising the linkage between the planned rise in the ECB’s policy rates on 21 July – the first for 11 years – and announcing a fully-fledged anti-fragmentation programme, where many key issues remain unresolved. Protecting Lagarde from awkward communications is an important consideration. Key features of the TPM including timing and duration, conditionality, trigger points for intervention and sterilisation or neutralisation of the proceeds are all highly sensitive. If a half-formed or ambiguously worded TPM emerges, a market sell-off may ensue.

2. Inflation is the key, particularly after 9.1% US price rise in June

Council members pressing for policy normalisation recognise the need for a simultaneous ‘anti-fragmentation’ effort. But the former should take priority, with real interest rates deeply negative and with ECB staff economists having underestimated inflation for 10 months in a row. The more hawkish faction wishes to lower the perception that a spread of 2 percentage points between German and Italian yields is a sign of crisis. These members argue that market dynamics should allow Italian and German yields to settle at an equilibrium level.

Net purchases under the ECB’s government bond facilities – the asset purchase programme and the pandemic emergency purchase programmes – stopped at the end of June. These purchases are reflected in the Eurosystem’s greatly expanded €4.9tn public and private sector bond portfolio. As official figures circulating internationally show, the maximum effects of reinvesting PEPP redemption proceeds flexibly, in a way that favours Italy, fall well short of compensating for the big decline in support rendered by the ending of the main programmes. Even in the highly unlikely case of all PEPP redemptions being invested in Italian bonds in 2022-23, net monthly ECB purchases of Italian debt of around €12bn would be smaller than the average 2021 figure of €15bn.

With the ending of the APP and PEPP, the ECB cannot buy specific government debt without an outside authority setting conditions. Strictures set in 2016 by the German constitutional court – in relation to Draghi’s (never used) ‘outright monetary transactions’ programme decided in September 2012 – constrain the Bundesbank’s participation in any new measures. In particular the court rules that any such action should be short term only and should be reversed as soon as the conditions warranting it are no longer in place.

5. Getting the German-Italian balance right poses a big challenge

Any limited scheme on bond purchases that would be acceptable to the Bundesbank and other more orthodox members of monetary union would run into strong opposition in Italy. And a framework that would meet the needs of Italy would fall foul of the Bundesbank. The constitutional court has no power to stop overall ECB programmes – and even its legal hold over the Bundesbank is contested. Theoretically the euro area could proceed with a TPM with the Bundesbank participating either under duress or not all. However, that would be a dramatic blow to the credibility of the single currency.

6. Involving the ESM could be a sensitive issue

The proposal by Ignazio Angeloni, a former ECB official, for the involvement of the European Stability Mechanism, the EU’s government support scheme, in a modified version of the OMT programme has been given backing in some circles. A new paper with Daniel Gros, director of the Centre for European Policy Studies, extends the proposal further. But conditionality is a key barrier, especially in view of the Italian government impasse. Any measure requiring ESM approval would bring the ECB into the political sphere, since it would require sign-off by all EU member governments, including possibly national parliaments. This might be difficult to achieve.

The relationship between Lagarde and Joachim Nagel, the new Bundesbank president, which started the year positively, may now be under somewhat more strain. Appointed at the end of last year, Nagel has been allotted the difficult task of both securing majorities on the ECB council and helping tighten monetary policy. He now faces a similar predicament to that of Jens Weidmann, his predecessor: finding himself in a structural minority on the council in key decisions. There are differing interpretations of the reasoning behind the hastily arranged meeting on 15 June, upsetting plans for key council members (including Nagel) to make speeches at an event in Milan that day. Some believe that recourse to emergency procedures marked a return to Draghi’s well-honed tactics of narrowing the council’s freedom of manoeuvre. In apparent defiance, on 4 July Nagel warned of the difficulty in deciding whether divergences in bond yields met legal tests for justifying ECB corrective action. This could take place only ‘in exceptional circumstances and under narrowly defined conditions.’

8. By combatting fragmentation, the ECB may end up highlighting it

Stefano Micossi, director general of Italian corporate grouping Assonime and a veteran of the Banca d’Italia, has put forward plans for the ESM to relieve the ECB of part of its policy burdens by taking over the sovereign debt on its balance sheet. He accepts, though, that the political position in Italy makes the plan currently unfeasible. Combining competing ECB objectives is an uphill battle: ‘I hope the ECB will find a solution that investors will regard as viable, but a central bank finds it difficult to act in two directions at once. Interest rates need to rise because of inflation and, when this happens, spreads automatically widen for the more indebted countries.’ In the giant task of overcoming fissures in the euro area at a time of high inflation and rising interest rates, some of the problems confronting the ECB are grimly inevitable.