How the European Stability Mechanism can help Italy 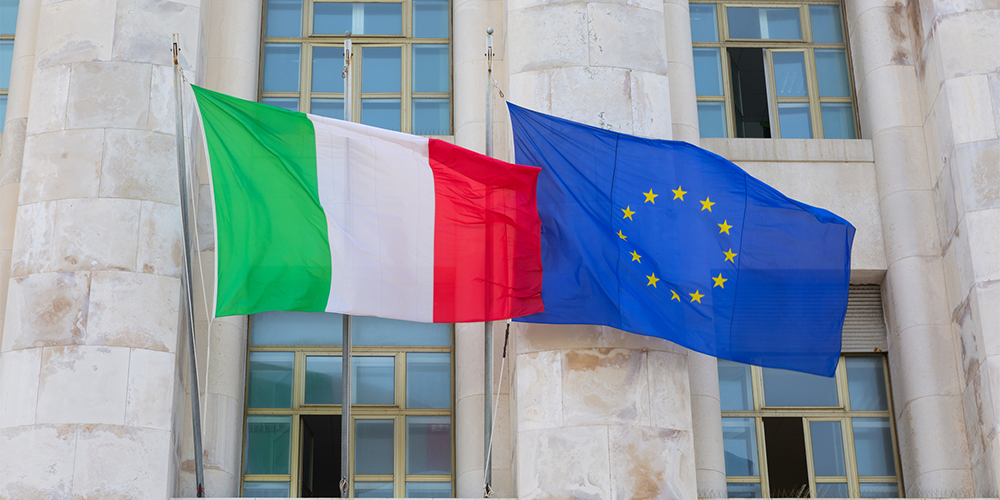 A way of solving the ECB’s fragmentation problem

There is a solid and relatively trouble-free way to help Italy and overcome the European Central Bank’s problem of ‘fragmentation’, which is becoming a major challenge for financial markets. Italy should turn to the European Stability Mechanism, the European Union’s financial support scheme. It should apply for a credit line under the ESM’s precautionary facility, designed for countries whose economic and financial situation is fundamentally sound.

Italy fulfils all the conditions to access that facility. The ESM would need to certify that fact. A credit line would be open but Italy would not draw on it. This would open the door for the ECB to purchase Italian bonds with an instrument which already exists, not a new and imponderable one. Italy (with Germany) has not yet ratified the new ESM treaty, but this is not an obstacle: the precautionary instrument can be activated under the old treaty as well as under the new one.

If Italy applied for such a precautionary line, this would allow the ECB to use its most powerful anti-fragmentation tool – the outright monetary transactions mechanism, launched by Mario Draghi as ECB president in 2012. OMT, together with the three famous words (‘whatever it takes’) worked wonders without ever being used.

Under the OMT umbrella, an ECB intervention programme designed to control sovereign spreads would be well grounded, legally and functionally. It would provide the ECB, and Italy itself, with valuable insurance to weather the potentially troubled waters of coming months. At the moment, buying such insurance is relatively cheap. It may become more expensive.

Using the OMT in this way would avoid the problem of Italy applying for a fully-fledged ESM adjustment programme. This would be unpalatable politically as Italy approaches general elections, with a large component of eurosceptics in the political spectrum. In addition, an adjustment programme for Italy is unwarranted. The country is dealing satisfactorily with emergencies emanating from the pandemic and energy crisis. It is fulfilling the conditions of accountability and solid use of funds attached to Europe’s Next Generation EU programme. And in a number of fundamental areas, Italy’s economy has performed better than expected over the past 18 months.

Some of the difficulties the ECB now faces are self-inflicted. By delaying its response to inflation, the central bank is now forced to act faster, which can surprise and unsettle markets. This has resulted in the past few weeks of volatility in Italy’s yield spreads against other government bonds such as Germany’s. Moreover, the ECB’s insistence on stopping asset purchases before raising rates removed from its toolkit a precious shock-absorber to smooth the market impact of the upturn in the monetary cycle.

Just six days after pre-announcing a sharp rise in interest rates at the last regular policy meeting on 9 June, Christine Lagarde, ECB president, called an extraordinary meeting. She confirmed earlier indications that the ECB will deliver soon a new instrument against fragmentation – re-baptised in Italy as the ‘anti-spread shield’. Market expectations now focus on the next meeting, on 21 July.

Whatever is announced then needs to be credible and overwhelming. Markets would not take lightly another disappointment or postponement. It would become a very hot summer. Yet designing an effective ‘shield’ is not easy. With inflation above 8%, the response cannot be more monetary easing. Any purchase operations targeted on specific bonds would need to be ‘sterilised’, i.e. compensated by matching sales of other bonds to keep intact the desired overall monetary stance. It is noticeable that, unlike in the debt crisis of 2011-12, market pressure for now is concentrated on one country. Spain’s and Portugal’s spreads are about half of Italy’s.

At first glance, the solution is simple. It would require purchases of Italian bonds and sterilisation through selling low-spread sovereign bonds. Of Italy’s €2.75tn sovereign debt, €780bn is held by non-residents, a component which has been volatile in the past. The rest is with the Banca d’Italia and other Italian resident holders (largely banks). By coincidence, that amount matches almost perfectly the combined Eurosystem holdings of bonds of countries with triple a ratings: Germany, the Netherlands and Luxembourg. Theoretically, the ECB could enact a ‘twist’ between the two classes of bonds, or at least announce a willingness to do so, in the hope that mere announcement (as was the case for the OMT) would calm markets.

Unfortunately, whatever its technical merits, such a programme would be inconceivable for many reasons. It would be hard to justify on pure monetary policy grounds. Lagarde herself said, in March 2020 at the start of the Covid-19 outbreak, that the ECB was not tasked with closing spreads, though she later tempered that statement.

More complicated from a technical viewpoint is that such an operation would require the ECB to have, at least internally, a trigger level for setting off intervention. What would that be? Ignazio Visco, the Banca d’Italia governor, has indicated that a German-Italian spread above 2 percentage points for 10-year bonds is unjustified. Limiting the spread in this way may require large sale and purchase operations, with two undesirable consequences. First, it would structurally weaken the market for Italian paper – foreign holders are comparatively active and help provide much-needed liquidity. Second, the balance sheets of the central banks might suffer. A 2016 ruling of the German constitutional court warned against a negative impact on the Bundesbank of ECB’s operations. The risk of legal challenge is always just around the corner, severely lowering the plan’s credibility.

For all these reasons, the ECB council should not try to devise a thoroughly new programme, but make use of an instrument already in its toolkit. The ESM’s precautionary facility represents the right way forward – protecting both Italy and the future functioning of monetary union.