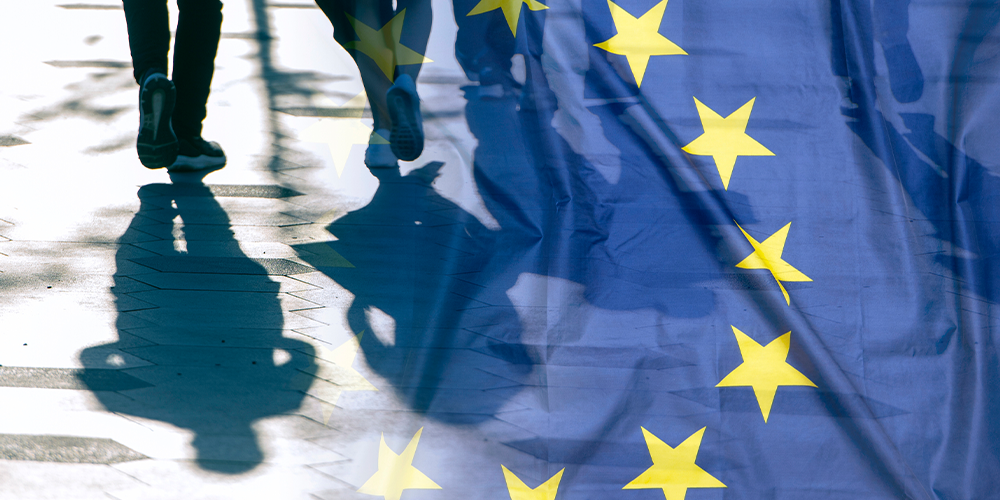 What is the appropriate spread between German and Italian government debt? The obvious answer is ‘what the market determines’, but the European Central Bank is clearly unhappy with that result.

The return of inflation and a backdrop of rising rates have led to a rapid widening of European government bond spreads. The 10-year BTP is around 200 basis points wide of the Bund — a mark last hit during the first wave of Covid-19 in Europe in early 2020.

It is worth spending a moment to reflect on why this is a problem. Debt sustainability is the first concern but the relevant factor there is the absolute yield (or, more precisely, debt servicing cost versus cashflow), not the spread. If Italy is forced to pay 7% for its 10-year paper (as was briefly the case during the sovereign debt crisis), then debt sustainability will be a concern regardless of what Germany pays.

While the threat of default is remote, widening spreads have the ECB governing council worried about uneven transmission of monetary policy, with a broad range of monetary environments coexisting within the euro area.

Accordingly, the governing council held an emergency meeting last week and issued a statement announcing that the relevant committees are designing a new anti-fragmentation instrument to be announced at the July monetary policy meeting.

Although the ECB clearly has a figure in mind that constitutes too wide a spread, they are reluctant to commit themselves to defining that number. At least, most of them are. Ignazio Visco, governor of the Banca d’Italia, said on 16 June that Italy paying more than 2% over Germany was ‘unjustified’. For the moment, this is simply the pronouncement of one governing council member, not ECB policy, but it does suggest a level the ECB may be willing to act to defend.

The rest of the governing council are wise in remaining reticent on committing to a number. While the Bank of Japan is happy to maintain a cap on Japanese government bond yields, for the ECB to become the sole arbiter of sovereign credit risk in the euro area would be a dangerous step. It would give countries carte blanche to borrow money in the certain knowledge of the ECB’s support. It would, at a stroke, end market-based incentives to adhere to the stability and growth pact or implement fiscal consolidation.

Speculation on the nature of the ECB’s new anti-fragmentation instrument is rampant. In previous years, widening spreads would have caused the ECB to simply up the pace of purchases in its quantitative easing programmes but, with inflation finally reappearing in the euro area, the ECB is reluctant to expand its balance sheet.

The ECB will already be making use of the flexibility inherent in the pandemic emergency purchase programme. Unlike the ECB’s other asset purchase programmes, PEPP need not scale its purchases to the capital key. That flexibility allowed the ECB to purchase some €22.8bn more of Italian government bonds under PEPP than they would have done if spending the same amount on APP purchases.

But with PEPP’s net purchases ending in July, the ECB’s firepower with this instrument is drastically reduced. The ECB can disproportionately favour BTPs when it reinvests the proceeds from maturing assets, but the analyst community is doubtful that the flow of reinvestments will be enough to stem widening spreads.

Speculation in the press based on unnamed ECB sources suggests that the ECB is considering frontloading its reinvestments, perhaps by purchasing new securities to an amount equivalent to the value of those rolling off in the next 12 months. That would give the ECB flexibility to buy more BTPs without making expansion of the balance sheet permanent.

A simpler solution would be to make the flexibility afforded to PEPP a feature of the ECB’s asset purchase programme. Flexible, loosely defined asset purchases proved immensely effective at controlling spread widening during 2020, but such a measure would provoke legal challenge in the German constitutional court at Karlsruhe.

But tinkering with its QE toolkit is not the only avenue available to the ECB. The outright monetary transactions were launched in response to the threat of fragmentation during the euro area sovereign debt crisis. Although they were never deployed, their announcement gave investors confidence in the ECB’s willingness to support the euro area and helped control spreads effectively.

But OMTs require recipients to enter a European Stability Mechanism bailout programme and the reputation of these instruments suffered in the wake of the Eurosystem’s bailout of Greece. In Italy in particular, accepting conditionality on EU funds is widely regarded as a politically toxic renunciation of sovereignty.

In any case, spreads are widening. The problems of uneven monetary policy transmission will rear their heads long before there is any real likelihood of the ESM being called in. The OMTs are fundamentally a crisis recovery instrument.

One possible means of closing spreads while circumventing the challenge of political conditionality would be to launch a version of OMT with little to no conditions imposed on recipients.

This would simply move the site of contention from the national parliaments of the recipients to the political theatre of the euro area. Many euro area countries would look askance at no strings attached cash handouts that, although they would compress spreads, are likely to stoke inflation and weaken the euro.

With the huge piles of cheap debt built up across seven years of quantitative easing, fiscal dominance was always going to be a threat when rates began to climb. It will be an innovative and elegant tool that allows the ECB to contain spreads widening and still address rising inflation.