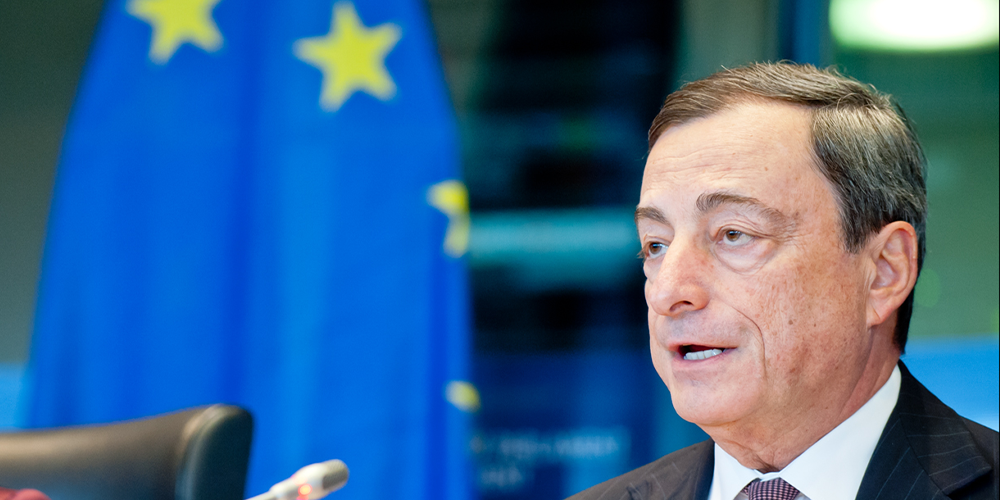 Technical ECB action to relieve upward pressure on Italian bond yields will be on the agenda at the meeting in Amsterdam on 8-9 June. Concerns over Italian political stability have resurfaced, even though latest Banca d’Italia figures show the country became a net creditor at end-2021. This change from its previous long-running negative net international Investment position has been largely overlooked by financial markets.

Steps to help narrow the widening gap between Italian and German bond yields – now the highest for more than two years – form part of a finely balanced deal on gradual monetary tightening. The central bank on 9 June will announce an end to its extended quantitative easing through government bond purchases, started in March 2015. From July it is likely to raise interest rates, set at negative levels since 2014.

Christine Lagarde, ECB president, faces an acute political and financial dilemma, caused by a combination of the Russo-Ukrainian war, after-effects of Covid-19, a decade of monetary accommodation and latest US interest rate hikes.

Europe is confronting the highest inflation for 50 years, following 11 years in which the ECB has not raised interest rates. For Germany, this represents the longest peacetime spell of monetary ease since the 1875 foundation of the Reichsbank, the Bundesbank’s forerunner. The only comparable period was 1931-48, spanning world depression, the rise of Nazism and post-second world war monetary reform.

Keen to safeguard her legacy, Lagarde does not want to go down in history as the ECB president responsible for permanent inflationary scarring. There has been anxiety within the ECB council that she could become the ‘Arthur Burns of Europe’ – a reference to President Nixon’s luckless 1970s Federal Reserve chairman who presided over the last pronounced bout of worldwide inflation.

Equally, she does not wish to provoke a repeat of speculation over monetary union break-up which provoked Draghi, as her predecessor, to launch ‘whatever it takes’ measures in 2012 to maintain euro area cohesion.

The details of the expected move to raise the ECB’s deposit rate from -0.5% to -0.25% or zero have yet to be hammered out. Even the most opinionated members of the council are cautious about undermining Lagarde, who has stated her desire to raise rates in two 0.25 percentage point hikes in July and September.

The expected July rise in the ECB’s key interest rates will be the first increase since July 2011, four months before Draghi took over as president and promptly rescinded previous hikes. The rise in the annual euro inflation rate to 8.1% in May from 7.4% in April strengthens the hand of council members favouring a rise to zero before the summer break. A sharp May increase in non-energy prices has raised the possibility of a wage-price spiral, a prospect played down by ECB economists but emphasised by Joachim Nagel, Bundesbank president.

The meeting will be overshadowed by a rise in the spread between Italian and German government bonds to more than 2 percentage points, the highest since the Covid-19 outbreak in March 2020. This is despite an improvement in fundamental economic factors in Italy, after a 6.6% growth spurt in 2021, better than expected government finances and a landmark shift to Italy becoming a net foreign creditor at the end of 2021. The country’s international investment position moved to a positive 7.4% of gross domestic product after previous years’ negative levels of up to 20% of GDP.

The wide gap between nominal GDP growth and the average cost of debt led to a fall in Italy’s debt to GDP ratio to 150.8% in 2021 – much lower than earlier estimates of an increase to 160%.

Despite this relatively good news, concerns about the rising Italian-German yield gap are being voiced at the highest levels in Rome, amid suggestions the Draghi government should adjust its communications to address the issue. The rise in borrowing costs will not however quickly impair debt sustainability, in view of the increase in average Italian government debt maturities to 7.6 years at end-2021 from 7.4 at end-2020.

Scepticism is growing whether the Draghi government, in place since February 2021, has the staying power to implement economic reform, especially on spending Next Generation EU modernisation projects before the next general election due in early 2023. After a meteoric career in high finance and public service, Draghi faces a period when the risk of failure is greater than the prospect of success. He suffered disappointment in February at not becoming Italian president. Amid expectations of further political stalemate, almost any possible government coalition emerging next year is likely to weaken stability.

The strong minority on the ECB council calling for a speedy end to monetary ease are aware of the need to counter fragmentation worries to preserve the momentum for gradual interest rate rise towards and beyond zero.

However no new ECB facility to lower bond spreads is planned. Lagarde is expected to repeat her previous insistence that the central bank can draw on instruments from its monetary arsenal including flexibility in reinvesting maturing bonds in the Eurosystem’s nearly €5tn government securities portfolio.

Nagel’s reference to ‘constructive ambiguity’ in the ECB’s approach to controlling spreads may become a watchword. Significant assistance could stem from the widely different proportions and maturities of individual countries’ bonds falling due in national central bank portfolios in coming years. Bundesbank-held bonds are skewed towards shorter maturities than those in the Banca d’Italia portfolio.

Additionally, total Bundesbank and ECB holdings of German government bonds under all post-2015 QE are well above the 33% issuance share set as a limit in successive German and European court rulings. The same applies to holdings by the Finnish, Dutch and Austrian central banks. Claiming enforcement of legal restraints, these four central banks could waive reinvestment of maturing bonds for several months. The Banca d’Italia, whose holdings are around 25% of Italy’s much larger overall government debt, below the 33% limit, could maintain reinvestment. This would result in relative acceleration of Italian bond repurchasing – and commensurate spread-narrowing.

Action like this, expected to remain opaque under the ECB’s convoluted technical and legal rules, could underpin the technical position of Italy’s bond market. However, if Italian uncertainty worsens, politicians, not ECB technocrats, will have to come up with solutions.