Nagel in battle of wits over raising ECB interest rates 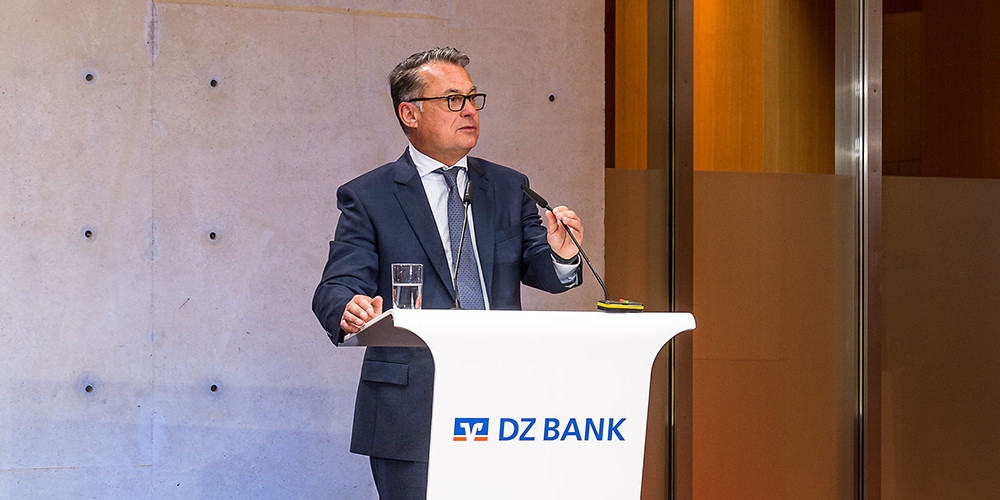 Joachim Nagel, Bundesbank president, has intensified a battle of wits at the European Central Bank about raising interest rates this summer in reaction to rising inflation which he said could be close to 7% in Germany for 2022.

Speaking in Berlin at a DZ BANK-OMFIF financial conference on 11 May, Nagel played down the possible impact of interest rate ‘normalisation’ in July on the macroeconomy or on indebted peripheral euro members.

Answering questions, he named as role models two past Bundesbank presidents, Otmar Emminger and Karl Otto Pöhl. In the 1970s and 1980s they both ran into political resistance because of unpopular interest rate increases. The historical parallels are unsettling. Influenced by drastic US monetary tightening, the Bundesbank under Emminger and Pöhl raised the discount rate from 3.5% in December 1978 to 9.5% in July 1980 in Germany’s sharpest monetary tightening – the prelude to a recession and the 1982 downfall of Chancellor Helmut Schmidt.

In an apparent rebuff to ECB economists’ projections of continued moderate 2022 European wage rises, Nagel said, ‘The longer the high inflation figures persist, the greater the risk of second-round effects. Monetary policy has to act before medium- to long-term inflation expectations show clear signs of de-anchoring.’

At stake is a decision at the 9 June ECB governing council meeting in the Netherlands on ending all net purchases of government bonds at the end of the month, followed by a rise in interest rates in July. A body of opinion is building in favour of increasing the ECB’s deposit rate of -0.5% to 0% in July. This would be a bigger rise than the 0.25 percentage point favoured by other members of the council.

‘Asset purchases are exceptional measures associated with particular risks and difficulties. Therefore, they should be first in line when it comes to reducing the very expansionary stance,’ Nagel said. Households do not believe that the inflation wave will subside soon, he added. Opining that the exit from ‘very accommodative’ monetary policy should be ‘swift and smooth’, Nagel said it was unclear how many rate hikes would take place before the end of the year.

Nagel’s approach was backed by Florian Toncar, parliamentary state secretary at the German finance ministry. Speaking on a panel after Nagel’s speech, Toncar said ‘normalisation’ indicated that the ECB should shift from its over-accommodative stance as soon as possible. A warning was sounded by Christian Kopf, head of fixed income and FX at Union Investment, who pointed out that two past July ECB interest rate increases – in 2008 and 2011 – were policy mistakes that had later to be reversed.

Nagel drew a different conclusion. He said the only current member of the governing council who had been present at the last ECB interest rate increase – in July 2011 – was Klaas Knot, president of De Nederlandsche Bank. Knot is a prime member of the policy-making faction favouring interest rate hikes. He wishes to use the partly ceremonial occasion of the ‘external’ meeting in the Netherlands on 8-9 June to bring down the curtain on a decade of monetary easing.