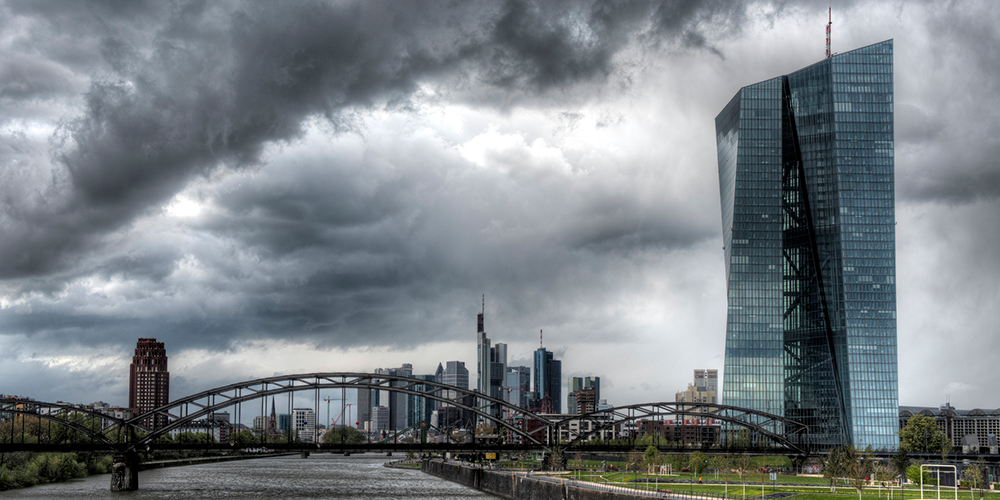 Reasons for the European Central Bank to raise interest rates now to counter rising inflation are overwhelming. The arguments against prompt action are largely invalid. Increasing rates today would have a much weaker restrictive effect than doing nothing and letting inflation flourish. The chief risk of recession comes not from raising rates but from maintaining present extremely loose policies.

An oil shock such as now brings inevitable dilemmas for monetary policy-makers. In 2004, Ben Bernanke (just before he took over as Federal Reserve chairman from Alan Greenspan) said: ‘Monetary policy cannot offset the recessionary and inflationary effects of increased oil prices at the same time. It must choose.’

One has to weigh the relative drawbacks and advantages of each option. Letting inflation rise to protect gross domestic product growth should be envisaged only if growth were severely heading downwards, unemployment were soaring and the economy were moving ever further away from full capacity with low inflation. This is not the present environment. US unemployment fell to 3.6% in March, the lowest since the pandemic started, and wages are on the rise.

In Europe, the jobless rate is declining and inflation is surging. The euro area unemployment rate fell again in February to 6.8% of the labour force, the lowest since Eurostat began compiling this series in April 1998. Annual euro area inflation rose to 7.5% in April from 7.4% in March and 5.9% in February.

Inflation has become a serious risk, while euro area monetary policy has never been so loose. Real interest rates are becoming steadily more negative, currently around -7%, causing massive distortions. Central banks should be tightening policy in these circumstances. The ECB is doing the opposite. The Fed is now hiking interest rates and will start reducing its balance sheet in June. The ECB should follow suit, without delay.

Since higher inflation lowers the debt burden, many people are asking: ‘Isn’t inflation the miracle cure for debt?’ This reasoning is flawed. Very high double-digit inflation would be needed to neutralise the present high levels of debt. That would raise social risks and stoke populism, since many people would suffer from an ineluctable fall in incomes.

Furthermore, high inflation would blur the investment horizon and discourage entrepreneurs. Ensuing falls in the exchange rate would lead to more imported inflation, with a clear recessionary effect. Sustained price rises lower consumption, reduce the margins of companies subject to strong competition, and hold back investment.

What is the ECB’s response? The central bank has been hesitant and ambiguous. It says, ‘First, we have to rein in quantitative easing and only then start increasing rates.’ The pandemic emergency purchase programme ended on 31 March but could be resumed, if necessary, to counter Covid-19-related shocks.

Monthly net purchases under the separate (pre-existing) asset purchase programme will fall from €40bn in April to €30bn in May and €20bn in June, and should end in the third quarter. A rise in interest rates will come ‘some time’ afterwards, but with no automaticity and depending on macroeconomic conditions. The governing council intends to reinvest principal payments from maturing securities purchased under the PEPP until at least the end of 2024.

However, the ECB’s forecasts appear overly sanguine. Commodity prices are soaring because of the Ukrainian war and other developments. Financial markets are factoring in oil at $125 a barrel, with the European Union suffering from a collapse of Russian demand. European growth could undershoot the 2.3% in the ECB’s ‘severe’ scenario. The ecologically driven energy transition and decarbonisation costs will further push up prices. The BlackRock Institute highlights how eliminating Russian gas imports could add 1%-1.5% to Europe’s inflation and reduce growth substantially.

High inflation poses a tax on savings. Investment is badly needed for growth. The ‘liquidity trap’ articulated by John Maynard Keynes – savings are kept liquid since long-term projects earn no return – leads to a devastating fall in productive investments. It encourages bubbles by diverting savings into real estate and speculative assets. ‘Zombie firms’, kept alive by the interest rate subsidy, reduce global productivity. Real estate bubbles will continue with mortgage loans unduly cheap. Share buy-backs – which put money into shareholders’ pockets but are generally unproductive – will continue their rise: from $267bn in the 12 months to end-March 2021 to a record $319bn at end-March 2022 in the US.

Loose monetary policy will almost certainly feed through into a wage spiral. If anything, oil prices tend to rise still higher if currencies depreciate: the traditional reaction of oil exporting countries to buyers’ exchange rate depreciations.

Increasing interest rates might recreate higher ‘spreads’ on euro area government bonds, hampering the most indebted countries. However, adjusting policy now recreates a margin to reduce rates later, should recession eventually emerge. Reappearance of spreads in Europe should not override the decision-making process. It cannot be an obligation for the ECB to eliminate any trace of interest rates differences on the financial markets. If that were the case, the central bank would have to buy vulnerable securities without limit – which is difficult to reconcile with the Maastricht treaty.

High and ever-increasing debt and negative real interest rates are far from being a ‘magic wand’. Instead, they represent a fatal trap. History has taught us the social and political price of such a policy. The better way forward is to reduce excessive public deficits, restore remuneration of productive investment, incentivise work more than redistribution and take energetic steps to stop the deadly cycle of decline. Europe benefits from a substantial surplus of savings. This money should be put to work within and not outside the EU. This requires that European savings should be remunerated at least as attractively as in the US.

The ECB must play its part and act now. Further wavering creates the risk that the central bank will have to take much stricter measures later if and when inflation gets completely out of control. That would deal a crippling blow to the credibility not only of the ECB but also of the entire European construction.

Jacques de Larosière is former Managing Director of the International Monetary Fund, Governor of the Banque de France and President of the European Bank for Reconstruction and Development. This is an edited version of his speech at the CDU Economic Council in Berlin on 27 April. His latest book ‘En finir avec le règne de l’illusion financière’ is being published by Odile Jacob.