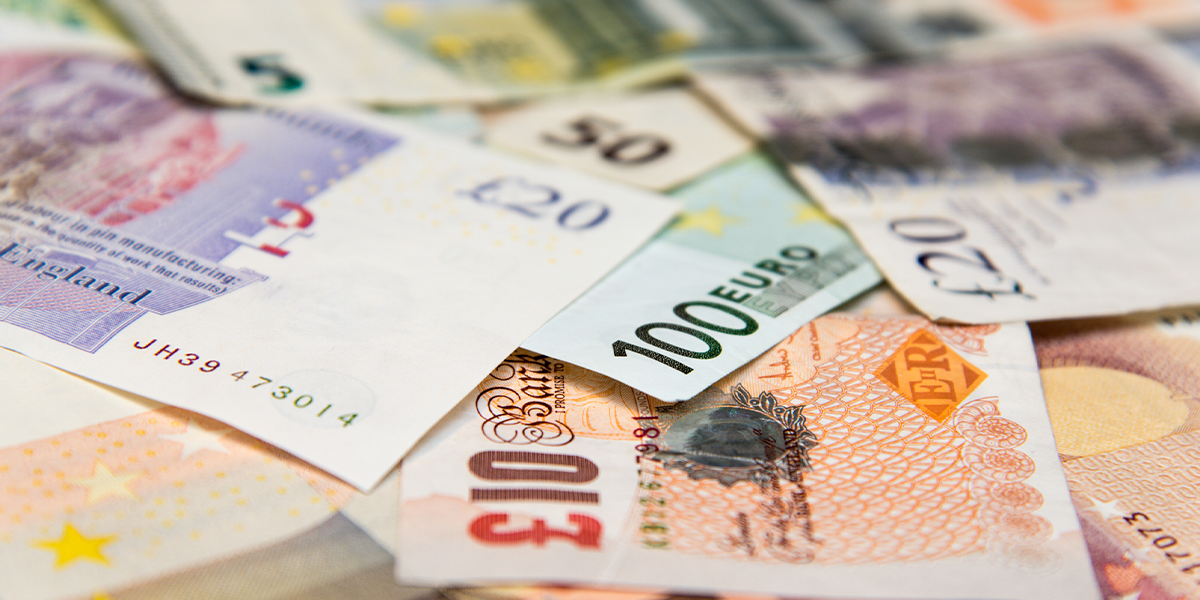 Attrition hangs in the air as the Bank of England and European Central Bank move to tighten policy in the face of higher and more persistent inflation. In uncoordinated action on 3 February, the Bank of England raised interest rates to 0.5% from 0.25% while the ECB signalled a shift to a significantly more hawkish stance at its next decision-making monetary meeting on 10 March.

The UK decision, part of a policy package with the British government to combat higher living costs hitting weaker parts of society, was tougher than expected, with four of the nine-person monetary policy committee voting for a higher increase to 0.75%.

The ECB move was less clear-cut, with the bank’s policy settings held unaltered, but changes signalled through wording and nuances. Behind a less than assured 3 February media showing by Christine Lagarde, ECB president, was recognition that majorities on the 25-member governing council are repositioning behind a stance favouring action against accelerating price rises.

In his first council outing as Bundesbank president, Joachim Nagel argued for early anti-inflation measures to prevent more painful tightening later. His message underlines a wind of change at the Frankfurt bank partly brought by monetary tightening in the US. It was strikingly similar to statements by arch ECB critics such as Jacques de Larosière, former Banque de France governor.

Bank of England policy-makers seem to be planning pre-emptive action to quell prices rises, with further rate hikes likely in March and May. Compared with the US Federal Reserve – expected to raise the federal funds rate in March – the BoE looks considerably more hawkish. The MPC’s split on the degree of warranted tightening emphasises widespread economic uncertainties.

Lagarde’s uncertain and sometimes inconsistent language, where she stressed several times the ‘surprise’ of January’s record 5.1% euro area inflation rate, reflects a new and less stable equilibrium on the council. A majority of members, including those in the centre ground between the ‘tightening’ and ‘easing’ factions, are now not ruling out action on 10 March to rein in bond purchases and increase interest rates earlier than expected. Lagarde pointedly refused to repeat earlier confidence that euro area interest rates would not rise this year. This hardened market expectations of at least two end-2022 increases in the minus 0.5% deposit rate.

Some members would like interest rate rises to come still earlier, with a concomitant slowdown to bond purchases. This reflects not just concerns about inflation and the ECB staff’s forecasting errors over the last 10 years, but also worries about European terms of trade losses causes by the euro’s decline against the dollar.

Tightening – both in Europe and in the UK – is certain to be problematic. One indication came from a sharp widening in the Italian-German bond yield spread to 1.45 percentage points – an indicator that Lagarde appeared to play down.

Neil Williams, a veteran economics commentator, said: ‘Central banks are taking only baby steps to tighten policy. We face another two years of negative real policy rates. Yet, with ultra-low rates and quantitative easing, the solution has become part of the problem. Central bank balance sheets will stay bloated, meaning the ECB and BoE – as much as the Fed and Bank of Japan – have skin in the game. If they take financial markets off-guard, they too may get hurt.’

Jürgen Stark, former Bundesbank vice president and a thorn in the ECB’s side since he quit the executive board 10 years ago in a dispute about bond-buying, criticised Lagarde’s communications. He highlighted the lack of clarity on whether the 3 February decision to keep unchanged its policies and controversial ‘forward guidance’ was unanimous or not. ‘This behaviour damages ECB credibility,’ he told OMFIF. ‘No substantial policy change was expected [on 3 February] but keeping forward guidance unchanged is a denial of reality.’

The Bank of England’s policy trade-off is in some ways still more difficult than the ECB’s. Energy price risks continue to dominate the inflation outlook, with further uncertainty stemming from labour market frictions and volatile wage dynamics. Inflation is modelled to peak in April at 7.25% when the UK regulator raises the energy price cap for 22m British households.

As BoE Governor Andrew Bailey has said, any military action in Ukraine would further increase the risk of rising energy prices. Moreover, the Bank is not assuming any further Covid-19 shocks in coming years, despite global supply chain disruptions.

Reaffirming that bank rate remains its preferred monetary policy instrument, the BoE’s February monetary policy report insists it will maintain its sequencing of balance sheet contraction, regardless of the frequency or intensity of rate hikes. This reflects the MPC’s intention to ‘reduce its holdings of government bonds in a gradual and predictable manner’, even if those goals seem to contradict its broader policy objectives.

David Marsh is Chairman and Taylor Pearce is Economist at OMFIF.