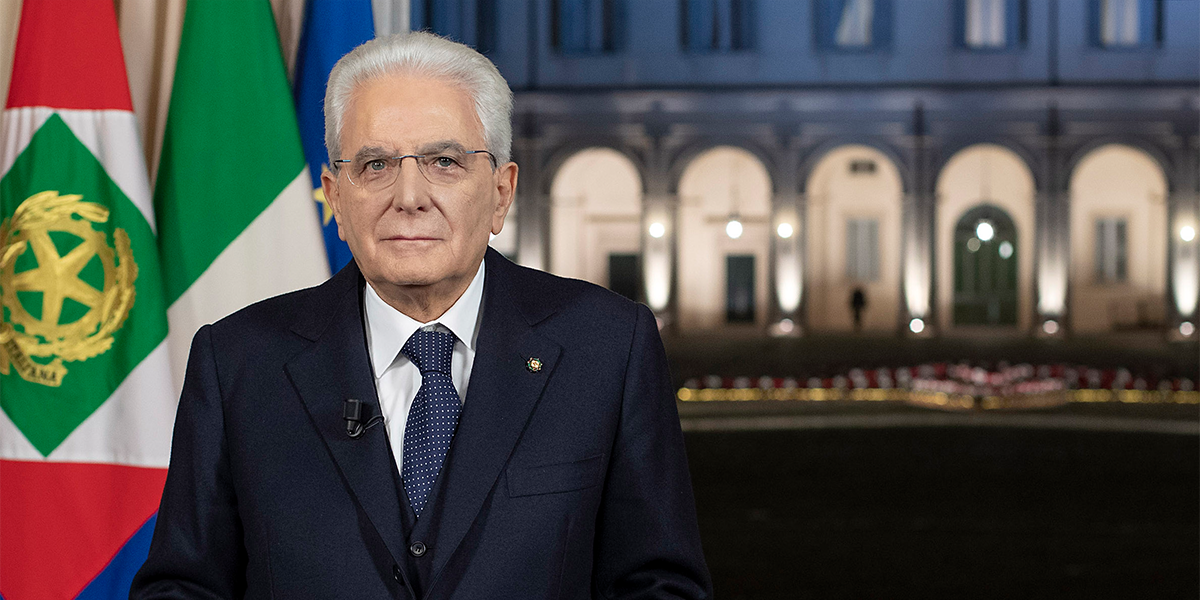 Following a week of wrangling in Rome, the good news is that the choice for president has done more than anybody to guarantee stability and rationality in Italian politics over the last seven years. Sergio Mattarella’s continuing presence in the Quirinale palace offers the best assurance that the same conditions will prevail for another seven years. This continuity also appears to ensure that Mario Draghi’s position as prime minister will not be questioned, at least until the next general election, due by June 2023.

Unfortunately the good news ends here. It’s difficult to over-estimate the political scarring, loss of credibility of the electoral system and atmosphere of feuding and recrimination left by last week’s squabbles. Italy’s bipartisan system, inaugurated by Mattarella in 1993, lies in rubble.

The contorted manoeuvring of political parties that led to this outcome is the worst seen in the history of Italian politics – which is saying a lot. Presidential elections require, after three initial polls, a majority in the combined Chamber of Deputies and Senate of the Republic (951 votes in total), plus 58 regional representatives. No party coalition had such a majority: neither the centre left (426) nor the centre right (414) obtained the required 505 votes. The other 111 unaffiliated members and regional members are largely uncontrollable and unpredictable.

Arithmetic and common sense would have required the party leaders to lock themselves in a room, sever all communication with the press, come up with a name with bipartisan support, go back to the hall and vote for that name. This did not happen.

Party leaders – especially the self-appointed head of the centre right League, Matteo Salvini – passed the week publicly throwing names into the mix that were promptly rejected by others. Meanwhile the delegates in the hall submitted white ballots or unlikely names including comedians and musicians. Respected politicians, including Draghi, ended up sharing that company in the media meatgrinder.

Incapable of a solution, the leaders eventually climbed the Quirinale, where Mattarella was supervising the move of his personal items to an apartment he had already rented, to beg him to accept another mandate. He obliged, in spite of what he referred to as ‘other personal plans’.

What happens next? Urgent matters require government attention. The economic and social conditions of the country as it exits the pandemic necessitate a steady hand. The question is: even with heavyweights like Mattarella and Draghi, can these challenges be met when the very parties that gave such a dismal performance provide essential support to the government?

First, the pandemic retreat may be in sight, but careful management is still needed. Phasing out of the emergency measures has to be planned and implemented, and not only in the health sector. The economic measures (guarantees, subsidies) have to be prudently lifted, resisting pressure for continuing support from lobbies and economic sectors.

Second, the government has committed, internally and in Europe, to overhauling the public budget, reducing taxes, eliminating waste and increasing productive investment. All this must coexist with a credible public debt reduction plan. Budget plans for 2022 and beyond must be completed and presented in Europe by April.

Third, trial procedures must be overhauled to increase efficiency and speed. This is a key reform in a country that has by far the longest trial duration in the European Union. The parliament has authorised the government to act by decree, but there is still plenty of scope for the parties to backpedal or water down the reform.

Fourth, some 100 conditions of the EU’s National Recovery and Resilience Plan must be met in 2022 to receive funding. These conditions pertain not to the simpler planning phase of last year, but to the more difficult implementation. Blocking or delaying the inflow of EU funds is a concrete risk.

Finally, the pre-existing, unsustainable pension law, which allowed retirement at 62 years of age, has been repealed by Draghi and replaced by a transitory arrangement (64 years) due to expire this year-end. New permanent arrangements must now be introduced linking retirement to life expectancy, with penalties for early retirement to ensure financial sustainability.

Each item of this incomplete list would represent an arduous task for any government in a pre-election year. Their combination is daunting. Draghi can count on the support of the highest authority on the highest hill of Rome. In the past, he has amply displayed ability to navigate rough seas and to succeed in difficult circumstances.

Yet after the presidential wrangling, one nagging question becomes ever more insistent. Can a man even of Draghi’s authority and acumen surmount the challenges ahead? For the good of Italy and Europe, one has to hope the answer is yes.