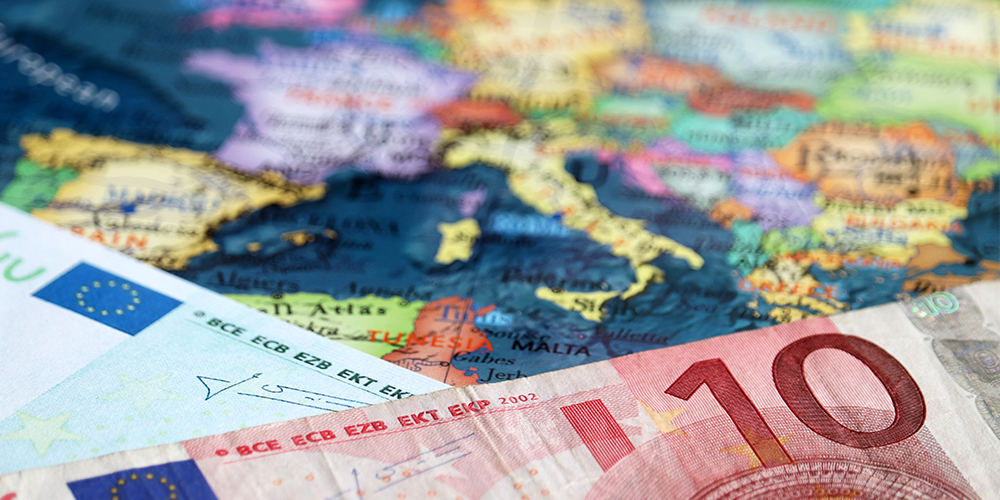 Europe’s leading sovereign debt issuers are confident that they have emerged from the global public health crisis in better shape than before the pandemic, albeit for different reasons.

Greece’s Debt Management Office was a notable beneficiary of the disruption, as its general director, Dimitris Tsakonas, commented in January. ‘The side effect of the pandemic was extremely positive for Greece,’ he said at OMFIF’s 20 January meeting on the outlook for European sovereign borrowing in 2022. ‘It presented us with a unique opportunity to regain access to the capital market, rebuild our yield curve and extend the maturity of our debt sooner rather than later.’ In other words, he added, it allowed Greece to issue ‘like a normal sovereign’.

The latest milestone in Greece’s path to normalisation was its 10 year €3bn benchmark in January, which had more to do with future-proofing the sovereign’s funding programme than accessing funding. Tsakonas explained, as a sub-investment grade borrower, Greece’s principal motivation for issuing was to maintain a dialogue with investors.

Tsakonas recognised that Greece owes much of its rehabilitation as a borrower to the European Central Bank’s pandemic emergency purchase programme. But euro area sovereigns with far more robust credit ratings than Greece benefited from the pandemic in other ways. Elvira Eurlings, director at the Dutch State Treasury Agency, conceded that it was almost ‘shameful’ to reflect on the opportunities the pandemic created for the Netherlands from a funding perspective.

Eurlings explained that, prior to Covid-19, the DSTA had been constrained by a relatively modest annual funding requirement, in the region of €43bn-€45bn. This meant that it was often unable to explore new funding alternatives for fear of cannibalising its existing core product range. This is one reason why the Netherlands has been unable to contemplate adding inflation-linked bonds to its funding repertoire, given that it would require the DSTA to provide investors with liquid linkers across a number of maturities.

While Eurlings said that the DSTA had no plans to add linkers to its financing programme, she noted that the increase in its financing requirement created by the pandemic has been helpful from a debt management perspective. ‘Our funding needs have almost doubled to around €73bn this year,’ she said, adding that this growth has allowed the DSTA to increase liquidity and lengthen the average maturity of its debt portfolio. This has now reached around eight years, compared with three and a half in 2012.

Those borrowers with a sufficiently large funding programme recognise that inflation-linked and floating-rate issuance will have an increasingly prominent role to play against the backdrop of elevated inflation and rising yields. ‘We are one of the few European sovereign borrowers with a stable programme of floaters,’ said Davide Iacovoni, director general of public debt management at the Italian treasury, which expects to issue around €300bn in 2022. ‘Normally, these appeal mainly to domestic investors. But last year we saw growing interest from foreign investors, especially from continental Europe. We think this trend will continue in an environment of higher rates.’

The work that Europe’s sovereigns have done on strengthening the structure of their funding profiles has been recognised by investors and rating agencies. Brian Mangwiro, portfolio manager, global sovereigns and currencies at Barings, said that the success European sovereigns have enjoyed in extending debt duration is one reason underlying his confidence that new issuance will be comfortably absorbed this year.

This view was supported by Sarah Carlson, senior vice-president of the sovereign risk group at Moody’s Investors Service. She said that when the rating agency published a stress test in November 2021 assessing the impact on sovereign borrowers of an increase in interest rates of 150 basis points, its conclusion was that debt affordability would still be more robust in 2025 than it was in 2017. ‘Cheap rates have been locked in for longer, which means governments have a fair amount of shock absorption capacity in when it comes to a higher rate environment,’ said Carlson.

This is just as well, because borrowers represented at the OMFIF meeting recognised that rising rates may complicate the process of reviewing the average maturity of their yield curves. This is a priority for a large borrower like Germany, which saw its funding requirement more than double during the pandemic, to almost €483bn in 2021 from just over €200bn in 2019. Christian Wellner, head of strategy at the Finanzagentur, said that Germany expects to issue €410bn in 2022 through auctions, complemented by four syndications. ‘As a debt management agency, we responded to the crisis by boosting the short end of our issuance via our bills programme,’ he said. ‘What normalisation means for me is having the flexibility to build a portfolio based on the best mix of maturities for the German taxpayer.’

Identifying windows of issuance at the longer end of the curve will be more challenging against the backdrop of a steepening yield curve. The challenge may be exacerbated by rising supply in the sovereign and supranational space, most notably from Next Generation EU. Eila Kreivi, director and head of the capital markets department at the European Investment Bank, said that when public holidays and auction days are excluded, windows for issuers looking to print new benchmarks are becoming increasingly scarce. Kreivi said this is not a problem for the EIB, which for the first time in her professional career now has some scarcity value in the new issue market. But she echoed other speakers when she said that sovereigns now have to pay unusually careful attention to the issuance calendar.

The European Commission is alive to this challenge. ‘The debate about crowding-out versus crowding-in is interesting,’ said Gert Jan Koopman, director general, budget, European Commission. ‘The need to avoid traffic accidents is something that is discussed at some length between my team and other issuers to ensure that when they go to market there are no surprises.’