Draghi’s second chance to save Europe 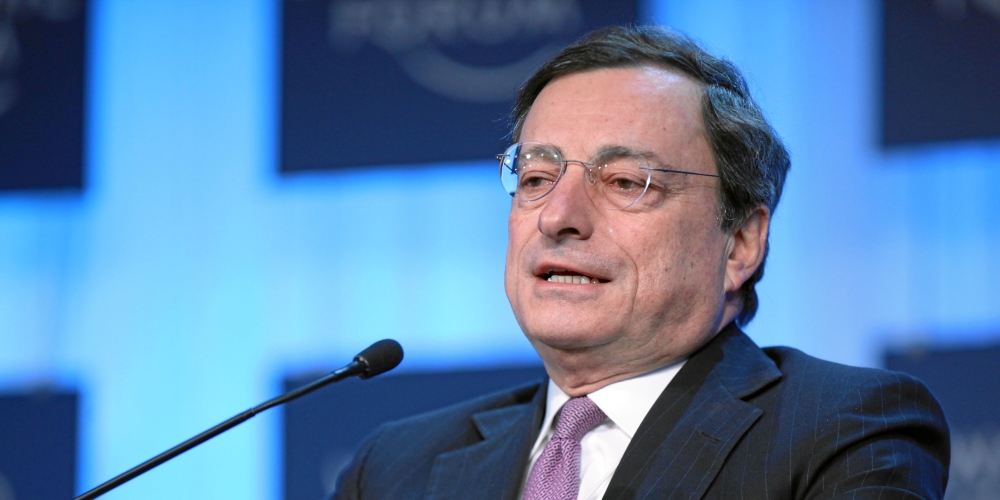 Mario Draghi, former president of the European Central Bank, has every chance of shaping Europe as the new Italian prime minister. But he will depend on an electoral timetable outside his control and on a range of temporarily tamed political parties that could later turn against him. Political bickering has already begun and Draghi will soon be given the chance to prove his mettle.

The Draghi government inaugurated on 13 February represents a broad consensus with a concentric make-up: an inner core of experts on major topics, surrounded by a larger circle of ministers from a wide political coalition. This pragmatic constellation of 10 non-politicians and 15 representatives of parties supporting him bears similarities to the ECB council that Draghi ran in 2011-19 during successive euro crises.

Technocratic ministers like Daniele Franco, former senior deputy governor of the Banca d’Italia, Vittorio Colao, former Vodafone chief executive, and Marta Cartabia, former constitutional court president, bring experience in finance, innovation and technology and justice respectively. The task for the government’s technocrat heavyweights will be to supervise and implement the €200bn-plus in grants and loans planned to be channelled to Italy under the European Union’s pandemic recovery fund.

Franco benefits from a close relationship with Draghi, who headed the Italian central bank before moving to the ECB ten years ago. Franco has previously highlighted Italy’s shortcomings in project management as the main factor undermining effective use of and political support for the recovery fund.

Giancarlo Giorgetti, a prominent member of the right-wing League, becomes minister for economic development. Luigi Di Maio, a former leader of the Five Star Movement (M5S), keeps his job as foreign minister. Roberto Speranza, health minister from the Democrat party (Pd) and a central figure in the Covid-19 fight, stays in place along with seasoned civil servant Luciana Lamorgese as interior minister.

The government’s extended political representation is intended to grant Draghi the stability he needs for handling EU funds. Skirmishing over deployment was one of the reasons for the downfall of the previous administration under Giuseppe Conte, prime minister since 2018.

Draghi should be able to avoid some of the shorter-term upheavals faced by previous technocratic figures such as Mario Monti, the former European commissioner whose 2011-13 premiership ended in bitterness and disappointment. However, Draghi faces a demanding timetable set by the planned February 2022 elections for the next Italian president (Draghi has been viewed as a potential successor to Sergio Mattarella), as well as a general election in May 2023 at the latest.

The superficial strength of a government with no opposition hides fragilities that could come to the fore later. M5S, the Pd and the League have very different agendas and reasons for accepting Draghi in a crisis they have been collectively unable to manage. The same is true for another divisive figure now helping support the government, ex-Prime Minister Silvio Berlusconi, who wrangled with the ECB and Draghi when he headed the Banca d’Italia.

Draghi’s first few months in government will be shaped by his ability to manoeuvre funding from Brussels and negotiate successfully in Europe’s political capitals. He will depend critically on a domestic political establishment that has proved, without exception, unable to execute its role and govern effectively, and could turn restless if setbacks arise on monetary and fiscal fronts.

Draghi’s prime ministership seems likely to extend beyond the autumn, when Angela Merkel is scheduled to step down as German chancellor after 16 years, further increasing his significance in Europe’s post-pandemic regeneration. As ECB president, Draghi led the launch of negative interest rates and quantitative easing – hotly disputed in Germany – to offset tight fiscal policies favoured by the European Commission and the German government after the 2008 financial crisis.

In his new role helping to design and spend the biggest stimulus package since the US post-war Marshall plan, Draghi has a new chance of entering the history books. In a speech in Rimini in August, Draghi highlighted the importance of governments using ‘good debt’ to counter pandemic upheavals and upgrade their economies. Otherwise, he warned, they would face another debt crisis and severe disillusionment among electorates charged with responsibility for repayment.

In the past 30 years, Draghi has demonstrated proficiency as an expert official and central banker. Unexpectedly catapulted to government leadership, Draghi must show he can deploy that same mastery on the front line of political power.

Antonio Armellini is Vice-President of the AIICP Italy-India Association and a former Italian diplomat. Edoardo Reviglio is professor of economics at Luiss Guido Carlo in Rome. Both are members of the OMFIF Advisory Board.