Draghi will keep Italy in order: but beware political fracturing 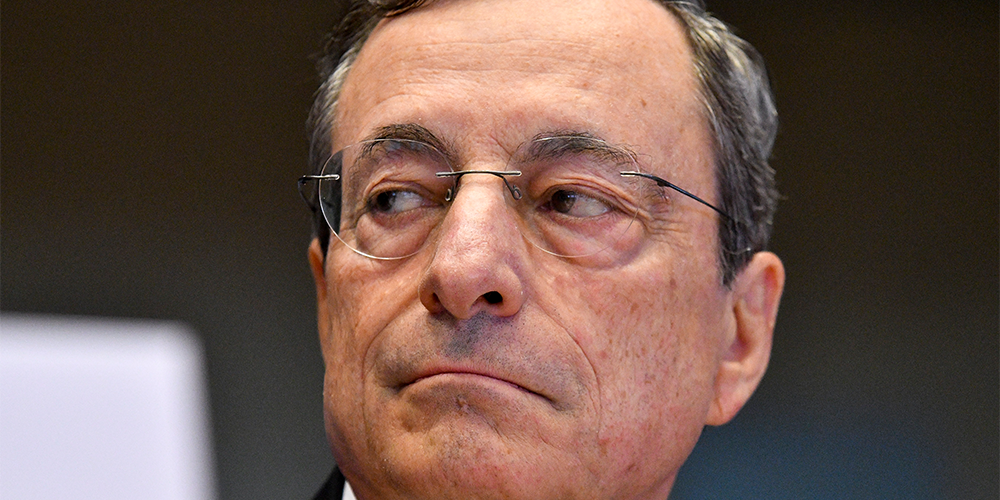 Everything hinges on January 2022 elections

Mario Draghi has completed a successful eight months as Italy’s prime minister, emerging unscathed from local elections that could have posed a threat to his government. He remains solidly in command of a fractious majority at loggerheads on many points. But the Italian red-green-yellow coalition recognises the reality that Draghi represents the only guarantee that the Next Generation EU programme will be implemented according to Brussels’ tight schedule.

These factors will have a big impact on Europe’s ability to maintain stability during the post-pandemic period. And they will crucially influence the European Central Bank’s efforts slowly to normalise ultra-loose monetary policy – which has up to now been highly positive for the Italian economy.

Italy has had previous unelected governments at times of crisis – under Carlo Azeglio Ciampi (1993-94), Lamberto Dini (1995-96) and Mario Monti (2011-13) – but Draghi has shown a political mettle unlike any of the others. Unlike most of his predecessors, Draghi (thanks to the pandemic and the EU fund) is disbursing budgets, not cutting them.

The style of government, based on his international experience as ECB president, is miles away from the byzantine pace of Roman ministerial custom. His weekly meetings with the council of ministers are generally short and have clearly defined agendas, unlike his predecessor Giuseppe Conte who used to hold them haphazardly and run them often late into the night.

Draghi is trying to overhaul Italy’s cumbersome bureaucratic machinery with the assistance of managers of his own calling. His decision to replace an ineffective political appointee with a three-star general to run the Covid-19 campaign was crucial to the success of Italy’s vaccination programme, with one of the highest vaccination rates in Europe.

His extensive use of ministerial decrees on issues ranging from the sanitary emergency and NGEU implementation, avoiding the pitfalls of extended parliamentary debates, has been effective in speeding up decisions. But it has led some to complain the country could be moving – more or less unwittingly – from a parliamentary democracy to a presidential government in the style of Charles de Gaulle of 1960s France. Draghi adamantly denies this.

Italy has traditionally veered between French seduction and dependence on Germany, with Britain on the fringes as a sought-after but distant partner. Draghi’s axis with French President Emmanuel Macron and his growing alignment with US President Joe Biden put him at the centre of an EU based on Franco-German co-operation, not US antagonism. It could enable Italy to exercise the leadership role it has often sought but seldom obtained. However, its significance translates only in part onto the domestic political scene, which remains largely embroiled in parochial and often contradictory confrontations.

The Draghi government is supported by political parties that have little or no say in its running and are living proof of the collective failure of the political system to provide credible leadership. This could have long-term consequences and might engender a shake-up of political parties deprived of legitimacy in the eyes of a frustrated public. The first signs of this are starting to show.

At present, the parties have little option but to reiterate support, with Giorgia Meloni’s far-right Brothers of Italy the only party voicing vociferous opposition. There is a strong temptation to view this as not the beginning of a new phase, but a parenthesis to be superseded by a ‘return to normal’ as soon as possible.

What next? There are two basic scenarios, hinging on the January 2022 presidential election. The role of the president has moved from mostly ceremonial to politically substantive. Incumbent President Sergio Mattarella has stayed the course, providing soft-spoken, effective leadership, ensuring crucial backing for Draghi who was seen as a logical successor until his February appointment as prime minister changed matters.

If Draghi decides to run for president, he would have large but not necessarily unanimous support. A new prime minister would have to be approved by parliament and the choice could easily open a phase of political bickering and instability. This would almost certainly lead to early elections favoured by those who would stand to gain most, namely the Brothers of Italy and Matteo Salvini’s far-right League, with Enrico Letta’s Democratic party watching from the side. Giuseppe Conte’s Five Star Movement would strongly oppose early elections as they could lose over two-thirds of their MPs.

A relationship between Draghi as president and a prime minister of a different conviction could prove difficult. Inevitable confusion could impact the country’s ability to fulfil its EU obligations. This crucially important aspect is largely absent at present from the political discussion.

Scenario 2: Draghi stays prime minister until the end of the current legislature in 2023

Alternatively, Draghi could opt to stay on as prime minister until the end of the legislature in 2023, renouncing the presidency. This could happen in two ways.

This could happen in two ways. Mattarella could be convinced to run for a second term, with the understanding he would resign in 2023 and make way for a Draghi succession. He has repeatedly made clear his reservations about a solution he considers constitutionally problematic. But faced with a unanimous appeal from the country, he could accept the solution and Draghi would continue at the head of the same coalition, putting paid to the idea of early parliamentary elections. This would be by far the best and more rational solution, but its chances are receding for now.

If Mattarella on the other hand insisted on leaving, parliament would have to elect a new president, opening new uncertainty. Draghi would still be in control of the country’s policies, but the Mattarella-Draghi team responsible for the speed and efficiency of Italy’s response to NGEU commitments would not be easily replicated.

Draghi would have to give up his bid for the Italian presidency in 2022. There would be much-needed continuity in the government, but the new president would most likely be a weaker figure. There has also been speculation Draghi could seek to replace Charles Michel as president of the European Council after 2023.

In all these outcomes, Draghi, in whatever capacity, will probably be able to keep a lid on the frustration and discontent with a political system in disarray. He will count, if not on outright support, on a generalised subservience long enough for Italy’s accounts to be put in some semblance of order. But beware of a fractured political system threatened with dissolution. Investors in Italy, while staying alive to the opportunities from the new Draghi-led phase of stability, should stay alert to potential difficulties ahead.