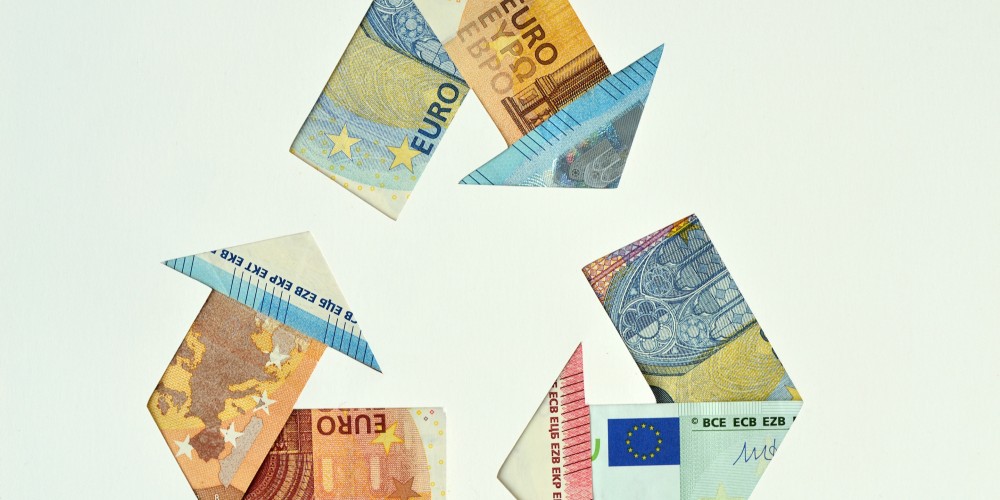 Task for German coalition: craft a central bank for the future

Germany has the opportunity of turning the Bundesbank into a world-class leader in climate mitigation and digital technology. In the aftermath of the inconclusive 26 September election, three parties – under the helm of the narrowly victorious Social Democratic Party (SPD) – are starting laborious coalition negotiations. The big question is whether, amid domestic politicking, they can focus time and effort crafting a new form of central bank for the future.

The bad news for many Germans is that the Bundesbank is no longer responsible for European monetary policy. The resignation of Jens Weidmann, announced on 20 October, sharpened attention on the Bundesbank president’s loss of power as an inevitable result of the fusion of European money with the 1999 birth of the euro. Even after two decades, realisation that this was the essential point of the exercise has not yet fully sunk in, partly because German politicians have not been keen to spell out the facts.

The good news is that the new government, probably under Olaf Scholz, the SPD’s chancellor candidate, can pick a successor allowing Germany to advance to the international vanguard for new systems of central banking. The likely Scholz coalition should embrace this opportunity as part of the government’s overall plans for renewing Germany‘s economic and administrative structures. The European Central Bank is now in charge. But Scholz and his ministers can help the Bundesbank play an important subsidiary role in important future aspects of the monetary system.

The SPD together with its likely coalition partners, the Greens and the liberal Free Democratic Party, have formed 22 working parties to formulate policies. There should be room to choose a successor to Weidmann of proven ability not just in the central fields of monetary policy but also in the newer areas of digitalisation and sustainable finance. The danger is that the new leader will be chosen as the result not of a carefully worked out process but of last-minute bargaining based on gender and party affiliation. This would be a net loss not just for the Bundesbank but for Germany and the Eurosystem.

The Bundesbank is a founding member and active participant in the Central Banks and Supervisors Network for Greening the Financial System. Under the leadership of Sabine Mauderer, it chairs the NGFS’s third workstream on ‘scaling up green finance’. The ECB this year set up a climate change centre with workstreams ranging from financial stability and prudential policy to financial market operations and risk. In September it became one of the first central banks to publish results on economy-wide climate stress tests. However, much more should be done. Speed is becoming at least as important as direction, given the urgency.

The Bundesbank can help lead the ECB to an alternative benchmark to replace the ‘market neutrality’ principle guiding purchases for its corporate sector purchase programme. There is widening acceptance that the framework is not fit for purpose. Yet no decision has been taken on an alternative that focuses on (climate) market efficiency. Taxonomy efforts – both green and ‘dirty’ – would be a much-needed ingredient to enable this.

The ECB could then seek to implement a more decisive ‘tilting’ approach in its asset purchases, by penalising dirty as well as supporting green activities. This could be done through assigning greater weight to central banks’ internal ratings in addition to relying on ratings agencies, or through developing its own minimum standards as suggested in the strategy review concluded in July. The ECB would then move closer to delivering on its treaty mandate supporting the European Union’s economic policies which include climate neutrality as a priority.

In addition to adjusting the broader framework, innovation is needed to update the toolkit. Green longer-term refinancing instruments, with a ’green’ discount interest rate, should become mainstream, with a life extending beyond the post-pandemic recovery. The Bundesbank should examine deploying macroprudential policy tools for climate action through adjusting capital requirements.

Incorporating sustainability considerations beyond climate to include, for example, biodiversity, is another new direction to explore. The Bundesbank can introduce green finance criteria not just for its own balance sheet but also for the up to €100bn of assets that it manages on behalf of public sector pension funds. It can refine its advisory capacity to pinpoint areas of legal risk for public sector asset managers in Germany and abroad that run into legal issues about assets they should hold to meet statutory emissions criteria. It can imitate action by the Bank for International Settlements in Asia by encouraging standardised approaches for European central banks purchasing green bonds.

Digitalising the Bundesbank’s activities should be a major preoccupation for whoever takes the helm next year. A central bank employing 10,500 people with 35 branches and nine main offices has manifestly not achieved the efficiency savings of a digital age. As well as adopting a more imaginative approach on a digital euro – where Weidmann has been markedly unenthusiastic – the Bundesbank could introduce new software-based efforts to optimise areas of work ranging from banking supervision to statistics collection.

The Bundesbank over the years has had to adapt. It is still digesting the loss of clout of 1998-99. A major change came in the 1970s when it had to build ladies’ toilets on the council floor after the first ever female council member – Julia Dingwort-Nusseck (who turned 100 this month) – joined the bank. Further changes lie ahead. The Bundesbank has no choice but to take them in its stride.

David Marsh is Chairman of OMFIF. Danae Kyriakopoulou is Senior Policy Fellow at the Grantham Research Institute for Climate Change and the Environment at the London School of Economics and Political Science, and an Advisory Council Member at OMFIF’s Sustainable Policy Institute.