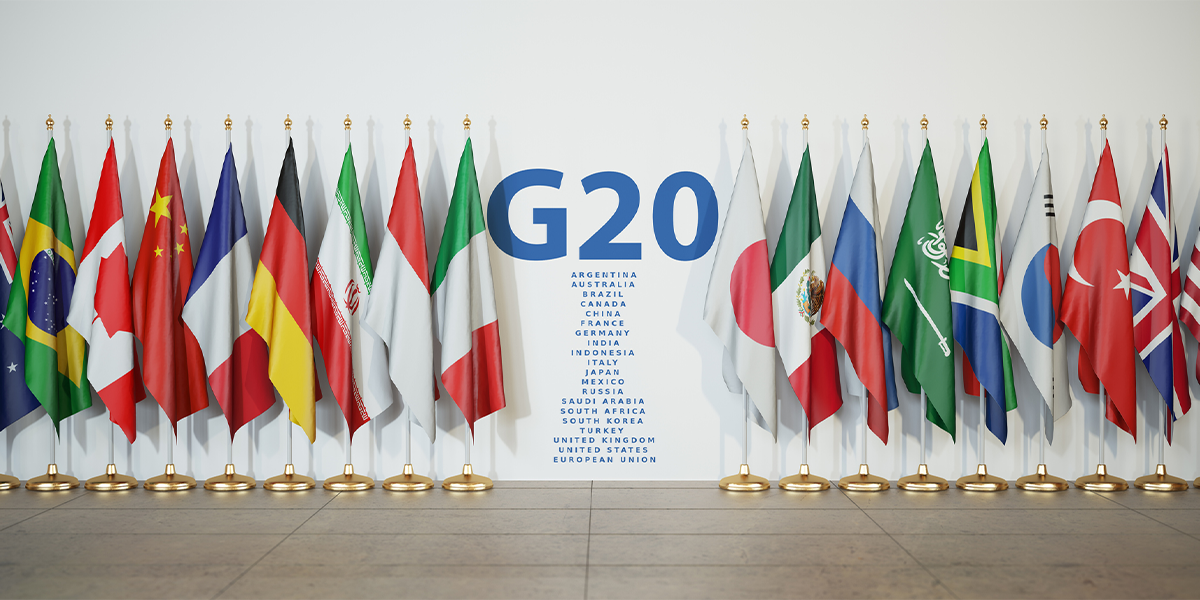 Rome summit will be workmanlike, but unexciting

All eyes will turn to Rome this week and the 2021 G20 leaders’ summit, auspiciously taking place over Halloween.

It is welcome that global leaders are meeting and discussing common problems. G20 leaders’ summits exist to tackle key global challenges and the Rome meeting comes at a perilous time. Yet given rising nationalism, international tensions and insufficient co-operation, the probable outcomes hardly befit the gravity of the moment — through no fault of the Italian presidency. A workmanlike, professional and unexciting Rome summit is likely.

Advanced economies, having policy space, are returning to their pre-pandemic paths. But emerging markets, with less space, will take much longer. Low-income countries face a deep hole. Financial authorities are no closer to understanding whether higher inflation is mainly transitory or a more generalised, persistent threat. Key emerging market central banks have started hiking rates. The US will soon begin tapering, while expectations for US rate hikes are being pulled forward. Fiscal policy will become highly consolidative.

The G20 recognises that overcoming the pandemic through vaccination is key to restoring economic health. But many obstacles confront the multilateral goal of vaccinating at least 40% of the population in every country by end-2021 and 70% by mid-2022, including scaling up production, distribution and contributions. The IMF has concluded the world is not on track to meet this goal.

Climate change is an existential threat facing humanity. The summit takes place on the eve of COP26. Recent forecasts project temperatures rising by up to 3°C above pre-industrial levels by 2100, far from the 1.5°C Paris agreement objective. The IMF estimates that a $75 per tonne carbon price on emissions is needed to achieve the Paris objective, but the current average global carbon price is $3 per tonne.

The G20 has continuously called for ending fossil fuel subsidies since 2009. Developed countries are not meeting their goal of providing $100bn annually in climate finance to developing nations. A federal carbon tax is seen as political suicide in the US and President Joe Biden’s ‘build back better’ climate ambitions are being scaled back. Concerns over recent energy price surges are breathing new life into fossil fuels. Meanwhile, China, Russia and India are also key to cutting emissions. China appears to be more forthcoming, but India woefully lags behind and Russian actions are rated as highly insufficient.

Leaders will underscore welcome international tax reform agreements, including rules on a minimum tax and ensuring multinationals pay a ‘fair’ share where they operate. But implementation hurdles may confront countries, especially the US.

LIC debt issues are another key topic. G20 will undoubtedly voice support for the umpteenth time for the IMF’s $650bn special drawing right allocation, which will provide only modest practical support for a handful of countries. They will tout plans to re-channel SDR loans – perhaps a total of $100bn or more – via the IMF’s LIC Poverty Reduction and Growth Trust, as well as a Resilience and Sustainability Trust for pandemic preparedness and climate resilience.

LICs need grants, not loans. While the IMF may muster re-channeled SDR loans to finance higher than expected PRGT lending, it is unclear what progress is being made on mobilising requisite grants to allow such lending to take place at the PRGT’s zero interest rate.

Complex design issues must be worked out before the RST is up and running, with the ability to lend perhaps $50bn. But the RST may require countries to have an underlying macro programme and an RST programme. This may discourage takers. Will the RST be more bark than bite?

The G20 developed the Common Framework to provide a path for debt reduction on unsustainable official (often Chinese) lending to LICs. It has not yet been applied, nor has Beijing ironed out internal differences on its participation. Chinese debt transparency is extremely poor. The private sector appears to be balking. The kindest thing to say is that the jury is still out.

Trade liberalisation has been a key driver of post-second world war prosperity. But support for open trade is tepid and the G20 is offering no turnaround. The Biden administration has taken some helpful steps but remains hesitant. Squabbles over trade between Boeing and Airbus have been resolved. The US and Europe addressed some tariff issues with progress on ending President Donald Trump’s steel tariffs.

But US/China trade tensions have hardly been set aside. The US is showing no interest in rejoining the Trans-Pacific Partnership. The World Trade Organisation, despite having a new director general, remains stalemated on key discussions. The WTO Appellate Body is still dormant. Rising nationalism and supply chain concerns will lead to reshoring or greater regionalisation.

President Xi Jinping will not attend the G20 in person. US/China tensions and how other countries cope with them will hang over the summit.

The Italian G20 summit will proficiently manage the inbox. But the world’s enormous challenges are not being tackled with anywhere near sufficient vigour. The G20 Rome summit will mirror that depressing global reality.