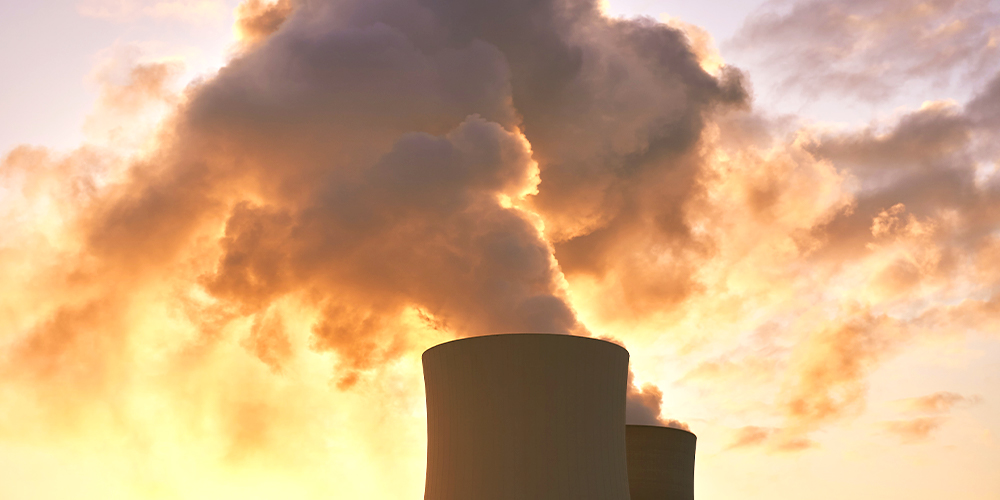 Market neutrality, the principle holding the fort of conservatism against European Central Bank climate action, is beginning to crumble. Over the past few days, more central bankers across the Eurosystem have publicly questioned it for the first time. But there is still a long way to consensus.

The debate around how far the ECB should go in addressing climate risks will be one of the dominant questions in its strategy review, the first comprehensive examination of the bank’s monetary policy framework since 2003.

The principle of market neutrality posits that corporate bonds purchased under the ECB’s €270bn corporate sector purchase programme should be made in a ‘neutral’ way: they should reflect the overall eligible market to ensure they do not distort the relative pricing of securities. Given the concentration of carbon-intensive industries in the corporate bond universe, this has resulted in a carbon-biased portfolio. This is problematic as it exposes the ECB to climate-related risks. And yet central bankers have so far been reluctant to question market neutrality for fear of losing their independence. As I argued on 1 December, such fears are misguided.

More central bankers across the Eurosystem are beginning to question publicly the adequacy of market neutrality. Banque de France Governor François Villeroy de Galhau acknowledged in a speech last week that ‘the ECB balance sheet is “exposed” to climate risk through the securities it purchases and the assets pledged as collateral by banks, to an extent that is insufficiently taken into account’.

He stressed that ‘Market operations are conducted in a neutral manner as long as they comply with the central banks’ risk control rules. And yet, climate risk is precisely a financial risk that is currently insufficiently measured by markets.’

This echoes earlier statements made by ECB Executive Board Member Isabel Schnabel and President Christine Lagarde. They warned of market failure in the way financial markets reflect climate risks and acknowledged the need for ECB action to correct them.

Former Executive Board Member Benoît Cœuré rang the alarm when speaking at the French National Assembly in May 2019. He stated that: ‘In the framework of our current policy, we are neutral regarding the market’s structure which leads us to buy bonds from corporations whose carbon footprints are not good’.

What was once a minority view is slowly becoming mainstream. On the same day as Villeroy de Galhau’s speech, De Nederlandsche Bank President Klaas Knot also questioned the meaning of market neutrality in today’s setting, where capital markets suffer from a carbon bias ‘because the relative price of carbon emissions is distorted’. Knot suggested that ‘central banks could explore how, within the boundaries of their mandates, they can redesign monetary policy instruments to prevent such biases from occurring, and instead contribute to unlocking more green investments.’

The developments are a response to pressure from civil society and elected politicians on the ECB. In its annual resolution on the ECB, adopted on 10 February, the European Parliament urged the central bank to take actions against climate change. Parliamentarians called on the ECB to ‘align its collateral framework with climate change-related risks and to disclose its level of alignment with the Paris Agreement, as well as examining such alignment in the banking sector’, and for ‘a proactive and qualitative risk management approach which integrates climate change-related systemic risks’.

Still, the Governing Council is far from unanimous. Many governors across the Eurosystem have not spoken publicly on this. Some have been sceptical. In November, Bundesbank President Jens Weidmann cautioned that ‘It is not the task of the Eurosystem to penalise or promote certain industries’. He also stated that ‘it is not up to us to correct market distortions and political actions or omissions’ as ‘our primary objective is price stability’.

There are several issues with this approach. First, as some have argued ‘market neutrality’ is a paradox, as central banks intervene to change market outcomes.

Second, the trade-offs between aligning interventions with the market and addressing risks in portfolios need to be considered. There is a difference between accepting that ‘the APP is a tool for macroeconomic stabilisation, not for microeconomic reallocation’ and the reality where carbon-intensive sectors comprise almost 63% of the CSPP, substantially out of line with their much lower share of contribution to euro area employment and output.

Third, prioritising market neutrality over addressing climate risks directly undermines the ECB’s primary objective of price stability. In an ECB blog published over the weekend, Executive Board Member and Network for Greening the Financial System Chair Frank Elderson emphasised the links between climate risks and inflation, recognising the need to respond to climate risks on the ECB’s balance sheet. He also made clear that the ‘often overlooked’ obligation to support European Union economic policies in the Treaty on the Functioning of the EU, often referred to as the ECB’s secondary objective, is a ‘duty, not an option’.

The question is expected to take centre stage at the ECB’s strategic review. When launching the review in June, the ECB stated that it will be based on ‘thorough analysis and open minds’. The ECB will have a critical opportunity to demonstrate that – as suggested by Villeroy de Galhau – ‘market neutrality does not put a break on carbon neutrality’.

Danae Kyriakopoulou is Chief Economist and Director of Research at OMFIF, and Chair of OMFIF’s Sustainable Policy Institute.

On Wednesday 17 February, OMFIF and the Future of Sustainable Data Alliance will discuss how data can be leveraged to enable the achievement of the UN SDGs, Paris Agreement goals and a sustainable post-Covid recovery. Click here to register to attend.