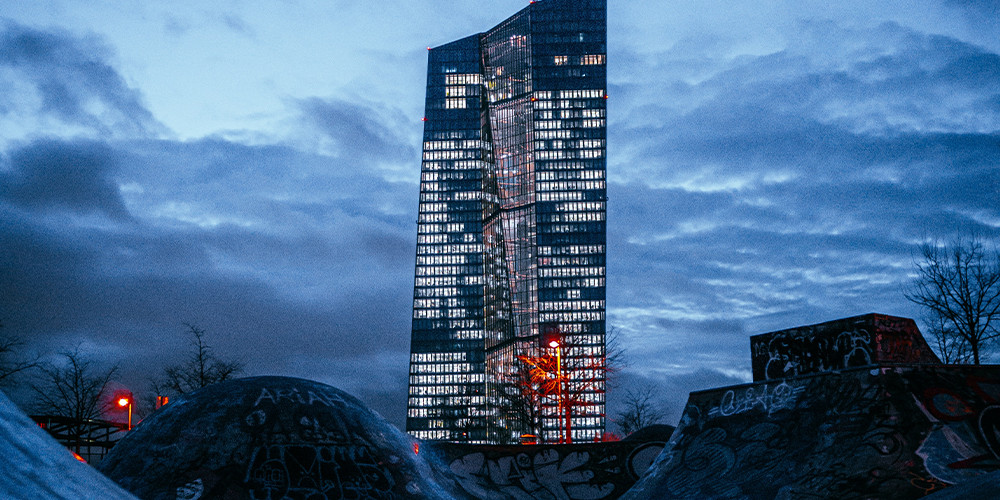 Vaccine announcements have turned on a light at the end of the health crisis tunnel. But the economic effects of Covid-19 remain longer lasting, as does the need for policy support to address them. Even with the pandemic emergency purchase programme, asset purchase programme and targeted longer-term refinancing operations on the European Central Bank’s December table, there are limits to what monetary policy can contribute to Europe’s recovery. Targeted fiscal support remains the most powerful and appropriate policy tool to address the economic ramifications of the pandemic.

However, there are worries over ‘fiscal dominance’, whereby monetary policy is forced to accommodate high levels of public debt. In his OMFIF speech last month, Bundesbank President Jens Weidmann stated that central bankers need ‘to make it very clear that we are not going to place monetary policy at the service of fiscal policy’, cautioning that ‘if we create a different impression, we are putting both our independence and our credibility at risk.’ Former ECB Executive Board Member Otmar Issing similarly argues that ‘central banks are caught in a trap of their own making’ and wonders whether ‘they will be able to escape the regime of fiscal dominance and retain their independence’.

Such fears are misguided. True, the pandemic is strengthening the links between fiscal policy, monetary policy and government debt management. But the rationale for central bank independence is rooted in institutions’ ability to tie themselves to Odysseus’ proverbial monetary mast and deliver stable prices when political Sirens call for stimulus that is not economically justifiable. This ability is preserved by pursuing the right policy options and delivering good results, not by refraining from doing so to defend a reputation for independence for independence’s sake.

As ECB Executive Board Member Isabel Schnabel says, the euro was built on the principle of ‘monetary dominance’, with the central bank’s objectives ‘determined by its mandate as defined in the European treaties’. So long as bond purchases make economic sense, central bank credibility is not at risk and nor is independence. And in today’s context, they do. Nominal interest rates are already at the lower bound, leaving asset purchases as a key instrument for delivering price stability.

The same applies to another source of fears over losing independence: climate change action. So far, this has focused on supervision, with several regulators introducing climate stress tests on banks and insurers. Few have walked their supervisory talk through addressing climate risks in their own portfolios, whether in reserves management or asset purchase programmes.

For the ECB, this is due to the ‘market neutrality’ principle that guides its corporate sector purchase programme to be in proportion with the overall eligible market, to avoid distorting relative pricing of securities. Given the concentration of carbon-intensive industries in the corporate bond universe, this has resulted in a carbon-biased portfolio.

The ECB, in its forthcoming strategic review, should rethink market neutrality. Both Schnabel and President Christine Lagarde have rightly pondered whether such assets should be eligible for the ECB’s risk-constrained investment universe. Lagarde warned of market failure and suggested that financial markets may ‘not actually be measuring the risk properly’.

Others are more sceptical. Weidmann, while acknowledging that ‘central bank independence is not an excuse for inaction’, has insisted that ‘it is not up to them to correct market distortions and political actions or omissions’. He questions whether ‘central banks should become engulfed in politics and undermine their own independence’. Instead, he argues that governments should adjust carbon prices. This is correct. But while governments have yet to do so, they have committed to action through the Paris climate agreement. Central banks evaluating the risk of assets in their portfolios can thus safely assume that the prices of such assets are heading in one direction only – and it is not one that justifies their presence on the ECB’s CSPP.

By focusing on ‘market neutrality’, the ECB may be missing an opportunity to reduce risks in its portfolio before a so-called climate Minsky moment occurs. Viewed through this lens, failing to address market failure is not a question of central banks playing politics and losing their independence as a result. Rather, their balance sheets will become more vulnerable to under-priced risk.

Fears about central banks losing their independence through fiscal dominance or loss of market neutrality are misguided. Worse still, they can be dangerous if they discourage them from pursuing the right policies. By acting responsibly and using the tools appropriate for the conditions they face, central banks will enhance their credibility and independence.

Danae Kyriakopoulou is Chief Economist and Director of Research at OMFIF and Chair of the OMFIF Sustainable Policy Institute.