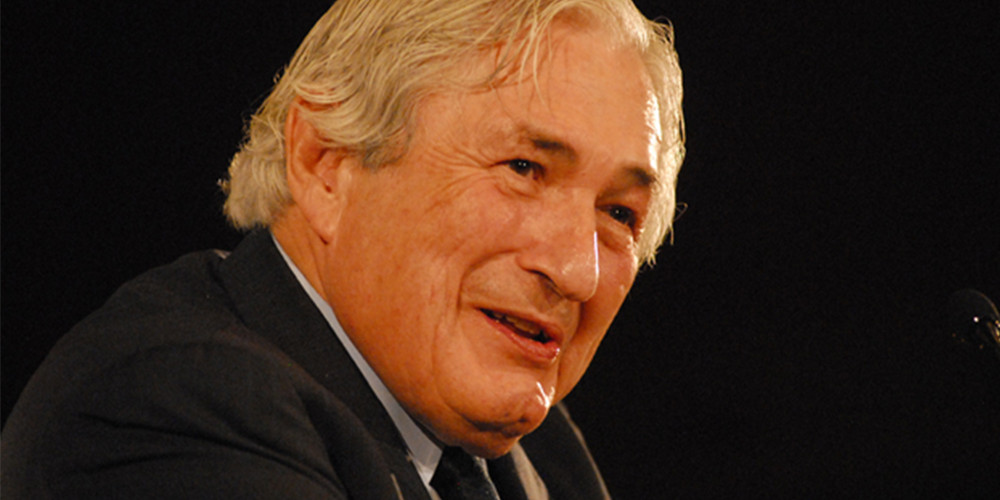 In their approximate chronological order, the three most important influences on James Wolfensohn were music, money and marriage. He inherited his love of music from his mother, who was an accomplished pianist, and would himself become a handy cellist under the tutelage of Jacqueline du Pré. But the pleasure he derived in his childhood from listening to his mother singing was too often disrupted by discordant arguments between his parents over money.

This instilled in the young Wolfensohn a fear of financial insecurity and a precocious preoccupation with return on investment. ‘I would do calculations on scraps of paper about how long I could live on £100 if I only ate cheese and bread,’ he later recalled.

Wolfensohn resolved at an early age never to expose himself nor his family to financial embarrassment. The lynchpin of that family, and the most important of the three influences that shaped his life, was Elaine, née Botwinick. A French literature graduate whom Wolfensohn met a week into his course at Harvard Business School, Elaine did not share Jim’s enthusiasm for money and business. But she certainly shared his passion for the arts. The couple spent their wedding night at the opera, and remained inseparable up until Elaine’s death in August 2020. ‘Jim and Elaine formed an extraordinary partnership,’ says one family friend. ‘She was the anchor, the inspiration and the guiding light behind and beside his dynamism, ambition and drive.’

His youthful anxiety about money sheds some light on why there is a striking emphasis on personal financial detail in Wolfensohn’s autobiography, A Global Life, published in 2010. It also explains why he found the prospect of a generous pay packet from Salomon Brothers ‘scary and exhilarating’. The promise of $2m-$3m helped compensate for the disappointment of missing out on the chairmanship of Schroders, which Wolfensohn had joined when he relocated from Sydney to London in 1968.

Wolfensohn developed a fear of failure which in turn stoked a ‘hunger for victory’. He used an epée to satisfy it. Shortly before his 23rd birthday, James Wolfensohn strode into the Olympic Stadium in Melbourne as a member of the Australian fencing team contesting the 1956 Games.

Wolfensohn’s pursuit of income did not usurp his integrity, as it may have done among some of his more rapacious fellow financiers on Wall Street. This was true even when the stakes were as high, just as they were when his team at Salomon Brothers was handling the restructuring of Chrysler. Wolfensohn called the rescue operation he led for Lea Iacocca’s troubled car company in 1979 ‘one of the most challenging corporate financial tasks ever undertaken by an investment bank.’

Stanislas Yassukovich, a great friend and contemporary, was at the time of the Chrysler rescue at the European Banking Company, the consortium bank set up in 1973. ‘When I told Jim we had a mandate to reintroduce Chrysler to the international capital market with a short-term note placement, most bankers would have bridled and told me to get off their turf,’ Yassukovich recalls. ‘Not Jim. He was friendly and co-operative and asked how he could help. In the dog-eat-dog world of international investment banking, this was a rarity. He was a brilliant representative of a breed of international bankers now as extinct as the dodo.’

Four and a half years at Salomon, two of them spent on the Chrysler restructuring, made Wolfensohn a wealthy man. But internal politics were draining, and left him pining for independence. In October 1981 he set up a boutique consultancy, James D. Wolfensohn Inc, advising clients such as Daimler-Benz, HSBC, Lend Lease and others on how to optimise their investment banking relationships.

But it won’t be for the advice he gave to his investment banking clients that Wolfensohn will be remembered beyond the confines of Wall Street. His broader legacy was defined by the decade he spent as president of the World Bank between 1995 and 2005. This was a position he yearned for with such intensity that he relinquished his Australian nationality to secure a job historically reserved for Americans. In the words of his biographer, Sebastian Mallaby, Wolfensohn desired the World Bank presidency ‘with a 10-million volt passion, with the same supercharged, bulldozing lust that had made him an Olympic sportsman, a Wall Street titan, and an accomplished cellist.’

Wolfensohn did not crave leadership of the World Bank for its kudos. Nor did he not want it for the $190,000 salary. No, Wolfensohn was captivated by a genuine belief in the opportunities that his nomination by President Bill Clinton would give him to take up arms against poverty. He was thrilled by the prospect of putting a smile on a child’s face, which is how he once described the visible manifestation of poverty reduction.

More specifically, he was energised by the chance to do something about the destitution that had shocked him so profoundly as a young man. His first experience of this came on his travels to Latin America and India in the early 1960s in the employ of Rheem International, a manufacturer of various steel products. ‘I was astonished by the poverty I saw,’ he recalled in his autobiography. ‘The inequity was so striking that I could hardly absorb what was in front of me.’

Witnessing this level of deprivation, first-hand, left what Wolfensohn described as an ‘indelible mark’ on him. So when he announced in an address to World Bank staffers on his second day in the job that ‘we’re here for one reason only, and that is to change the world’, he meant what he said.

Wolfensohn wasted little time in turning his rhetoric on poverty alleviation into action and in demonstrating that he was the antithesis of the stereotypical H Street banker, detached from the reality of human destitution. During his 10-year watch, Wolfensohn empowered the Bank’s local staff to make on-the-ground decisions that had previously been taken by deskbound number crunchers in Washington or Paris. He began to address the challenge of unsustainable debt by launching the heavily indebted poor countries debt relief initiative. He declared war on corruption, which he regarded as a ‘cancer’. He prioritised several previously neglected or subordinated areas such as environmental protection, gender equality, disabilities and culture. He never silenced the belligerent, placard-brandishing extremists calling for the Bank’s abolition. No World Bank president ever will. But the dialogue he implemented with the NGO community quietened some of the Bank’s more disruptive detractors.

Above all, Wolfensohn broke new ground by demonstrating a preparedness to dirty his hands. So too did Elaine, who accompanied her husband on many of his trips to the 140 countries he visited during his tenure. ‘You cannot understand the problems of education in a village 600 miles away from the capital city unless you’ve been to the village 600 miles away from the capital city,’ he said in a 2006 interview.

The Wolfensohn presidency was not free of failure. No tenure at the helm of the Bank ever has been, and it is doubtful that any ever will be. Nor was Wolfensohn universally liked. He could be volatile, short-tempered, arrogant and super-sensitive. He told staff in 1995 that he was an ‘exceptionally insecure’ man who needed to know who his friends were. Wolfensohn was not the first World Bank president, and certainly won’t be the last, to discover that a rhinoceros-hard skin should be a prerequisite for the position.

Whatever his shortcomings, Wolfensohn left the World Bank a better place, a more confident institution and a more effective engine of change than he had found it.

Long after leaving H Street in 2005, Wolfensohn continued to apply this dynamism and energy to an eclectic range of pursuits, including Middle East politics, philanthropy, music and the arts. ‘For much of his life, Jim was focused on resolving some of the world’s most intractable problems,’ is how he is remembered by Gene Rotberg, former vice-president and treasurer of the World Bank. ‘He was committed to the viability of the arts and humanities and to institutions dedicated to beauty and learning; to eliminating distrust between the bitterest of adversaries; and to reducing the corrosive effect of poverty and its consequences – violence, lethargy and the diminution of the human spirit. We will miss the voice and cello of our messianic romanticist.’

James Wolfensohn died in New York in late November, one week short of his 87th birthday.