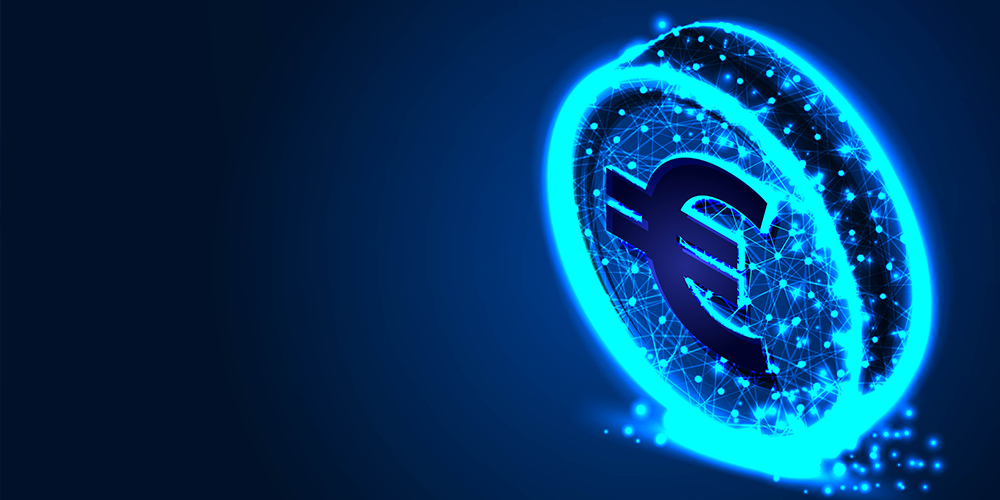 In July 2021, the European Central Bank confirmed that it is beginning a two-year investigation into the digital euro, with sights set on a 2026 launch. It is a bold step for the payments industry, and one that could open up exciting new opportunities within Europe.

While the issuance of central bank digital currencies remains largely in the hypothetical stage, over 85% of central banks are investigating it. The introduction of CBDCs now appears inevitable, and countries such as China and Sweden are in the trial stages of implementation. Giesecke+Devrient is working with several central banks on this – including a pilot project in Ghana.

The digital euro will play a role in safeguarding European sovereignty – in digital, monetary and economic terms. It will ensure autonomy over the financial flow within the European Union, making Europe independent from private players outside of the EU. Covid-19 has shown it is important that certain critical infrastructures – including payments – are provided by public local authorities.

Christine Lagarde, president of the ECB, has stated that while it is not necessarily a cause for concern that Europe is dominated by foreign payments service providers, an ‘increase in protectionist policies’ and the ‘evolving global context’ must be considered. ‘We have a responsibility to ensure that our citizens have a choice and cannot be excluded from the payments ecosystem due to the unilateral actions of others,’ she said.

The digital euro could be a great foundation for innovation. One of the main advantages is that it is a universal means of payment. It would provide all the benefits of cash for the digital world and could be used everywhere. This would be a true advantage for citizens.

From a commercial bank perspective, a digital euro would ensure one standard is used by all commercial banks, meaning it is interoperable. This would solve the problem of isolated usage for the clients of one commercial bank.

As the customer-facing part of the digital euro, commercial banks will be in charge of distributing it – just as they are in charge of distributing the physical euro today. The cash ecosystem is huge and, with the launch of a CBDC to complement physical cash, there is potential to develop new business models. Commercial banks could be an integral part of these new business models and extend their offerings and services.

The launch of the digital euro would also bring benefits to the European economy. Payment is a crucial service for the entire economy, and an effective solution could increase efficiency for companies, bring about new business models and fuel economic growth.

The ECB could provide further possibilities for innovation if it included programmability as a feature with a focus on programmable payments. The benefits of this could change the business world and further advance the economy of things, moving us all into a more digital future.

One aspect that must be considered pre-launch is inclusion. A CBDC should be a universal and inclusive means of payment that can be used by everyone without needing the latest smartphone. Other wallet devices can help ensure a CBDC is as universal as possible – a wristband or a smart card carrying a CBDC, for example. If more people had access to digital services, it would help foster inclusion and the growth of the digital economy.

And then there’s the issue of acceptance – even if the digital euro was available to everyone, would they use it? On the one hand, many people don’t understand what the digital euro is and so can’t see the benefits. On the other, people fear that they may lose privacy. The ECB public consultation on a digital euro, published in April 2021, confirmed that privacy was considered the most important feature by both citizens and professionals. The digital euro has to meet the needs of the general public so that it will be used in the everyday world.

A digital euro should enable offline payments and protect the privacy of the users. G+D has created the token-based CBDC solution, Filia, to solve these challenges. Filia has no single point of failure and has been designed to be as close to cash as possible, which guarantees security, availability and a balance between privacy and transparency. It performs secure consecutive offline payments and follows a pioneering programmability approach to enable programmable payments.

The ECB has much to consider in its investigation phase, but we should all be considering the implications and possibilities of a CBDC. New business models will be developed and the possibilities are substantial. The digital euro could revolutionise the way we conduct payments.