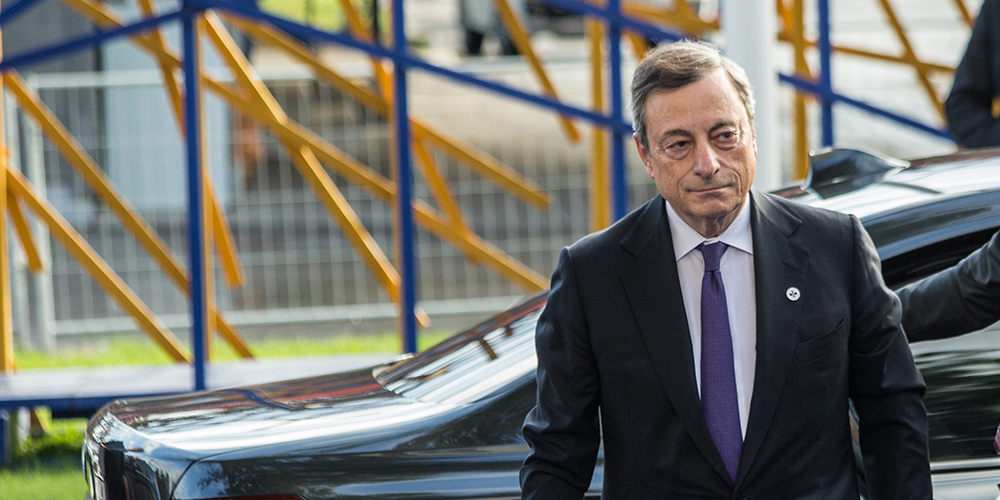 Mario Draghi, Italian prime minister, is emerging as Europe’s pivotal politician days ahead of a crucial European Central Bank meeting likely to extend the monetary legacy he laid down as its president in 2011-19.

European statistics compiled by OMFIF show evidence of sharply rising producer prices across the euro area, by as much as 8% year-on-year (Figure 1). Although there are only limited signs of this feeding into permanently higher costs for consumers, much increased energy and other input prices, exacerbated by bottlenecks (Figures 2-4), complicate the ECB’s monetary policy-setting at the 10 June meeting of its governing council. 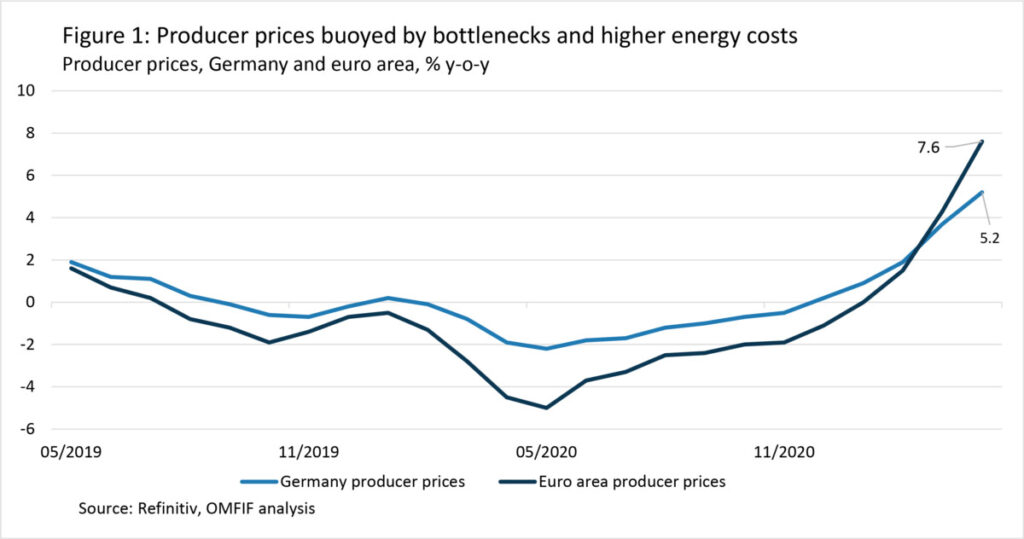 Despite worries about a worldwide rise in inflation fuelled by the US recovery and President Joe Biden’s massive stimulus, the minority on the ECB council favouring a gradual shift to monetary normalisation shows little appetite for a showdown on Thursday.

Political uncertainty in Germany and France ahead of elections in September and April, coupled with the probability that Draghi will remain Italy’s prime minister until 2023, is highlighting the 73-year-old technocrat’s key position.

The historically weak showing of German Chancellor Angela Merkel’s ruling Christian Democrats – despite its success in Sunday’s regional election in the east German state of Saxony-Anhalt – is likely to hold up coalition-building after the general election. Merkel looks set to remain caretaker-chancellor at least until Christmas, depriving Europe’s largest economy of new direction until the New Year. The Greens lost momentum at the weekend, making more probable Germany’s first four-party post-war coalition. 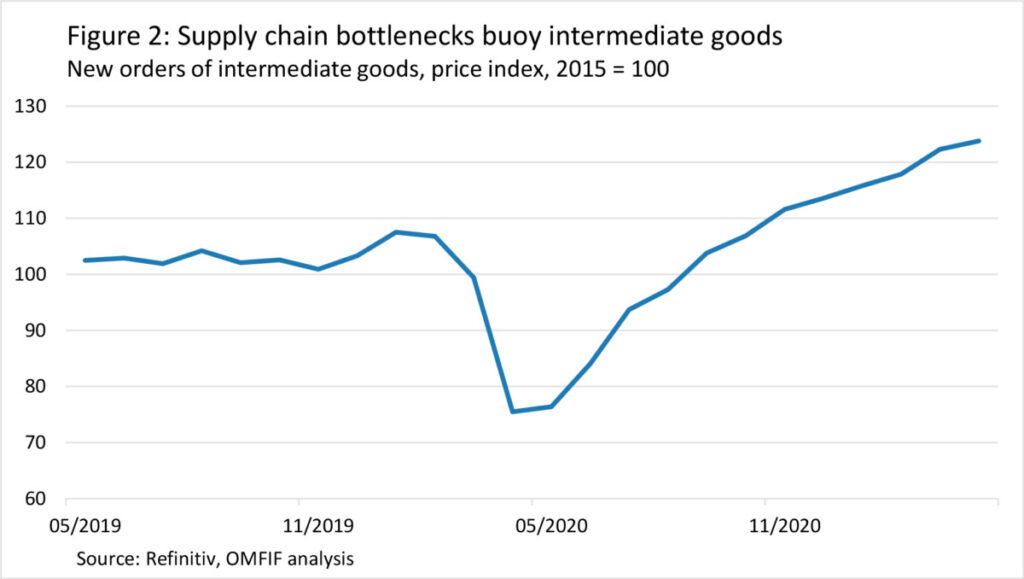 The ECB is likely to continue monetary accommodation under its pandemic emergency purchase programme. Next month sees the 10-year anniversary of the last ECB interest rate rise. This tightening was promptly reversed when Draghi took over in November 2011 from Jean-Claude Trichet, starting a decade of low and negative interest rates and central bank asset purchases.

On Thursday the council is expected to maintain government bond buying close to the relatively elevated spring-time level of €80bn a month. Some seasonal tailing off is expected during the summer, but Christine Lagarde, Draghi’s successor as ECB president, backed by Philip Lane, board member for economics, wishes to keep options open on extending PEPP beyond the planned end-March cut-off date.

The council is due to harmonise its policies on a range of issues ahead of the formal September conclusion of its 18-month strategy review. A conclave on 18-20 June at a secret location in the Taunus hills close to Frankfurt is due to fine-tune decision-making. This could also be a focus for discord. 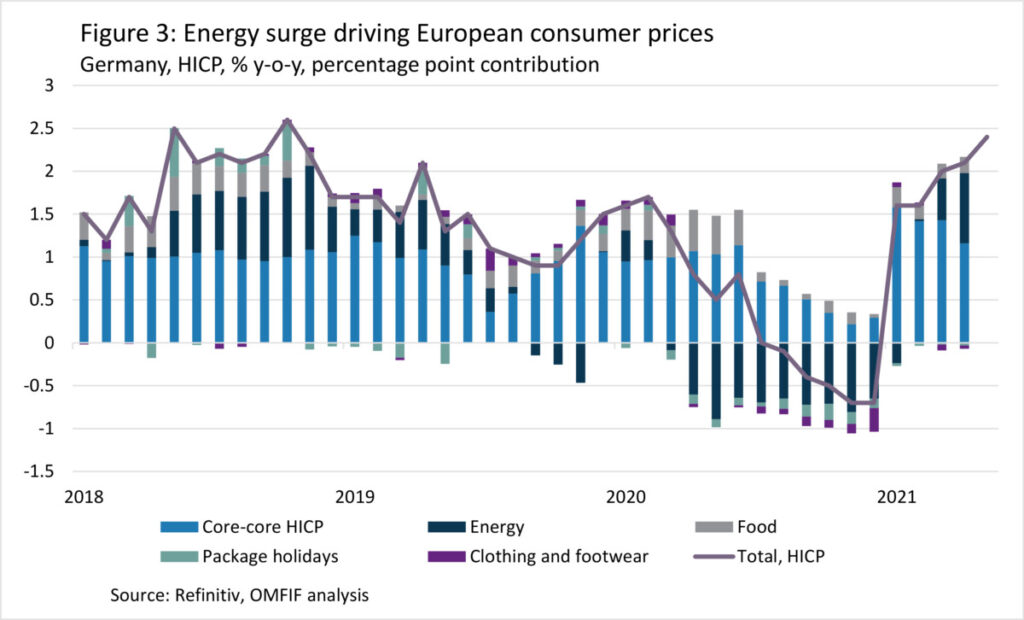 The ‘hawks’ on the council, a relatively small group linking the Austrian, German and Dutch central banks bolstered by the Baltic states, wish to preserve their limited firepower for an anticipated conflict in September over extending PEPP to bridge the French presidential election in April 2022. There is talk of ‘confrontation’ if the ‘doves’ on the council mistake a temporary ceasefire as a permanent capitulation.

Draghi’s position has been bolstered by his early successes in Rome following his appointment in February. He has streamlined Italy’s application for around €220bn of funding under the European Union’s €750bn Next Generation fund. He has shifted Italy towards a new Atlanticist course resisting Chinese investment inroads into China, reversing previous governments’ policies. Both domestically and externally, he appears as the sole guarantor of Italy’s political and economic credibility in relation to EU commitments, effectively curtailing any room for manoeuvre from sections of the political system bristling under his mettle.

Speculation is mounting in Rome that President Sergio Mattarella could be convinced to carry on for part of a second term in February 2022, in parallel with what his predecessor Giorgio Napolitano did, albeit in different circumstances. This would enable Draghi to complete his work as saviour-guarantor of Italy, stepping in as president following scheduled political elections in 2023. Mattarella has strongly denied such a possibility. But the alternative of Draghi resigning in December to bid for the presidency in February would inevitably lead to an early election, which the far-right Brothers of Italy and Matteo Salvini’s League could win on a populist and eurosceptic ticket. This would add confusion to an already unstable political situation, calling into question Italy’s commitment and ability to make use of the NGEU funds. 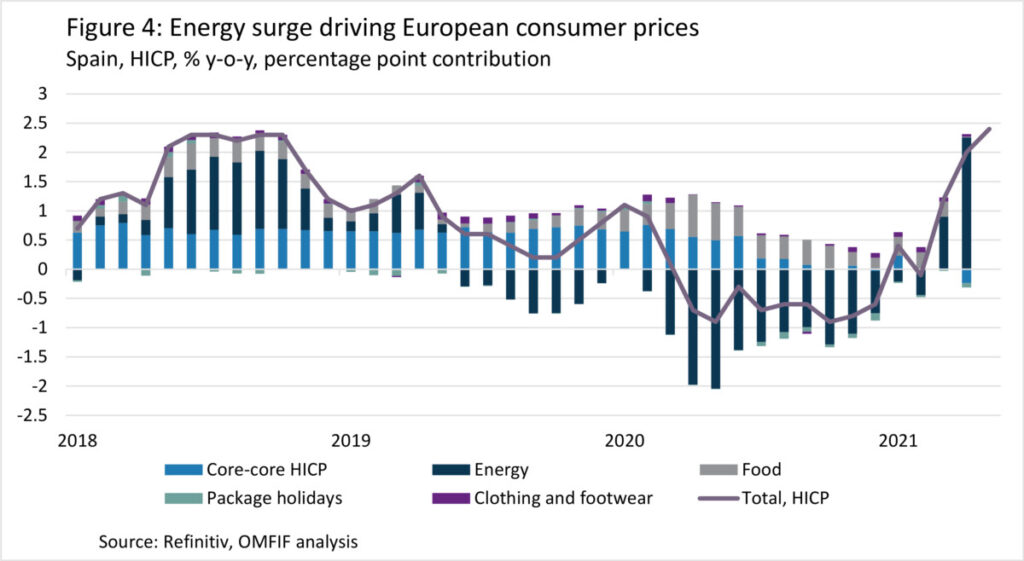 As a sign of rising European inflation pressures, 45% of German manufacturers reported shortages of intermediate goods in April. This is visible in the rising price of intermediate goods as orders accumulate and take time to be fulfilled (Figure 2). However, a surprise 0.2% drop in German factory orders in April may point towards a gradual swing in demand. Producer prices are feeding through only marginally into consumer prices, which have been distorted by statistical changes and basis effects.

In Germany, the 2.0% consumer price index figure in April was driven by a 38% year-on-year rise in liquefied natural gas prices, as well as increases in heating oil and other energy inputs. While total euro area consumer price inflation was 2.0% for May, this falls to 0.9% excluding energy and unprocessed foods. Labour costs, meanwhile, have oscillated (Figure 5) but have yet to display anything resembling a price-wage spiral. 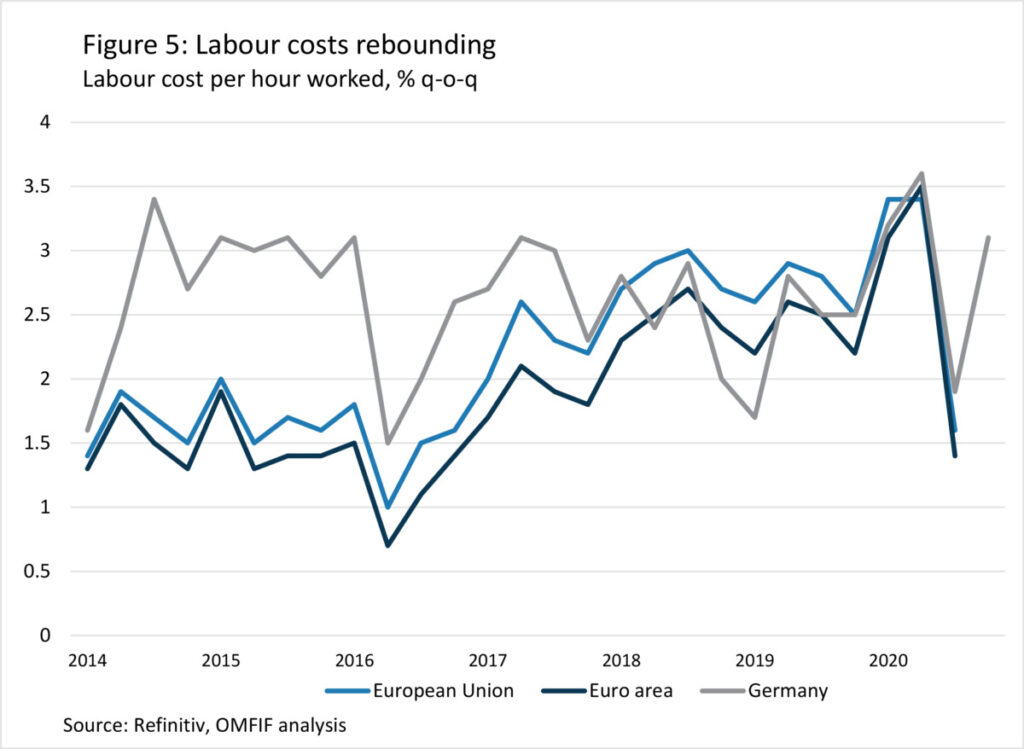 Antonio Armellini is Vice-President of the AIICP Italy-India Association and a former Italian diplomat. David Marsh is Chairman at OMFIF. Pierre Ortlieb is Economist at OMFIF.