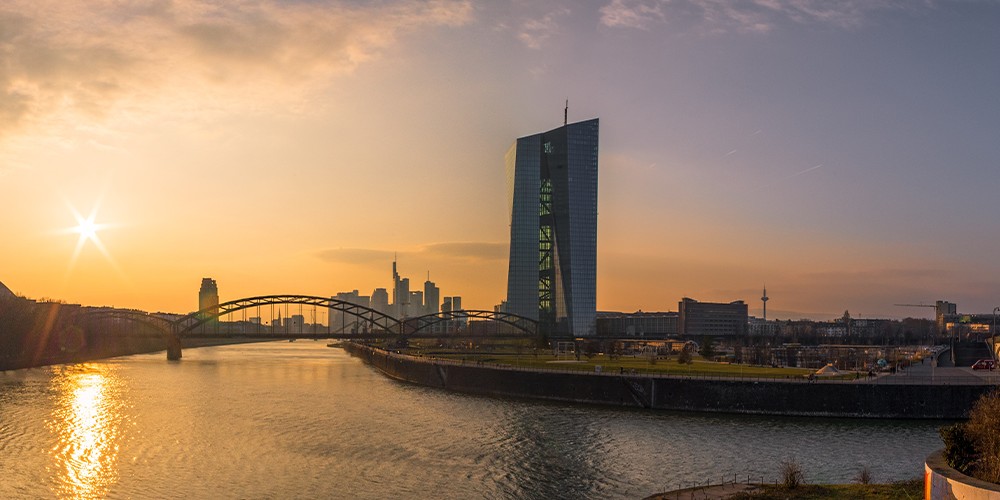 Warnings from high-level Germans about ‘elephant in the room’

Pressure is mounting on the German Bundesbank to seek to head off further expansion of European Central Bank asset purchases, as anxiety deepens in Germany about economic overheating and higher inflation in the US and Europe.

Behind-the-scenes ECB wrangling, likely to surface at the next governing council meeting on 10 June, could expose the 22-year-old single currency to one of its greatest tests as Europe emerges at disparate speeds from the pandemic.

A build-up of US inflation, resulting from massive fiscal and monetary stimulus, is a big factor in the simmering ECB conflict. Expectations are rising that the Federal Reserve will start to retreat from monetary easing well before the previously scheduled 2024 tightening date, possibly as early as later this year.

By contrast, a strong ECB faction, mapping out its €1.85tn pandemic emergency purchase programme, wishes to maintain government bond-buying for the July-September quarter at close to the relatively elevated €80bn-a-month pace of the second quarter. This faction, emphasising still generally slack labour markets and muted 2022 European inflation prospects, wants to start lowering monthly PEPP volumes from September. This group favours using up the entire programme by the end of March 2022, when the PEPP is scheduled to run out, before possibly extending it.

The political atmosphere has been heating up in Germany four months before the general election on 26 September. An unusually wide range of potential coalition governments is possible, perhaps with the formation of Germany’s first four-party post-war government, following the retirement of long-serving conservative Chancellor Angela Merkel. The Greens, riding high in opinion polls and expected to enter a post-September coalition, want interest rates to remain very low in Europe to fund large-scale social, infrastructure and ‘green economy’ programmes.

One of the signatories told OMFIF: ‘Our initiative for normalising ECB monetary policies is explosive because this ultimately affects the internal workings and cohesion of the euro area. This explains why, at the highest level of German politics, people don’t comment on this. They see the risks, as we do, of an extension of the current [ECB] course, but they wish to lock in a cupboard the big elephant in the room – the political consequences of a change in strategy – which, in view of the pandemic situation, is quite understandable.’

The 14-strong group includes Edmund Stoiber (CSU), former Bavarian prime minister, Peer Steinbrück (SPD), former finance minister, Franz-Christoph Zeitler, former Bundesbank deputy president, and Paul Achleitner, chairman of the supervisory board of Deutsche Bank, which has normally supported the ECB’s asset purchases. Wolfgang Schäuble (CDU), Bundestag president and former finance minister, a long-time opponent of the ECB’s quantitative easing, was associated with the group but is not a signatory. The CDU economic council, a body which is nominally independent from the party, played a role in organising the group.

The statement says ‘ultra-expansionary monetary policy’ will lead to ‘structurally weak growth’. It claims: ‘The ECB is demanding that governments take ever more extensive steps towards a transfer union.’ It calls for a step-by-step reduction of Germany’s new debt and compliance ‘as soon as the economic situation permits’ with Germany’s 10-year-old, currently suspended constitutional debt brake, limiting new federal borrowing to 0.35% of gross domestic product.

The statement criticises the European Union’s €750bn pandemic reconstruction fund, saying, ‘Some member states see this as an opportunity to press ahead with their demands for joint liability and comprehensive transfer systems, which were not enforceable at the beginning of monetary union, and to bypass the European stability mechanism created for emergency lending.’

No current Bundesbank official signed the document, but Jens Weidmann, the central bank’s president, played a role in helping formulate the group’s message. It closely follows the German central bank’s 30-year-old policy that, since Europe is not politically unified, national governments within Europe’s 19-member monetary union should not take over responsibility for other countries’ financial obligations.

Weidmann and others on the ECB council sceptical about continued monetary accommodation are wary of the ECB’s pro-easing group’s perceived desire to extend the PEPP for a further three months to the end of June 2022. Leading ECB decision-makers are worried about the effects of diminished PEPP on bond yields and borrowing costs for weaker countries, above all Italy but also France. PEPP extension would bridge an uncomfortable gap encompassing the French presidential elections on 10 and 24 April. French President Emmanuel Macron is expected to come under potentially market-upsetting pressure from his right-wing opponent, Marine Le Pen, leader of National Rally, formerly the National Front.

Ending PEPP 10 days before the French elections could provoke a financial market storm similar to unrest in September 1992 in the exchange rate mechanism of the European Monetary System. This caused political uproar, leading indirectly to the birth of the euro six years later and to Britain’s exit from the European Union decided by a referendum in 2016.

With German inflation (albeit for partly temporary reasons) now at the ECB’s reference level of 2%, and expected to rise beyond 3% later this year, the Bundesbank and other more hawkishly minded euro area central banks wish to signal that PEPP will be reduced and phased out on time.

The Bundesbank is acutely aware of a looming ‘conflict of interest’, which could come to a head in September. It may then become evident that the ECB is running its monetary policy to support highly indebted states’ fiscal positions – the long-touted moment of ‘fiscal dominance’ – rather than to back its legal mandate of price stability.

Most on the 25-member ECB council remain supporters of the accommodative stance favoured by Christine Lagarde, ECB president, and Philip Lane, board member for economics. At an OMFIF briefing on 5 May, Lane left open the possibility that the PEPP could continue beyond March 2022, affirming that the ECB wished to ensure ‘favourable financing conditions’ until the end of the crisis – a mantra it is expected to repeat at and before the 10 June meeting.

Worries in Germany about inflation persisting into next year – when the Bundesbank and other forecasting bodies at present believe it will recede – have been heightened by accelerated growth expected for the rest of the year after a big rise in German vaccinations. The German government now expects the economy to return to its pre-pandemic GDP level by the end of 2021, much faster than many other euro area countries.