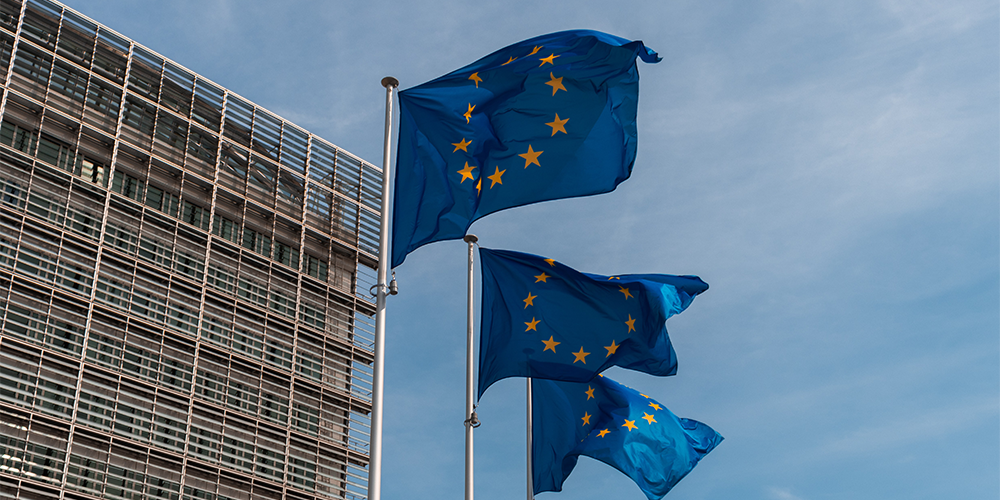 Next Generation EU toolkit could be used well beyond 2026 mandate

The European Union’s Next Generation fund has all the tools in place to launch the debut bond of a new €750bn entrant to the sovereign debt markets, two of its leading architects told an OMFIF event on 8 June. And they hinted at the possibility that this toolkit could be used by the EU for future issuance beyond the fund’s initial mandate of 2026.

A recurrent theme of OMFIF’s event on the future of sovereign debt was that Europe’s largest government issuers and policy-makers have made a timely, decisive and cohesive response to the Covid-19 crisis. Hosted by OMFIF’s new Sovereign Debt Institute alongside DZ BANK and HSBC, the event brought together panellists from several leading EU debt management offices as well as investors and intermediaries.

The EU has already established a benchmark for generating both a political and an economic opportunity out of the crisis. The €750bn Next Generation EU initiative, aimed at making Europe greener, more digital and more resilient, is more than a recovery programme. It has been dubbed Europe’s Hamiltonian moment, a reference to the epoch-making agreement on the federalisation of state debts engineered in 1790 by then US Treasury Secretary Alexander Hamilton.

The European commissioner for budget and administration, Johannes Hahn, preferred a more prosaic description for the project: ‘It is a strong expression of solidarity,’ he told the OMFIF event.

Superficially, it’s easy to grasp why European Commission policy-makers should be hesitant about politically sensitive references to the initiative. After all, the proposal established the basis for a fiscal union that now has a history dating back well over two centuries. Next Generation EU is, by contrast, intended as a one-off response to a crisis – a response with transformative long-term implications, to be sure, but a one-off exercise all the same.

‘For the first time in history, this creates an alternative to the US Treasury market,’ said Frank Scheidig, global head of senior executive banking at DZ BANK and deputy chair of OMFIF’s Advisory Board.

It is not an exercise that has met with undiluted support throughout the EU. The most notable opposition has been in Germany, where a constitutional complaint against the recovery fund was filed in March by over 2,000 individuals unhappy about the mutualisation of EU debt.

Hahn insisted that the legality of funding programme is unequivocal. ‘This is a reaction to a one-off event,’ he said. ‘Article 122 of the Treaty [on the Functioning of the European Union] makes it crystal clear that in the event of an unprecedented situation, a response of this kind is permissible’. He added that prospective investors in the recovery fund’s bonds have been given ample reassurance by the Bundesrat and the Bundestag of the constitutional legality of the debt.

With the challenge to its legality apparently swept away, for the time being at least, the path is now clear for the launch of the funding programme. This is an ambitious agenda calling for annual issuance of around €150bn over the next five years. Some €80bn of this will come to market by the end of 2021, with the inaugural syndicated issue now imminent.

Siegfried Ruhl, the European Commission’s counsellor to the director general for the budget, explained the groundwork that has now been completed in readiness for the programme’s curtain raiser. In April, the Commission appointed a panel of 39 dealers which will provide support for the bond issuance programme at a secondary as well as a primary level. By the beginning of June, it had circulated a request for proposals among its dealers and released updated details of its funding plan for June-December 2021. And shortly before he spoke to OMFIF, Ruhl completed his first global investor call in preparation for the maiden syndicated offering. This is reported to have indicated that the minimum size of the deal will be around €11bn, with the likely maturity said to be 10 years.

Ruhl emphasised that a priority is to build a liquid yield curve in reasonably short order with maturities eventually stretching out to 30 years. ‘Annual funding of €150bn is comparable to what some of Europe’s top sovereigns were borrowing prior to the pandemic,’ he said. ‘So, it is essential that we build a flexible funding programme that can adapt to all market circumstances and cater to investors in all areas of the curve.’

Ruhl added that Next Generation EU’s immediate funding plan involves issuing three syndicated benchmarks by August. The following month it intends to add auctions to the programme, using the Banque de France’s TELSAT bidding system. Thereafter, its strategy is to issue one syndicated deal and one auction each month.

September will be an important month for the the project. This is when it is due to update its funding plan based on member states’ individual recovery and resilience strategies. In the same month, it plans to launch its EU-bills auction programme, which is important for economic and political reasons. ‘On the one hand, a sovereign-style liquid bills programme will help us to manage our liquidity,’ said Ruhl. ‘On the other, it will attract a new source of demand, because this will be the first time that investors can buy European credit at the short end of the curve. This in turn will strengthen the international role of the euro’.

New issuance under the Next Generation EU funding programme is scheduled to end at the same time as its final disbursements in 2026. But as the maturity of its loans will extend to as far as 2058, it will continue to rollover its debt for many years. ‘We’ll be a major player in the primary market until 2026,’ said Ruhl. ‘But because we’ll have decent rollover needs after that, we will maintain a strong market presence,’ said Ruhl.

The size, maturity profile and primary market strategy of its funding programme all combine to make Next Generation EU resemble a handful of the EU’s larger sovereign debt management offices. Like the reference to Hamilton, the Commission is uneasy about this nomenclature, given its political resonance. ‘We have such a huge amount to raise, which we need to do in a way that generates funding as efficiently as smoothly as possible’, said Ruhl. ‘So, we have to set up the same infrastructure as a debt management office. We’re creating a funding toolbox for Next Generation EU. Whether it is used for other purposes over the long term is a political decision.’