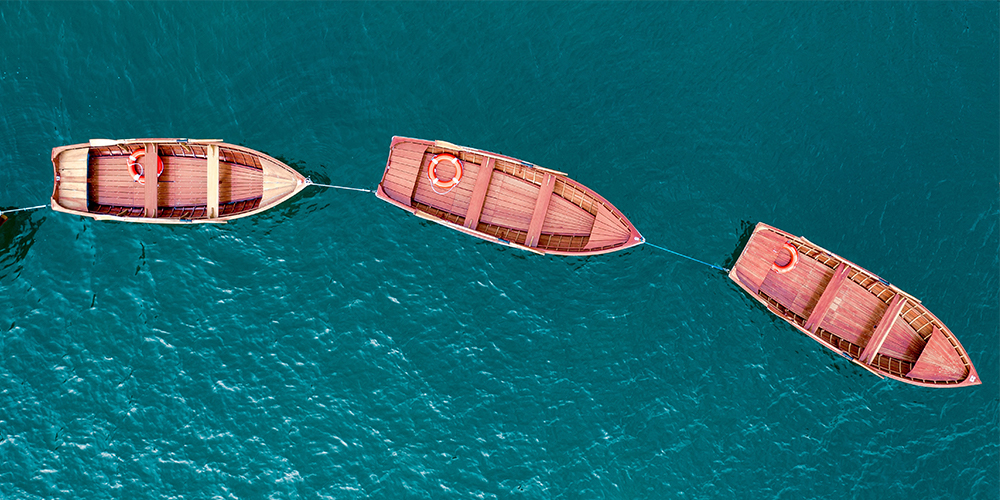 Transitioning to net zero must leave no one behind

The need to shift to a net-zero economy is gaining powerful traction across governments and the financial system ahead of the COP26 summit in November. As the world emerges from the Covid-19 crisis, accelerating investments in climate action and the restoration of nature are no longer seen as a burden, but rather as a driver of economic recovery, job creation and innovation.

The world’s emerging markets and developing countries could be the greatest beneficiaries of this shift. According to Carbon Tracker, Africa has the potential to be a ‘renewables superpower’ with its abundant access to cheap solar and wind power. Reaching net zero as soon as possible will reduce the growing burden of damage from climate change impacts, which falls hardest on developing countries who have contributed least to the problem. Immense health benefits will also be achieved as urban air pollution is reduced or even eliminated, saving millions of lives across the global south.

Realising this huge potential will not happen automatically. By definition, developing countries still face structural deficits in meeting basic development needs and these have been exacerbated by the pandemic. In the coming decades, net-zero investment will be most needed in emerging economies. Nick Stern’s report for the UK prime minister ahead of this year’s G7 summit estimated that global investments of $2.6tn–$3.2tn a year will be needed to deliver the required transitions in energy and resilience. Only a quarter of this investment is needed in the richest economies of the G7.

Getting these trillions of net-zero investments to flow in emerging markets will require a realignment of the global financial system. This means tapping into domestic pools of capital – not least in the banking sector – as well as securing international flows of climate finance far larger than the $100bn per year commitment in the Paris agreement. This will require scaling up investment and confronting structural constraints in underdeveloped financial markets, high costs of capital and incomplete financial inclusion.

Importantly, the assumption that high-income countries are where carbon emissions are highest – and therefore where decarbonisation efforts will be toughest – no longer always holds true. The UK’s carbon emissions peaked in 1973 and the European Union’s in 1979 as de-industrialisation, offshoring and the shift to gas from coal got underway, long before climate policy took effect. According to the World Bank, the UK’s domestic emissions stood at 5.8t per capita in 2016, while China’s had reached 7.2t pc and South Africa’s 8.5t pc. The US still had far higher emissions per capita at 15.5t in 2016, but its emissions peaked in 2007. This trend will only have deepened since 2016.

Crucially, this trend in high-income country emissions is production-based – it does not reflect imports from developing countries. A heavy reliance on production for export is another reason why, as carbon risks intensify in the global economy, it is the global south that is increasingly carrying the burden of exposure.

This point is not lost on decision-makers in major emerging economies. Speaking in April, Governor Yi Gang of the People’s Bank of China observed that, ‘It will take 70 years for the EU, 45 years for the US and about 30 years for China to move from carbon peak to net zero’, and that ‘The time is shorter and the curve is much steeper for China.’ For Gang, the conclusion was clear: ‘It means our financial institutions are faced with grave risks and should begin their green transition right away.’

In India, Dr Arunabha Ghosh and Vaibhav Chaturvedi of the Council on Energy, Environment and Water have noted that ‘If India peaked in 2030, per capita emissions would be 2.2 tonnes. China’s per capita income in its peaking year of 2030 would be $29,438 (in purchasing power parity terms); India’s would be $8,779. When the US peaked emissions, each citizen was earning [on average] $55,916.’ In India, getting to net zero offers huge potential, but it will happen at a lower level of development and require more effort, including how to find alternative employment for over half a million coal mining workers.

Delivering a just transition is an important part of the strategy for achieving net zero across the global south. Long championed by the trade union movement, it is incorporated by the Paris agreement as a way of making sure that the interests of workers and communities are placed centre stage.

The financial sector’s focus on climate risk has prioritised the avoidance of ‘stranded assets’. The just transition means widening this view to include the avoidance of ‘stranded jobs’ and potentially ‘stranded countries’, especially the increasingly carbon-intensive economies in emerging markets. And the just transition goes beyond ‘leaving no one behind’ in high-carbon sectors and regions. It also means ensuring that the new green jobs in the expanding renewables sector are good jobs, providing decent work and boosting local economies.

After a series of false starts – remember the 2018-19 gilets jaunes protests in France? – political leaders increasingly recognise that a just transition is essential to achieving net zero. The EU has established a Just Transition Mechanism to mobilise €150bn by 2027 to support the regions most affected by its Green Deal programme. In the US, President Joe Biden has made clear that the solutions to the climate crisis offer historic ‘opportunities to create well-paying union jobs’ and ‘deliver an equitable, clean energy future’.

But it is not only post-industrial countries that recognise the imperative for a just transition. Speaking at Biden’s climate summit in April, South Africa’s President Cyril Ramaphosa made clear his commitment to ‘contributing our fair share to reduce global emissions’ in the context of ‘overcoming poverty, inequality and underdevelopment’. For Ramaphosa, this means that a ‘climate-resilient future… must be based on a just transition that ensures that those who are most vulnerable in society do not get left behind.’

The real focus of financial system action needs to be the developing world. A just transition strategy that connects climate action with building better livelihoods is essential. North–south climate finance flows need to be doubled, according to Stern, and commitment to the just transition will be key to ‘ensure that the benefits and opportunities are shared widely’.

With more than 70 low-income countries either in debt distress or at high risk of debt distress, boosting international public finance through grants and concessional mechanisms will be important. Extra funding from multilateral development banks will also be vital to support in-country just transition plans. The European Bank for Reconstruction and Development and the World Bank have introduced dedicated programmes for the just transition. These will need to be expanded to all MDBs as the momentum to phase out coal and other fossil fuels intensifies.

As guardians of the financial system, central banks in emerging markets will also need to incorporate an explicit focus on the just transition. This could involve connecting their longstanding commitment to financial inclusion with their growing response to the climate crisis. This more promotional role could involve tools such as India’s well-established priority sector lending programme.

Heading into COP26, all countries need to create more ambitious climate plans. These plans need to be matched by nationally driven roadmaps for financing the just transition. Work is underway in India and South Africa to set out what these roadmaps could contain.

Increased flows of both international public and private sector finance to developing countries will be essential, not only to speed up the transition to net zero and strengthen resilience to physical climate shocks, but also to ensure that fundamental social imperatives are addressed through a just transition. If the EU needs a €150bn mechanism to deliver a just transition in Europe, how much is required for the developing world?