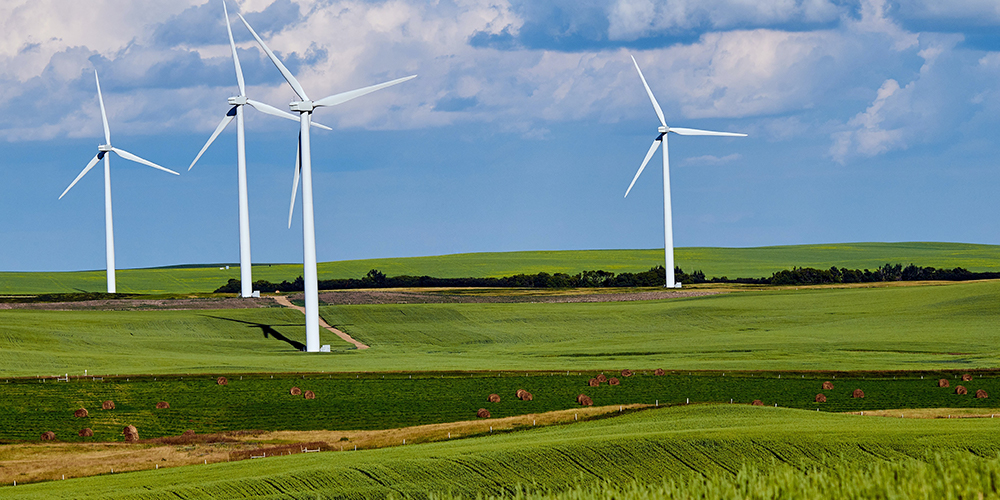 Driving down greenhouse gas emissions to net-zero is essential to minimising the threat of catastrophic climate change. Nearly 130 governments have now adopted or are considering net-zero goals, including in the European Union, the UK, China, Japan and the US. Leading banks and investors are also committing to align their portfolios with net-zero by 2050, including asset managers with some $32tn in assets and banks with a further $15tn in assets. As guardians of the financial system, central banks and supervisors are also starting to explore how they can support the net-zero transition.

There are two compelling reasons for financial authorities to take an explicit stance on net-zero. The first is that achieving a net-zero economy is simply the best way of minimising the risks of climate change to the stability of the financial system and the macroeconomy. The second is that central banks and supervisors need to ensure that their activities are coherent with net-zero government policy, which is now rapidly becoming a global norm.

As Frank Elderson, executive board member of the European Central Bank, and Sabine Mauderer, member of the executive board of the Deutsche Bundesbank, observed recently: ‘While we cannot take on the tasks of governments, we also cannot be mere bystanders in the transition to a net-zero economy.’

Over the past year, the first signs of net-zero central banking have started to emerge. Some central banks, such as the Banque de France, have included temperature goals in the way they manage their own asset portfolios. The Bank of England has launched a review into the climate impact of the issuers in its corporate bond purchase programme. This followed an updated statement of economic policy from the UK government, which now includes the goal of making the transition ‘to an environmentally sustainable and resilient net-zero economy’. More broadly, leading figures in the world of central banking are also recognising that key conventions, such as market neutrality, need to be modernised in light of the persistent market failures that cause climate change.

The proliferation of commitments to net-zero across the financial sector makes the need for a strategic response by central banks and supervisors more urgent rather than less. Markets respond to signals from central banks.

The financial architecture for net-zero is still being formed, with specific disclosure, assessment and governance tools under development. The efforts of central banks and financial authorities will be crucial in ensuring the consistency and credibility of net-zero financial efforts so that they reduce both institutional and system-wide climate risks.

To do this, a systematic approach is required (see figure 1). This begins with the need for central banks and supervisors to develop a net-zero roadmap including short-term actions and long-term expectations. Close liaison with policy-makers will be crucial to ensure that real economy and financial system interventions work as one. Retrofitting a country’s housing stock is a case in point, where building regulations, public finance and the prudential supervision of mortgage providers have to be aligned. 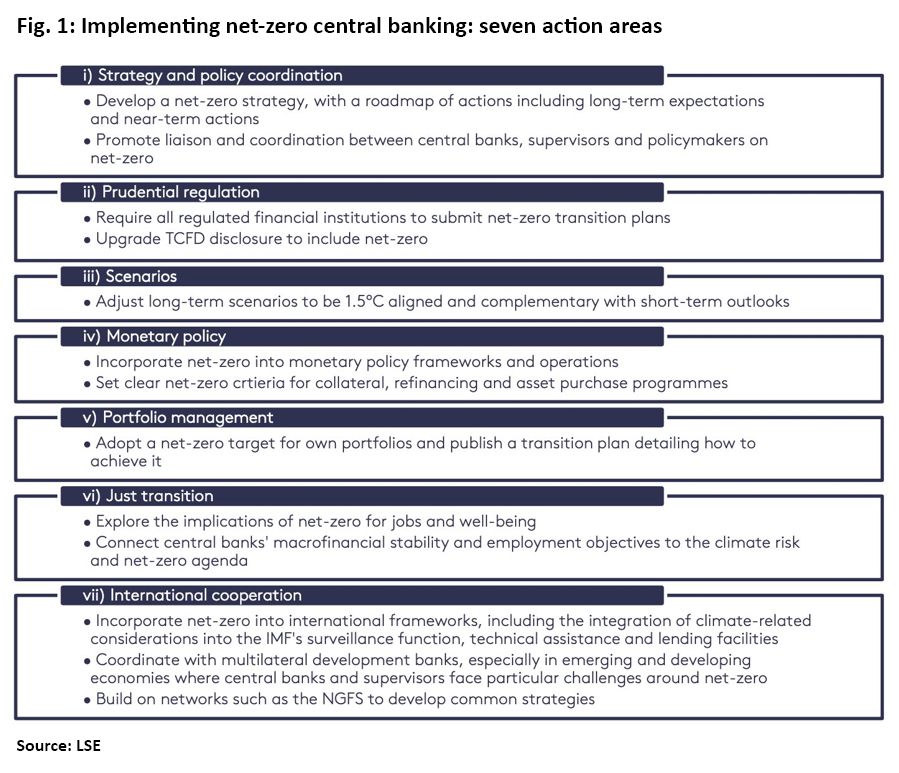 Prudential supervisors should also make net-zero a core element at both micro and macro levels. In practical terms, this means requiring all regulated financial institutions to submit net-zero transition plans. Disclosure frameworks such as that of the Task Force on Climate-related Financial Disclosures will need be extended to include net-zero. Access to central bank monetary operations could also be made contingent on companies committing to a credible net-zero transition plan. This would give net-zero monetary policy operations a clear forward-looking approach and would reinforce the investment and engagement activities that institutional investors are taking.

Net-zero should not be the only environmental focus for financial authorities – resilience to climate shocks as well as responding to the loss of biodiversity are also critical. But it is a key area where scaled-up action is needed this year. The core responsibility for delivering net-zero rests with governments. Yet action by central banks and supervisors is required to complement these policy reforms so that the financial system allocates the capital needed for net-zero at speed and as smoothly as possible.

As the world gears up for the COP26 climate summit in November this year, the time for a coordinated international response from financial authorities to the net-zero transition has arrived.

Nick Robins is Professor in Practice, Sustainable Finance, and Simon Dikau is a Research Officer at the Grantham Research Institute on Climate Change and the Environment. Ulrich Volz is Director of the Centre for Sustainable Finance and Reader in Economics at SOAS, University of London.