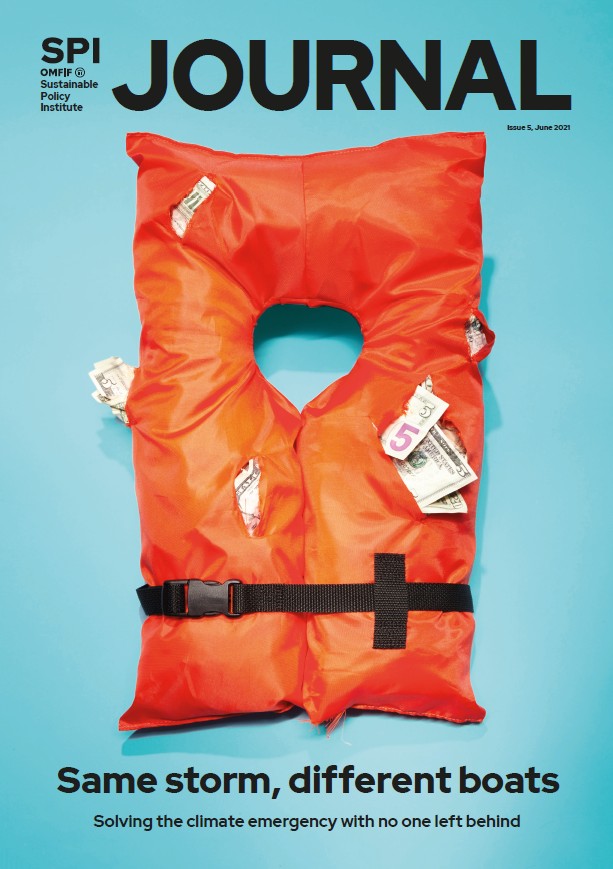 In recent years, more than 100 countries have pledged to achieve net-zero emissions by 2050 or earlier. But while the destination is common to all, countries differ widely in their abilities and resources in terms of how – and how quickly – they can reach it. This is because while, as a planet, we are all in the same climate storm, we are not all in the same boat.

A perhaps simplified but useful distinction is the difference between developed and developing economies. This applies in at least two ways. First, owing to a mix of economic and geographic factors, the physical risks from the climate crisis are highest in the global south. From India to Southeast Asia and Latin America to Africa, developing countries are being hit the hardest from natural disasters.

Second, while developed economies have undergone decades of industrialisation and economic growth without the constraint of ‘internalising’ environmental considerations, developing countries are now denied the same opportunities. This is the right thing to do – the climate crisis is an existential threat, and just because policies were misguided in the past it does not mean others should follow them too for the sake of equality.

But that does not mean that concerns over fairness and justice should be ignored. There are other ways to level the playing field. This edition of the SPI journal assembles recommendations for how to deliver a just transition. They include proposals for developing transition finance solutions, prioritising re-skilling, access to finance and transfer payments systems, and highlight the role of central banks in managing the risks of inequalities and ‘stranded jobs’.

These risks are not only present in developing countries. Inequalities have also been widening within advanced economies. Parallels can be drawn with globalisation: despite substantial net benefits to the global economy, their unequal distribution gave rise to backlash movements. We cannot afford the same with climate change. Unlike globalisation, the counterfactual of policy reversal in this case will have existential consequences. To avoid it, it is imperative that we design a climate transition that is not only green, but also just.