Walking the tightrope to net zero 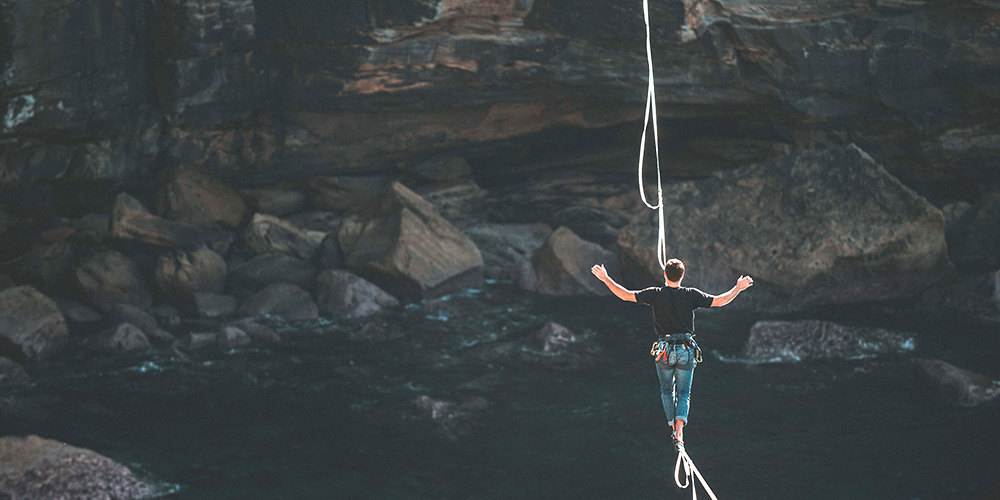 This is the first of two commentaries based on a forthcoming paper by Dimitri Demekas and Pierpaolo Grippa on financial policy and regulation and the transition to a low-carbon economy.

In adapting their policies to the challenges of climate change and the transition to a low-carbon economy, central banks and financial regulators need to weigh potential pitfalls carefully.

These fall broadly into two groups: unintended consequences policies may have on markets and the financial system; and failure to achieve policy objectives owing to poor design or lack of coordination with other policy-makers. In both cases, there could be repercussions for the credibility and reputation of central bankers and regulators. It could also impact their ability to achieve not just their climate-related but all of their policy goals.

One potential consequence of regulators favouring ‘green’ or penalising ‘brown’ assets and activities is that they could inadvertently exacerbate financial market volatility. Although market volatility is not a concern per se for financial policy and regulation, it can trigger financial instability and have broader repercussions.

There is already some evidence of a green bubble, particularly in energy. The MSCI Global Alternative Energy Index has more than doubled and now has a market cap of around 14% of the global energy sector, up from 6.4% in 2010. Alternative energy equity exchange-traded funds have shown a similar growth.

This phenomenon could reflect normal market dynamics at this stage. As awareness of climate-related risks grows, and these risks are slowly priced in due to data gaps, cognitive lags or other reasons, stocks of green companies should initially have a return advantage over brown stocks. As environmental, social and governance investing becomes more widely adopted and these risks are gradually priced in, brown stocks would decline relative to green until they have a higher expected return that compensates for their higher environmental risk. Some evidence suggests that the market is currently in this initial period.

Nonetheless, a green bubble could amplify a new commodity super-cycle. The technology required for the transition to a low-carbon economy depends on the supply of minerals used in energy storage such as graphite, lithium, nickel and cobalt, palladium for hydrogen fuel cells and molybdenum for wind turbines.

Because clean energy technologies are much more material-intensive than fossil fuel-based electricity generation, the World Bank has estimated that demand for minerals will quadruple by 2050 if we are to meet the goals of the Paris agreement. And these estimates do not include the demand from additional infrastructure needed to support the deployment of these technologies, such as new transmission lines or electric vehicles. Prices of minerals have already started reflecting these trends, which some see as the start of a new commodity super-cycle.

In addition, since many of the green companies in sectors such as renewables or energy storage tend to be more capital- and technology-intensive, their stock prices are potentially more volatile. For a gas-fired power plant, for example, a large part of the operating cost over its lifetime is the cost of fuel, while for a solar or wind power plant almost all costs are fixed and borne upfront. Such long-duration stocks, whose valuations are based on high expected earnings in the future, are more sensitive than other stocks to changes in the cost of finance.

In such a complex and highly volatile environment, central banks and financial regulators have to tread a fine line. While they should not necessarily aim to dampen market volatility or prevent overstretched valuations in the green sector (which are arguably natural at this stage), measures that unintentionally amplify volatility can be destabilising. Excessive volatility of green asset prices could also temporarily dampen investment flows into the sector and delay urgently needed progress towards decarbonisation.

Financial policy and regulation cannot deliver the transition to a low-carbon economy by itself. Broader policy efforts and investments are needed for real economies to meet climate and environmental objectives. Most of these, however, are in the hands of governments.

If central banks and regulators move ahead on their own but governments fail to follow, these efforts will prove fruitless and could have negative repercussions. Financial firms could end up incurring losses if they move – in anticipation of or prompted by regulators – towards ‘green finance’ but governments fail to follow through with changes in carbon pricing. This could prevent the change in relative prices needed to sustain the transition.

Asset managers and pension funds could be seen as compromising their fiduciary responsibilities as currently defined – a risk that is acknowledged even by advocates of a more active role for financial policy and regulation. And the inevitable backlash would be directed towards central banks and financial regulators.