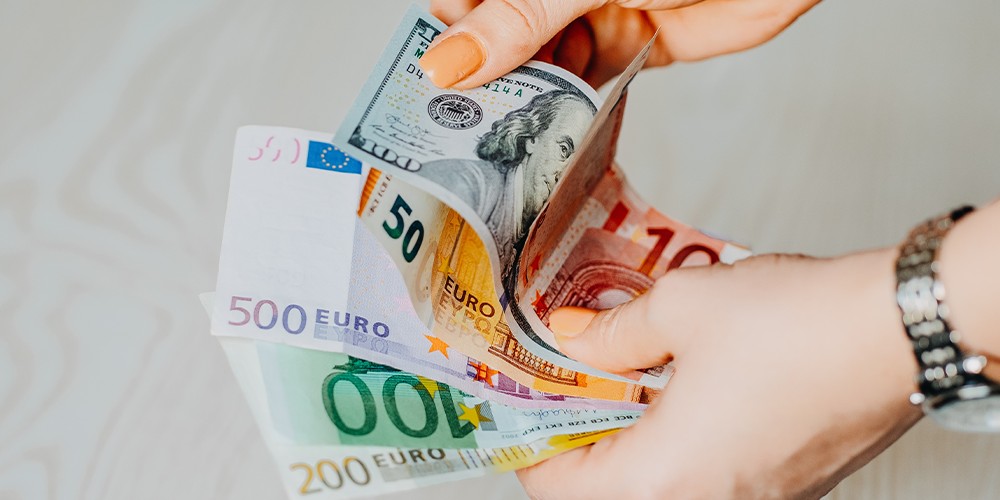 The dollar’s longstanding position as the dominant currency for capital markets, foreign exchange reserves and commodities pricing is being challenged once again. At the beginning of the century, some institutions tried to take on the dollar by promoting the newly introduced euro. The euro began its life as a reserve currency in 1999 claiming about 18% of global reserves. It peaked during the 2008 financial crisis when it represented almost 28% of reserves but fell back subsequently to around 20%. It gained its 10 percentage points boost from the dollar, only to surrender it to other currencies, including the Australian and Canadian dollars and the renminbi. 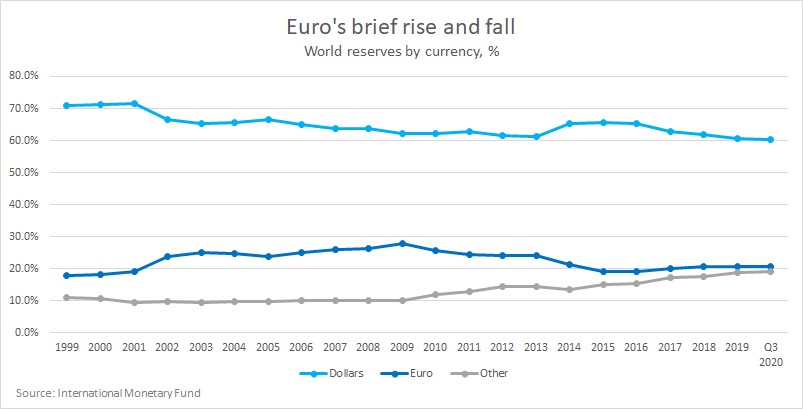 The volume and liquidity of fixed income markets, especially for sovereign debt, are crucial factors determining a currency’s international importance as a reserve asset and in financial transactions. The euro is lagging in this regard. But now the European Union is launching two initiatives to cushion the effects of the Covid-19 pandemic and promote the transition to a climate-neutral economy. The ‘Support to mitigate unemployment risks in an emergency’ and ‘Next generation EU’ programmes have a combined volume of around €850bn. Adding the EU’s macrofinancial and balance of payments assistance programmes, that amount is close to €1tn. Together with big sovereign issuers, such as France, Italy, Germany, and supranationals, including the European Investment Bank and the European Stability Mechanism, the euro-denominated sovereigns, supranationals and agencies debt asset class is becoming, for the first time, a serious challenger to US Treasuries and a true alternative for institutional investors. 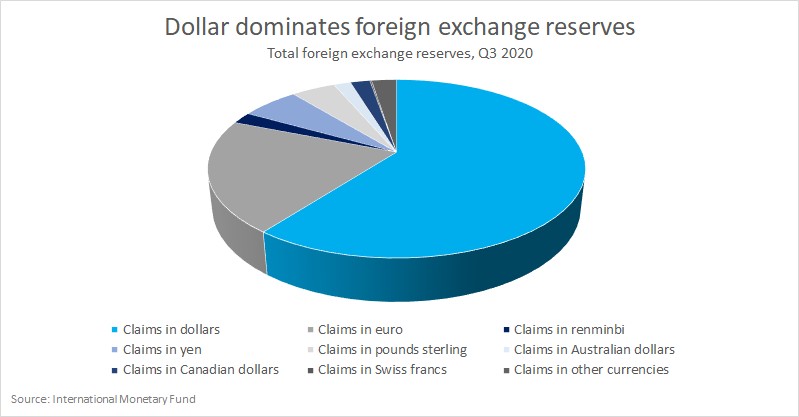 As my OMFIF colleague Philip Middleton has pointed out, ‘The combination of massive fiscal deficits, inflation and low Treasury yields may also diminish the currency’s attractiveness as an investment class.’ A further reason why the dollar may lose ground is that US adversaries and allies alike are averse to successive US governments’ using the currency as a weapon to attain political and economic goals.

The greenback is, however, a long way from being dethroned. While a sufficient volume of euro-denominated sovereign bonds is available, the short end of the maturity curve is not adequately covered. There are not enough short-term sovereign euro instruments with maturities of a year or less, analogous to US Treasury bills, which the EU should introduce.

Another issue is the timing of the Intercontinental Exchange euro swap rate fixings. Currently these are published at 11.15 central European time, too late for many Asian investors to trade on. Earlier publication would support real economy euro trading and billing, as well as the liquidity of euro-denominated SSA and related debt markets.

Euro area governments will support the push to increase the euro’s share in world reserves and turn it into more of a commodity currency, with oil and oil futures quoted in euro. The EU’s two big programmes are important in building the necessary foundations, but more is required.

Euro area countries, as well as nations like Switzerland and the UK which are closely linked to the euro area, are likely to benefit if the euro expands as a reserve and commodity currency. But another challenger to the dollar is emerging – from China. Provided it becomes fully convertible, and international laws are fully applicable in China, the renminbi will go down a similar path. In future we may see a triumvirate of the dollar, euro and renminbi – bringing the three major global time zones, and the world economy, into better balance.