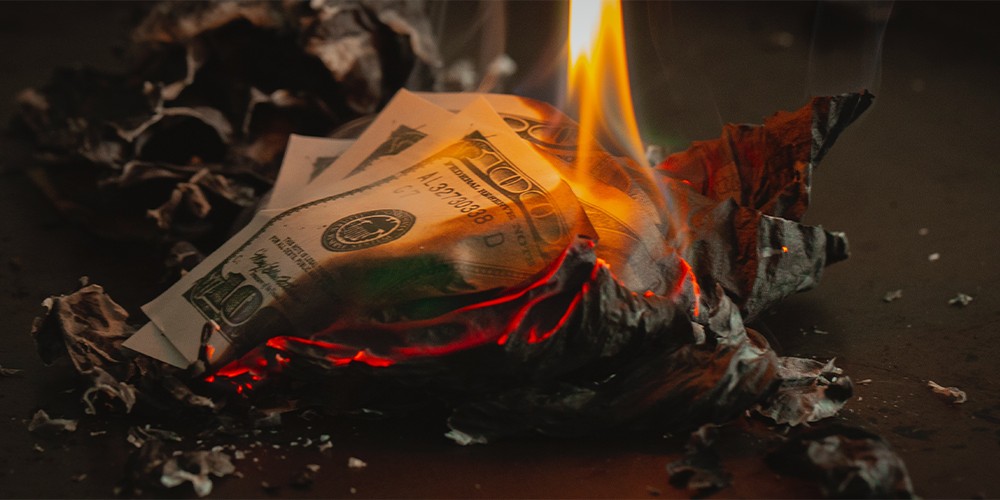 With the rise of quantitative easing after the 2008 financial crisis, intensified by the Covid-19 pandemic, central banks are exerting ever-greater control over financial markets. This is part of an era of debt-fuelled state capitalism that is looking increasingly vulnerable. The system needs a reset. Joe Biden has an opportunity to strengthen the international monetary framework after he takes over the US presidency on 20 January – an immense challenge that will be nowhere near the top of his priorities.

One thing is clear. Anything the Biden administration undertakes in this field will fail unless the US involves China in a meaningful and constructive way. There is a strong probability it will all end in failure. Whatever happens, more investment funds will flow into safe havens, including gold.

We have been here before. Marco Polo, the legendary 13th century traveller, described how Mongol Emperor Kublai Khan had made himself the richest man on earth by creating ‘paper’ money as valuable as gold and silver. The system eventually broke down. Empires and republics rise and fall with the stability of fiat money.

The instrument of destruction is nearly always governmental misuse of the printing press. Over the past 100 years dozens of currencies, from the Weimar Republic mark in 1923 to the Zimbabwean dollar in 2008, were printed into oblivion. In his 2019 speech at the annual US Jackson Hole symposium Mark Carney, then governor of the Bank of England, underlined the vulnerability of the international monetary financial system. ‘Even a passing acquaintance with monetary history suggests that this centre won’t hold.’

Since 2008, the amount of securities held by major central banks as part of asset purchase programmes has grown to $19.5tn from $1.6tn. In many bond markets, central banks are the main buyers. Central banks have become large equity investors as well. The Bank of Japan owns over $400bn of Japanese equities, reflecting large purchases of exchange-traded funds as well as valuation increases. The Swiss National Bank – the central bank of a country now branded a currency manipulator by the US Treasury – owns nearly $200bn in stocks.

Since 1970, US nominal gross domestic product has risen 21-fold, while the national debt is up 70-fold. Worries about the stability of fiat money have been propelling investment flows into precious metals, real estate, art and classic cars as well as new speculative forms of digital money including bitcoin, now fluctuating around highs above $35,000.

These are all warning signals that the system could eventually spiral out of control. Worries about rising inflation, geopolitical conflict and social breakdown in advanced and emerging market economies cannot be dismissed as mere scaremongering. The world could seek to escape through a wholesale refashioning of the monetary system. Current Sino-American antagonism is hardly propitious for this. But, if the climate improved, what would be the main features of such a reset?

As long ago as 2008, Mervyn King, Carney’s predecessor at the Bank of England, said advanced economies would need debt restructuring and a recapitalisation of the financial system. Chinese authorities have been calling, for more than a decade, for a new multi-reserve currency system, defined as a ‘new global financial system […] not dependent on the US’.

In his Jackson Hole speech, Carney said central banks might need to create their own digital reserve currency to replace the dollar. The declining use of cash may require central banks to take a more active role in its replacement. Agustín Carstens, general manager of the Bank for International Settlements, asked in November 2019 ‘whether money itself needs to be reinvented for a changing environment’.

The planned tests of central bank digital currencies in China, the European Union and US shows central bankers are fast-tracking these developments, with China in the lead. The US Banking for All act, introduced in the US Senate in March 2020, calls for a digital dollar, accessible by citizens, which would require ‘Federal Reserve member banks to provide digital pass-through accounts, including access to Covid-19 aid payments’.

The US may well fear losing the privilege of owning the world’s supreme reserve currency and allocating a larger role to China. Yet without some form of closer co-operation, both the US and China – to say nothing of the rest of the world – will have much to lose.

What will happen next? Here are three scenarios, based on different degrees of tension between the US and China:

Low tension: The coronavirus crisis prompts both countries to increase co-operation. The US and China, possibly accompanied by the EU, will introduce CBDCs. As part of a monetary reset, Washington and Beijing agree on a larger role for the International Monetary Fund’s special drawing right, or a new ‘synthetic hegemonic currency,’ of the sort suggested by Carney in 2019. This would make China more willing to support the dollar, while strengthening the internationalisation of the renminbi, fulfilling one of China’s long-term goals.

Medium tension: While the US has the benefit of supplying the main world reserve currency, China’s economy fares much better, thanks to its earlier mastery of the pandemic. The economic fallout will not be severe enough to promote a substantial increase in worldwide co-operation. We will live through another four years of muddling through. Central bank balance sheets will become ever more stretched. The IMF will need to provide balance sheet support and debt restructuring aid to dozens of countries at risk of bankruptcy.

High tension The US becomes alarmed by China’s growing economic and military power. Flare-ups over Taiwan are possible, with an attack on the island seen as increasingly likely. The world economy suffers severe damage, stymying recovery from the coronavirus crisis. The US steps up sanctions against China over human rights and geopolitical issues. With international economic and monetary co-operation seriously hampered, China declares its digital renminbi a rival to the dollar, withdraws from G20 meetings and tries to enhance co-operation in Asia on building a renminbi zone.

In all three scenarios, pressure on the international system will rise along with worries about higher inflation and currency debasement. Five years ago, OMFIF designated 2016 as the ‘year of the multicurrency system’ – a term that can be traced back to an article in the Financial Times in November 1979. In 2021 OMFIF will be placing still greater weight on the political fallout of currency competition. We face a bumpy ride.

Willem Middelkoop is Member of the OMFIF advisory board and Founder of the Dutch-based Commodity Discovery Fund and author of The Big Reset (2014). David Marsh is Chairman of OMFIF.