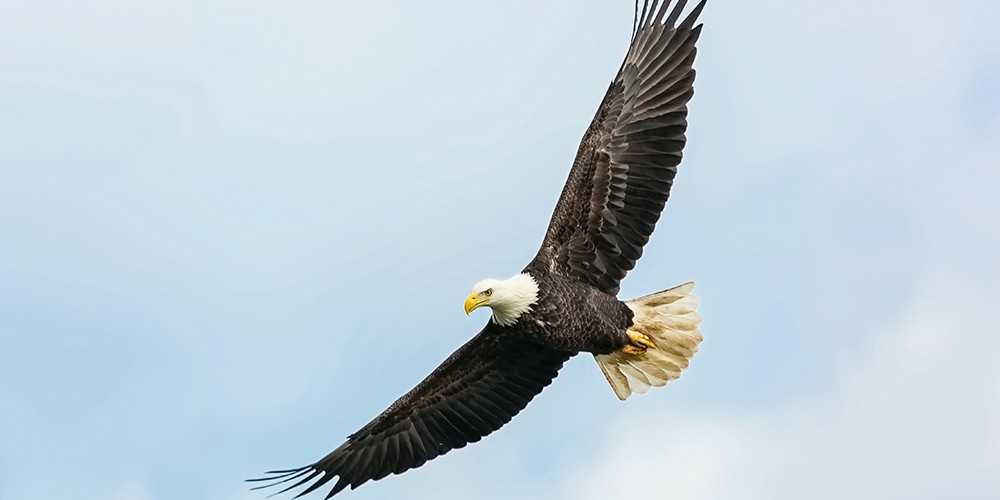 The Roman republic exerted great influence on the fathers of the American revolution. Observe the legacy: the architecture in Washington, the legislative model of the senate, the Roman statues of political leaders. On the eve of the 3 November presidential election, the burning question is whether the once all-commanding republic is turning into a decadent empire. ‘America first’ has collided with ‘Decline and fall’.

America has undergone a transition from sole superpower in the 1990s to a divided, frightened nation 30 years later. Donald Trump set the scene in his downbeat-dystopian January 2017 inaugural address. He spoke of a broken America suffering from an opioid crisis, shut-down factories and seepage of popular power to east coast elites. The pandemic has exposed American weaknesses in public health, income inequalities, racial discrimination and injustice. Trump inherited much of this – and has done little to restore balance.

The US is afraid of Chinese superiority in 5G technology. Its policies on China trade seem driven by fear it can never outcompete Beijing. America may not be able to hold its own in a cyberwar. Manufacturing is under pressure. The largest corporations are not in goods or machinery but in data. The country resorts to tariffs and sanctions to reduce its trade deficit. This is developing world-type behaviour that even 10 years ago the supposed champion of free market capitalism would not have tolerated in other countries, much less practised itself.

America is a federation. Individual states, as large as members of the European Union, have followed their own disparate policies over the pandemic. Trump has been following his own anti-science agenda, a hallmark of right-wing policies across the world. America’s weakness in medical infrastructure is long-standing. Partisan differences have determined separate policies of cautious normalisation (Democrats) as against speedy opening of the economy (Republicans). Each state did what suited its milieu. Just look at New York – city and state. Even with the same (Democratic) party in power, the two acted differently – a metaphor for American divisions.

Against this polarised background, the two presidential debates will not have changed much in voters’ thinking. Trump the truculent versus Biden the benevolent. The result could still go either way, whatever the polls say. Trump’s chances are greater than most people think.

If Trump wins, he would dismantle the North Atlantic Treaty Organisation. He would continue his tariff wars with China and extend them to the EU. The US would become an isolationist and protectionist economy. One question is whether there will be a war with China in the eastern Pacific. If so: Can America win a war in Asia having lost in Korea and Vietnam? Defeat against China would exacerbate the crisis in American society. The US weathered defeat in Vietnam in 1975 as the principal enemy was the Soviet Union. President Richard Nixon could exploit Sino-Soviet differences by opening up relations with Beijing, hiding the fact that China had won in Asia. This time would be different.

A war between China and US would draw in India, Japan and Australia at the side of the US. The land war will be on the India-China border in the Himalayas. The US-China confrontation would be naval. If China were to defeat US in the Pacific (say by regaining Taiwan), the blow to America’s foreign prestige and internal stability would be unfathomable.

If Biden wins, his ability to stem the course of American decline will be limited. Even if the Democrats control both houses of congress, Biden will be lucky to pass his tax reform. Apart from completing the Affordable Healthcare Act and making its coverage universal as well as effective, Biden doesn’t seem to be offering much else. The Democrats have gone out of their way to reassure the voters that Biden is not radical. If he has a pliable Congress, he may be emboldened to pick up some of the bolder redistributionist policies Senators Bernie Sanders and Elizabeth Warren advocated during the primaries. Little in Biden’s past suggests such a step, but perhaps he could surprise us.

While the Democrats claim to be as determined to contain China as the Republicans, Biden would be unlikely to provoke all-out war with China. Domestic violence cannot be ruled out. Unless Biden wins by a convincing margin, gaining the required electoral college votes, white nationalist groups may take to the streets to defend the Trump incumbency. America could witness internal unrest not seen since the post-civil war era 150 years ago. Optimists and pessimists alike may have good reason to hope for a Biden landslide.

Meghnad Desai is Emeritus Professor of Economics at the London School of Economics and Political Science and Chair of the OMFIF Advisory Council. This is the first of two articles by Desai on the US election. The second can be read here.