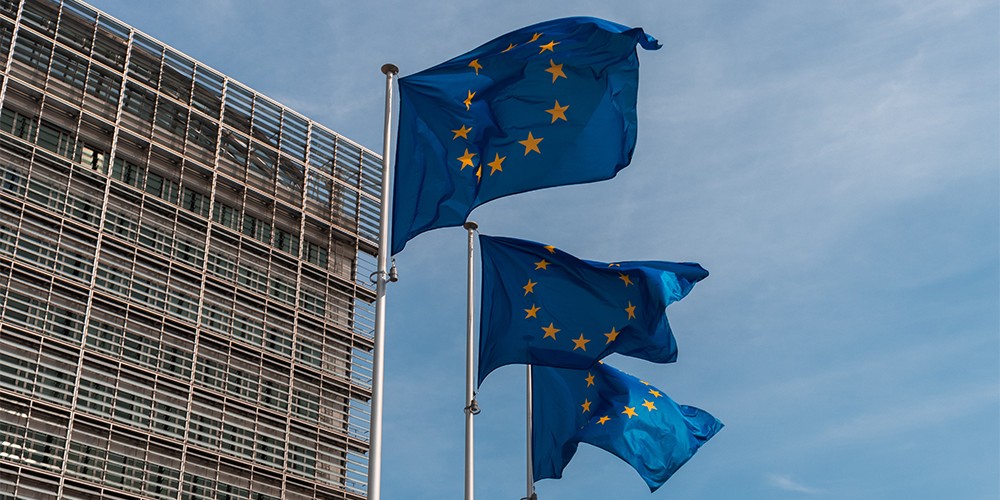 The creation of an agency which in many ways looks like a European version of the US Treasury raises some intriguing questions. And Gert-Jan Koopman, the European Commission’s director-general for the European Union budget, was ready to answer them at a one-day discussion on sustainable finance co-hosted by OMFIF and DZ Bank.

The €750bn Next Generation EU programme is designed to help repair the immediate damage caused by coronavirus, financing itself exclusively through capital markets. It expects to launch its maiden bond in June, after which it will remain a regular issuer until 2026.

It could transform bond markets in Europe, given the fund’s long-term environmental, political and macroeconomic targets. Koopman acknowledged that as well as acting as an essential funding instrument, the programme, if successful, would help to ‘build and strengthen the environmental, social and governance capital market.’

Additionally, said Koopman, it will ‘bolster the international role of the euro and demonstrate the cohesiveness and robustness of the euro area.’

These are no small goals and Koopman fleshed out how the new borrower would achieve them. ‘Given the volumes, frequency and complexity of the fund’s borrowing, the Commission is putting forward a debt management policy on a par with that of some of the most advanced EU sovereign borrowers.’

Koopman explained that this will mean issuing across the entire yield curve, from short-dated bills to bonds with maturities of up to 30 years. This will call for funding via auctions as well as syndications.

There are inevitably political sensitivities associated with labelling the EU’s recovery fund a debt management office, albeit a temporary one. But any programme of this scale will require a high-level of support.

Given a total issuance requirement of about €800bn, this suggests that Next Generation EU will be borrowing as much as €160bn in each of the next five years. Of this total, 30% will be green bonds. ‘It is only natural that our funding mix reflects the green and social model which is in the DNA of the EU’s policy-making,’ said Koopman.

To put Next Generation EU’s funding ambitions into perspective, the size of its annual borrowing requirement is almost identical to the combined issuance in 2020 of the four public sector borrowers represented at last week’s panel on implementing the green deal. These were the European Investment Bank (which issued €70bn last year), Germany’s KfW (€66.4bn), BNG (€15bn) and the Council of Europe Development Bank (€4.5bn).

This means that at a stroke, Next Generation EU will become Europe’s largest non-sovereign public sector issuer. With a planned total issuance of €240bn in green bonds over the next five years, meanwhile, it will by some distance become the standard-bearer for sustainable funding in Europe. Last year, the EU’s two largest sovereign, supranational and agency borrowers, EIB and KfW, raised a little over €15bn between them in green, climate and sustainability bonds. Next Generation EU will raise over three times that amount in each year of its life.

Just as well, then, that the EU has already successfully completed what Koopman described as a successful ‘test run’ for this ambitious funding exercise. The Support to Mitigate Unemployment Risks in an Emergency programme can provide lending of up to €100bn to member states vulnerable to the economic impact of widespread job losses.

Since October, SURE has generated its funding through four social bond issues raising €53.5bn. These have transformed the EU’s capital market profile. ‘The first SURE issue in October was the largest social bond ever issued and marked the transition of the EU from being a small player in the capital market to a serious SSA issuer,’ said Koopman.

True enough. But SURE, underpinned by a social bond framework, is an amuse-bouche in comparison to Next Generation EU, which will adopt a core EU sovereign-style funding strategy.
On the staffing side, it will involve enlisting the help of a number of experts seconded from SSA borrowers in the EU to help build up what Koopman called its ‘five star team’. Among the most prominent of these is Siegfried Ruhl, head of funding and investor relations at the European Stability Mechanism. Last October, the Commission seconded Ruhl as a counsellor to Koopman.

Participants in last week’s panel agreed that the sheer size of the funding programme and its presence across the yield curve will have notable implications for the single currency. ‘The bill programme will hopefully make the euro more attractive as a reserve currency,’ said Ruhl.

Speakers said that they were relaxed about some of the risks potentially created by the Next Generation EU programme. These include the possibility of an extra €750bn-€800bn added to the EU’s relatively serene SSA market disrupting other borrowers’ funding plans. ‘We saw from the SURE programme that the liquidity created by increased activity from the EU makes the market more attractive for investors,’ said Ruhl. This, he added, suggests there is truth in the mantra of supply creating its own demand.

Besides, SSA issuers insisted that theirs is a market in which issuers have a long track record of informal but effective coordination. ‘This is a highly transparent market and if necessary we can give each other a call to ensure that our issuance doesn’t interfere with other borrowers,’ said Willem Littel, senior manager of capital markets and investor relations at BNG.

SSA borrowers added that they are confident there will be no shortage of assets to match the issuance of green bonds in the pipeline from Next Generation EU and other public sector issuers. Nor do they foresee any danger of cannibalisation by Next Generation EU of assets earmarked for funding by EU government via the sustainable capital market. Ruhl explained that 37% of funding available to members under the programme must be allocated to tackling climate change. As this will all be accounted for by new expenditure, there is no question of the Next Generation EU initiative interfering with member states’ existing investment plans.