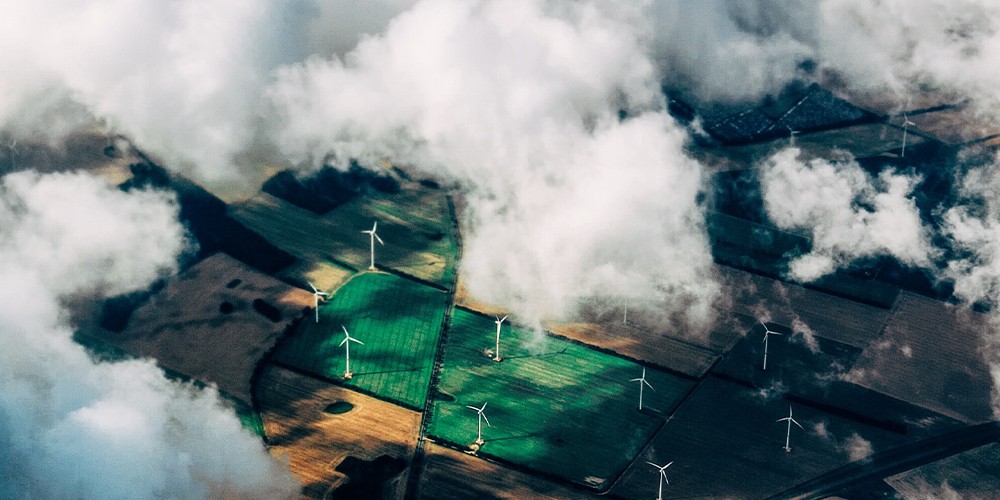 Bitcoin’s sharp rise and the continued demand for green investment products form two of the major investment stories shaping early 2021. They are odd bedfellows. Bitcoin is the largest cryptocurrency and has the poorest green credentials. It requires a vast amount of energy to mine the coin. Even more is needed to maintain the blockchain on which it exists. A report from Cambridge University revealed the startling news that bitcoin now consumes as much energy in a year as Argentina.

The rally in the price of bitcoin (it passed $57,000 on 21 February and is approaching that again after a brief correction) has prompted a flurry of speculation over what the upside potential might be. One forecast suggested that the price could hit $300,000 before the end of 2021, helped by the knowledge that supply is capped at 21m coins, with over 18m already having been mined.

But its energy consumption problem will only get worse as bitcoin creeps towards its cap. The mathematical formula behind bitcoin ensures it gradually becomes more difficult and intensive to mine.

As well-known institutional investors add bitcoin to their portfolios, the bulls hope that this rally may have more durability. Tesla fits the bill as a new kind of institutional investor and it is the furore surrounding their recent bitcoin purchase that has helped to highlight its poor green credentials. However, it also prompted the beginning of a public relations fightback from bitcoin fans.

They base their riposte on three arguments. First, conventional fiat currency also has an environmental cost. Second, renewable energy is a key electricity provider in regions where bitcoin mining is common. Third, the energy footprint of bitcoin is smaller than that of gold.

The argument that fiat money has an overlooked environmental cost begins with the observation that bank branches (important for distributing fiat money) have large lighting and heating needs. Notes and coins also have minting and distribution costs. It has even been suggested that the new polymer bank notes can’t easily be recycled and therefore score poorly compared to digital money.

As bank branches close and cash use shrinks, though, the footprint of old-fashioned currency improves. The current fiat system already operates with digital money created by commercial banks. This type of digital money has a much lower energy cost than bitcoin, not needing to be mined or maintained on distributed ledger technology. Finally, bank branches offer services other than storing and distributing cash, making the comparison imperfect.

Bitcoin’s renewable energy claims also don’t stand up. Most bitcoin mining takes place in China, where coal is a key source of electricity, though many miners work in areas where hydroelectric power is a major contributor to the grid. Hydroelectric power, however, has mixed green credentials, courtesy of the cement required in construction. There is also biodiversity loss associated with building dams.

Both gold and bitcoin mining are energy intensive. But bitcoin fans argue that its energy footprint is less than half that of gold’s. Gold, however, is not just used as a store of value. The majority of gold mined each year is used in industry and jewellery, not made into bullion, making this argument less applicable.

A more apt comparison would be with central bank digital currencies. In contrast to bitcoin, though, CBDCs are unlikely to require DLT. Instead, they will probably operate on existing payment infrastructure, as can be seen with China’s recent test.

However, even if a CBDC used DLT, it would still not need to be mined. Bitcoin miners need to demonstrate proof of work to earn their newly minted coin. CBDC can be created at the click of a mouse.

Another benefit of CBDC is that it will be centralised rather than decentralised. This allows for simpler consensus algorithms to confirm wallet contents. Bitcoin is specifically designed to operate without the need to place trust in a central authority. A decentralised ledger (where everybody can see everything) is massive and takes up a lot of computing power.

Despite the efforts of aficionados, bitcoin will continue to lack green credentials. The green investment revolution is real, gathering momentum and becoming central to the strategy of many investors.

Green investment funds, and the major benchmark providers, are unlikely to be impressed with cryptocurrencies that utilise blockchain or other similar technology. Despite a spirited fightback, bitcoin still cannot shake its poor reputation. There is little chance of that changing.