ECB should steer clear of the ghost of Jean-Claude Trichet 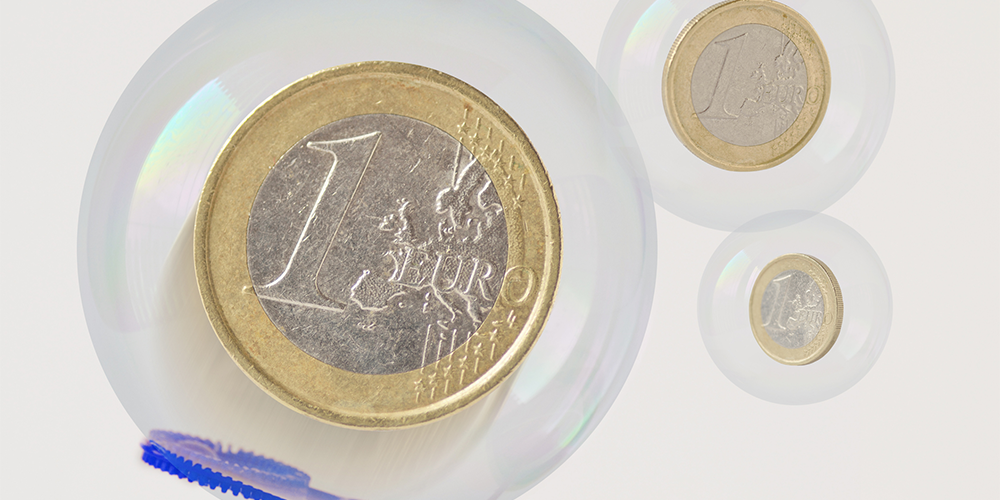 In 2008 and 2011, President Jean-Claude Trichet famously led the European Central Bank in lifting rates. He did so in July 2008 amid surging energy prices driving inflation higher, not knowing a month later that stresses in French money market funds – let alone the Lehman Bros’ subsequent fall – heralded a crisis and collapse in the global economic and financial system. In mid-2011, notwithstanding the deepening euro area crisis, he did so again amid higher energy prices, fretting in part about possible wage price effects.

In hindsight, the timing was inopportune if not mistaken. Will the ECB repeat the past?

The ECB has a single price stability mandate, unlike the Federal Reserve’s dual mandate. Plus, European Teutonic Hansa hawks have fierce talons, now very much in evidence in seizing the European narrative.

Euro area headline inflation is surging and in May reached above an eye-popping 8% (year-over-year). Core inflation measures are more restrained, but came in higher than expected at 3.8%, well above the ECB’s 2% medium-term target. The surge in inflation is being driven principally by energy prices, up a whopping 39% in May, along with food and some firming in of services prices as a society sick of the pandemic reopens.

Yet economic storm clouds are gathering. Many forecasters have projected annual 2022 average euro area growth around 2.5%. But the annual average growth estimates, due to statistical carryover effects, mask a sharp slowdown in activity over the course of the year far more evident in fourth-over-fourth quarter projections favoured by American forecasters. These estimates veer closer towards 1%. Others, such as Robin Brooks at the Institute of International Finance, are far more pessimistic.

Fiscal policy may play a supportive role in Europe this year, but there will be no white knight in shining armour.

Though employment data appear firm, the risks to the outlook are clearly to the downside. Russia’s barbaric invasion of Ukraine continues to underpin energy prices. While China is beginning to overcome recent lockdowns, the associated supply disruptions will slow global growth. And the US economy should cool as the Fed tightens, notwithstanding firm consumption as Americans draw down excess savings.

The ECB now emphasises the concept of ‘normalisation’, instead of tightening. At one level, this semantic pirouette could be seen as quite reasonable. After all, negative interest rates are a befuddling and unintuitive concept. For its part, the Fed never adopted negative rates, instead deploying quantitative easing as the zero lower bound was approached.

But at another level, normalisation might be seen as opaque. Given hawkish rhetoric, the market isn’t pricing in simply a return to a zero-deposit rate, but several steps beyond this year. On top of that, the ECB is ending QE, even if there will be heavy reinvestments, and it retains the flexibility to change course if needed and use other instruments to provide liquidity support.

The euro area entered these uncertainties with an output gap. Unlike the US, the argument cannot be made that inflation embodies a significant demand-pull element. Rather, it’s clearly cost-push.

While the ECB wouldn’t want to see such cost-push pressures become entrenched in wage dynamics, there is little evidence so far of that being the case. Nor is it clear that ECB action can do much about supply-side factors contributing to higher inflation, let alone energy prices which can be especially fickle right now depending on the Russia/Ukraine war, Russian reactions to western actions and decisions in Riyadh.

A more recent argument is that rate differentials between the US and Europe are underpinning dollar strength and euro depreciation, the latter adding to European inflation woes. This may be the case, but the euro area is a largely closed economy and it is the surge in energy prices itself that is the chief woe.

European inflation prints are startling – both headline and core – especially after many years of persistent undershooting. Clearly, a reduction in monetary accommodation is warranted. But again, as in 2008 and 2011, higher energy prices bedevil Europe amid a clouded growth outlook.

How to balance higher inflation prints and the strong downside risks to growth, which will exert a deflationary force? How to differentiate between headline and core prices, while trying to look through the data to the medium term amid a series of unanticipated shocks? How to lean against the potential for second-round wage price effects from higher inflation when they are not yet evident?

Nobody can envy the choices facing Frankfurt. It faces far tougher decisions than the Fed, which is grappling to a much greater extent with demand-side forces for which monetary policy is best equipped to handle. While a reduction in monetary accommodation is clearly needed, notwithstanding normalisation, these are not normal times.

In navigating the shoals ahead, the ECB in 2022 will need to be nimble and pragmatic, steering clear of the ghost of Trichet in 2008 and 2011. For the sake of Europe and the global economy, good luck. Or should we say ‘bonne chance’ and ‘viel Glück’?