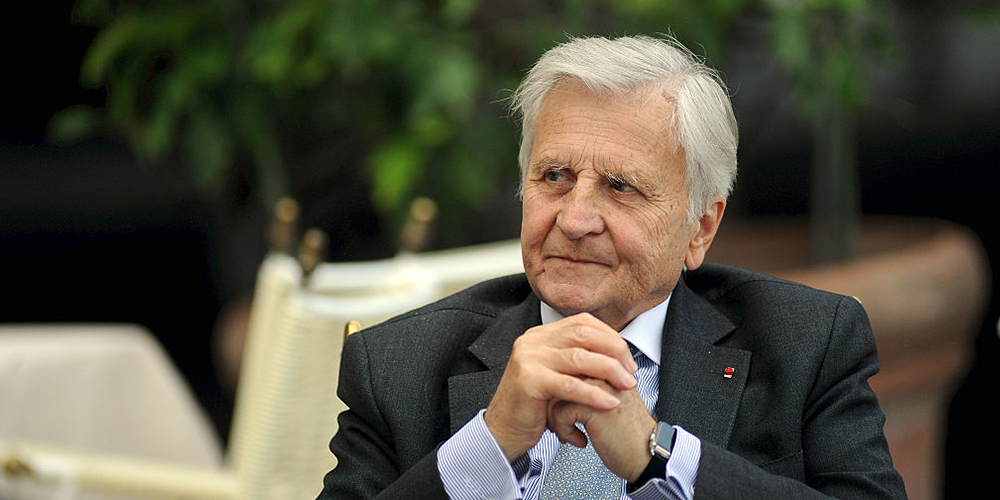 Trichet was speaking at the launch of the eighth annual Global Public Investor, published on 21 July by OMFIF (read his full remarks here). The report includes a benchmark study of the asset allocation plans of reserve managers, sovereign funds and public pension funds with a combined $42.7tn in assets under management.

Among its key findings, the report revealed fundamental changes in GPIs’ planned currency portfolios. Some 18% of respondents said they intend to reduce their euro holdings over the next 12 to 24 months, while 20% said this regarding the dollar.

Trichet recognised the trend, pointing out that 20 years ago the dollar represented 71% of reserve assets while today it accounts for just under 60%. The euro’s presence has risen to 21% from 18% over the same period.

‘There will not be any dramatic change, that would be to the detriment of all partners,’ Trichet said. ‘If the euro’s presence were to increase massively, the euro would appreciate. That is not necessarily opportune given the present state of the European economy. And if the dollar declined precipitously in importance, that would also be very bad for the world and for the US. So smooth, progressive, orderly changes are of the essence. That is more or less what we have observed over the last 20 years.’

The GPI’s asset allocation survey shows that 30% of central bank reserve managers plan to increase their holdings of renminbi over the medium term, and 70% will do so in the longer term. Trichet pointed out that the renminbi’s share in the composition of reserve assets remains low at only 2.5%, compared with 59% for the dollar and 21% for the euro, but that its tipping point as a reserve currency was some way off.

‘The problem remains that the renminbi is not yet fully convertible,’ he said. ‘When the renminbi becomes fully convertible, I expect a big jump ahead. This is the view of Chinese friends, including the former governor of the central bank, Zhou Xiaochuan, who called for complete liberalisation of the renminbi. That time will come. And when it comes, you will see the full realisation [of what the OMFIF survey suggests].’

Trichet said that the recent severe flooding with hundreds of fatalities in Germany and Belgium demonstrated the need for concerted action among the financial community on climate change. The survey shows 92% of central banks already invest in green bonds and the majority plan to add to their holdings. They are also increasing allocations to new sustainable asset classes, including equities and exchange-traded funds.

Asked whether sustainable performance will now become the fourth reason why central banks invest in reserve assets, next to the traditional attributes of safety, liquidity, and return, Trichet said: ‘We have to mobilise all possible resources and energy to cope with climate change. The just-published action plan of the ECB puts climate change at the heart not only of what they are doing in portfolio investments, but also of monetary policy operations, including collateral, purchasing of tradeable securities and so on. That’s something that most central banks of the world will follow, to the extent that they do not hamper their primary mandate to ensure price stability.’

The GPI survey revealed that 26% of central banks plan to expand their corporate bond holdings, and 21% say they are going to increase the equity holdings. Many reserve managers are diversifying their holdings simply to maintain a required level of return, the survey shows. This raises questions around whether public investors are taking on excess risk or creating a conflict of interest when central banks become heavily involved in markets where they are themselves helping to set the valuations. Trichet believes such potential concerns will be short lived.

‘Particularly in advanced economies, central banks have embarked massively in purchasing tradeable securities,’ he said. ‘It has not been to optimise their portfolio investments, it was certainly not for them to take risks, but because it was called for by their own monetary policy considerations. We had a very abnormal situation particularly in the advanced economies since the last great financial crisis. Growth and productivity progress have been much lower, equilibrium real interest rates were going significantly down and low inflation put national interest rates strongly down. And that explains why, to prevent the risk of deflation, central banks embarked resolutely in non-standard actions. But this will not go on forever.’

Trichet clearly believes the medicine is working. ‘I am quite happy that we are more or less out of the danger of deflation. For 10 or 12 years, central banks have been fighting to get this. Of course, the present situation has to be very carefully monitored by the central banks in line with their responsibility for price stability, without deflation and inflation, in the medium and long run. And I am happy that all central banks of the major advanced economies maintain this goal of price stability with the same figure, 2%.’

More than 74% of central banks in the GPI survey said that they thought monetary policy was having an excessive influence on financial markets and pricing, but only 42% felt that it needed to be actively changed. Trichet recognised that central banks still have a difficult balancing act.

‘We had an absolute necessity of active fiscal policy at the time of Covid-19. It was done very well, in my opinion, on both sides of the Atlantic. Had some European countries, at the beginning of the century, followed the budget discipline of the stability and growth pact, we would have avoided the dramatic European sovereign risk crisis. We paid a very high price for that. At present, countries’ fiscal policies must be as active as possible so as not to overburden the central banks. The Covid-19 health situation is the main priority. But I would hope that the gigantic expansion of US fiscal policy does eventually come to an end.’

Watch the conversation between Jean-Claude Trichet and David Marsh here.

Read a transcript of the conversation here.