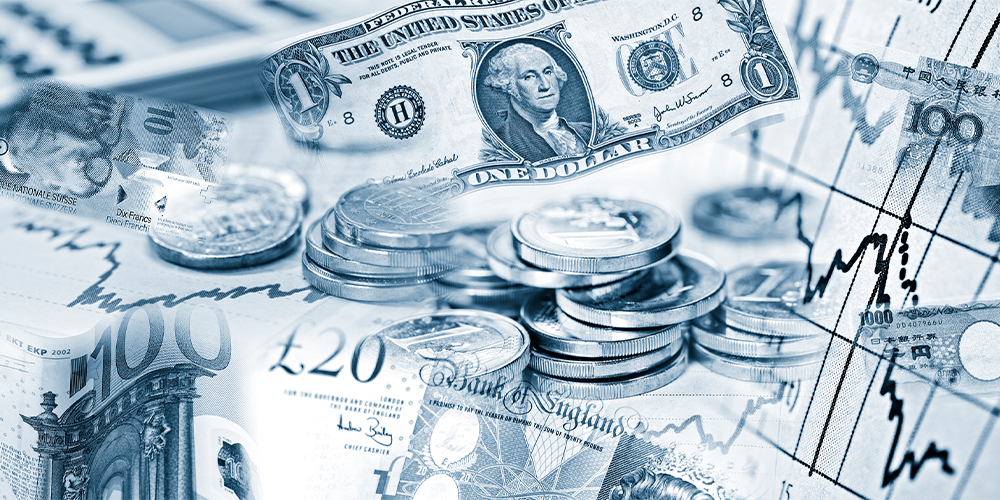 Public investors will have to work harder to preserve capital

Inflation and geopolitics have become the primary concerns of global public investors, supplanting the winding-down of central bank asset purchasing schemes. However, the findings of an OMFIF survey of reserves managers previewed at the public sector debt summit show that many of them appear relaxed about the challenges arising from an inflationary environment not seen for at least three decades.

Speakers at the summit offered several reasons for reserves managers’ collective sangfroid. One of these, which became a recurrent theme at the summit, was that the majority of professionals across the investment management community find themselves in terra incognita. Few have experience of operating in anything other than an environment of abnormal monetary policy. This has maintained ultra-low interest rates long beyond their sell-by date.

There is a more tangible and quantifiable explanation for investors’ apparent equanimity. This is that their performance over at least the last decade may suggest that their asset allocation strategy is sufficiently robust to withstand the turbulence now buffeting the global economy.

The head of strategy at a leading European investment bank noted in a discussion on the implications of rising inflation for the bond market that even reserves managers following a highly conservative asset allocation policy have been able to outperform inflation since the eve of the global financial crisis. Those confining themselves largely to cash and short duration bonds, he said, had typically returned 2%. Managers whose mandates allowed them to diversify across a broader fixed income space had raised those returns to 3%. Adding the kicker of a relatively small allocation to equities had lifted those returns to around 5%.

For sovereign funds and others with stronger risk appetites, real returns reached close to 10%, which this strategist described as ‘pretty staggering’. His summary was that ‘if you were a central bank concerned with capital protection, the last few years have been very easy. Even those with a conservative portfolio have been able to generate triple the rate of inflation.’

But, as speakers at the summit warned, investors’ performance over the last 15 years has predominantly been the product of circumstance rather than strategy. ‘We all know that these returns have been driven by an exceptional period of loose monetary policy, low interest rates and quantitative easing,’ said the strategist.

Even prior to the Russian invasion of Ukraine, it was becoming apparent that reserves managers will no longer be able to count on this benign environment to cushion their returns. One panellist said that he viewed the closing months of 2021 as a transitionary period heralding the onset of prolonged elevated inflation.

This is the legacy of an extended spell of bungled monetary policy. One leading economist at the SDI summit said the period since the global financial crisis had been characterised by a series of ‘cardinal sins’ committed by central banks. The most serious of these has been a reluctance to use interest rates to counter rampant asset prices in financial markets and real estate, twinned with the scale of quantitative easing. ‘This meant that the biggest buyer of long-term and sometimes even short-term debt in many countries was a non-commercial player, namely the central bank,’ he said.

‘It’s difficult to predict where inflation will settle, but I think it is becoming inevitable that we will see a sharp global slowdown with technical recessions,’ he added. ‘There could even be deeper recessions if fiscal and monetary policy responses are inadequate. So, the direction of monetary policy must be tighter and central bankers will need to behave more sensibly than they have done in the last 12 years.’

This may require central banks to sharpen up their act in a number of other areas beyond monetary policy. ‘Unfortunately, central banks aren’t among the best communicators,’ said one speaker, saying that they need to focus on more effective communications to prevent market dislocations and volatility. She was echoed by those attendees who expressed disappointment and surprise at the language used by Andrew Bailey, the governor of the Bank of England, who recently described food prices rises as ‘apocalyptic’.

Another added that in the case of the Bank of England, more diversity is needed within senior management to counter groupthink. He also noted that the independence of the Bank has been exposed as illusory, with the increase in quantitative easing directly matching the increase in government spending in the UK last year. ‘Independent? Who are we kidding?’ he asked.

Looking at the practical implications of today’s global macroeconomic backdrop for reserves managers, none of the delegates at the summit expressed any confidence in the prospects for a soft landing. Nor are they hopeful of a return to the accommodating macroeconomic and policy backdrop that has underwritten their returns for most of this century.

This implies that reserves managers will need to work harder to generate positive real returns. In other words, this may be payback time for investors who have probably had it too easy for too long. One investor on the panel said that reserves managers who had never experienced a tightening cycle or losses on their portfolios may have to behave more like pension funds. More specifically, they will need to manage their currency exposure and duration more actively.

The snag is that time-honoured asset allocation models will be less effective in an era of high rates, elevated inflation and low or no growth. Historically, said one speaker, diversification has provided reasonably robust protection against downturns and heightened volatility. But against the corrosive backdrop of stagflation, diversification alone is unlikely to be enough to capture positive returns. ‘This is definitely the most difficult environment for investors because they are incurring losses on the fixed income side as well as in equities,’ he said.

With correlations turning positive within fixed income portfolios as well as between bonds and equities, achieving the capital preservation reserves managers have enjoyed for decades will become increasingly challenging.