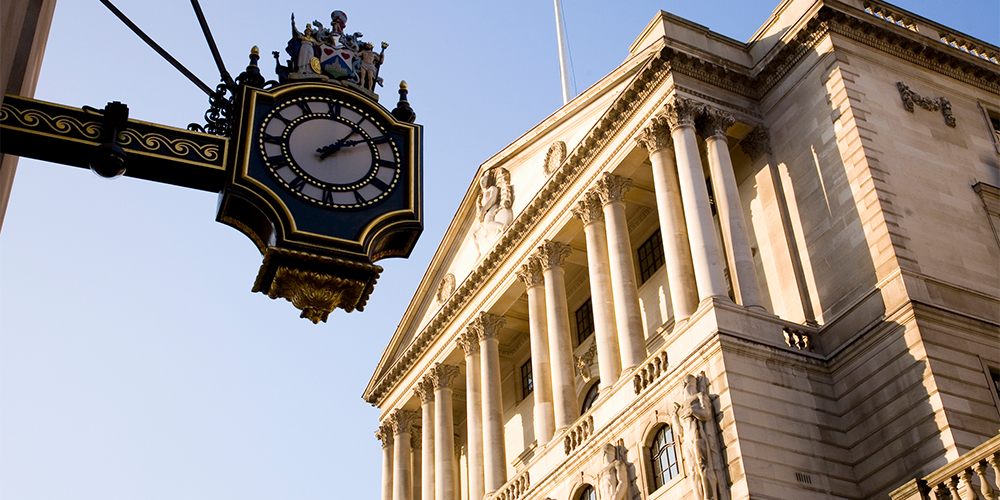 With inflation possibly approaching 10%, the Bank of England faces its toughest test since gaining independence in 1997. There is no post-war precedent for UK inflation on this scale being reduced without the government taking the crucial policy decisions – mainly to raise interest rates substantially – and coping with the political pressures when policy changes turn out to be unpopular.

The extent to which domestic monetary policy has to be tightened will partly depend on external developments, especially in commodity markets. If commodity prices continue to rise it will take longer to reduce UK inflation. A falling inflation rate for UK total import prices would provide a relatively benign international background for the Bank’s counter-inflation strategy. But, as with the surges in inflation following oil price shocks of the 1970s, there will almost certainly be a need for domestic policy tightening to reduce inflation even if and when commodity prices start to fall.

The current problems with high inflation are all the greater because the starting point for monetary tightening is a position of excessive looseness, with quantitative easing having been maintained for too long and with both nominal and real interest rates at very low levels.

Notwithstanding the unsatisfactory starting point, any rise in UK short-term interest rates sufficient to bring UK inflation within its target range could have adverse effects, at least in the short term, on output, employment and asset prices. These effects are unlikely to be evenly distributed among the population and could materially affect the levels and distribution of incomes and wealth.

Responsibility in the UK for such decisions is usually the (unwelcome) role of the elected government. The past record of counter-inflation policy is that monetary policy tightening requires strong political backing. The question is whether and, if so how, this support can be forthcoming within the current framework for BoE independence.

The best way to preserve the Bank’s operational independence over interest rates and the unwinding of QE would be for the government to reiterate regularly its public support for the lower inflation objective and for the steps the Bank wishes to take to achieve them. In its public exchanges with the Bank, the government should wholeheartedly endorse the target for inflation and make clear its objective on the speed of adjustment. Decisions on interest rates would and should be entirely a matter for the Bank, but the conduct of the Bank would be within an explicit public policy framework that is regularly, consistently and overtly endorsed by government.

If the government endorses the objective of low inflation but in practice fails to support the means (interest rate rises) the BoE’s independence will be at risk. No sensible UK Ministry of Finance minister or official would want to take back formal responsibility for the detailed implementation of monetary policy. To avoid having to do so they will have to be upfront in supporting the operational decisions of the Bank.

There are two particular threats to the government and the Bank operating monetary policy in harmony.

First, if raising interest rates leads to economic distress, the recent record shows that the government will come under immense pressure to provide fiscal relief to the worst affected and/or most vocal groups. The Bank’s task of reducing inflation could be hampered depending on the scale and nature of any fiscal relief and the extent to which it offsets the effects of the Bank’s monetary tightening. The current framework for BoE independence does not make the coordination of fiscal and monetary policy easy.

The second difficulty would be if the Bank’s interest rate increases proved insufficient to bring inflation within the target range. Since independence, the Bank has until recently shown that it can keep inflation low, but is still to demonstrate that it can reduce high inflation. A reluctance to raise interest rates sufficiently would pose a serious question about the architecture for monetary policy and could in effect return the responsibility for reducing inflation to ministers.

BoE independence is a means to an end – better decision-making on monetary policy operations – and not an end in itself. It is to be hoped that the Bank will take the necessary decisions.

Peter Sedgwick was a senior Treasury official, a Vice President of the European Investment Bank 2000-06, Chair of 3i Infrastructure PLC 2007-15 and Chair of the Guernsey Financial Stability Committee 2016-17.