Why it’s so difficult to reduce inflation in the UK 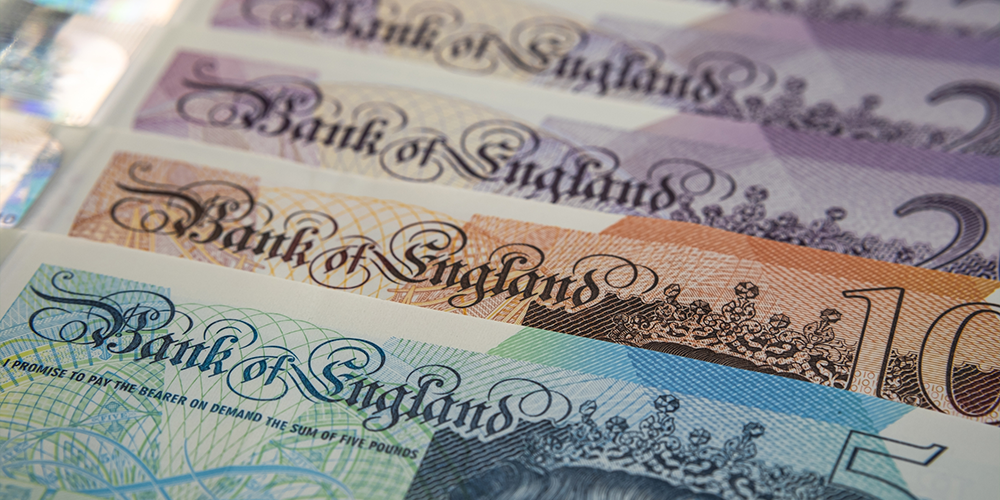 Government can learn much from previous inflationary episodes

For the first time since gaining operational independence over interest rate decisions in the late 1990s, the Bank of England faces inflation substantially above its target. Many economies are experiencing their highest inflation for decades as the result of overlong continuation with the expansionary monetary policies necessary earlier in the pandemic, supply disruptions in the world economy and rises in commodity prices as a result of the conflict in Ukraine.

Historically the UK has found reducing inflation more difficult than many developed economies. It is worth examining the record of counter-inflationary policies to find lessons for the future.

In the 1970s, the UK inflation rate was high and in two episodes rose above 20%. These peaks in inflation followed sharp rises in oil prices. But even without the two oil price crises UK inflation would have been above levels that are acceptable today and was above inflation rates in the principal developed economies.

There was insufficient support among senior officials in the Treasury, Bank of England, the electorate and both Conservative and Labour politicians for macroeconomic policies tight enough to reduce inflation to a low and stable level. The nearest that UK authorities came to enacting such policies was the 1976 International Monetary Fund programme, which financial market pressures forced the government to negotiate. Chancellor of the Exchequer Denis Healey probably spoke for many when he looked forward to the prospect of ‘sod off’ day when the UK could exit the IMF programme with its distasteful conditionality.

While there were differing opinions on incomes policies among Treasury and BoE officials it was not generally the case that officials favoured tighter macroeconomic policies which ministers were unwilling to implement. It is difficult to see how an independent Bank could have reduced inflation and kept it low.

Much changed after the Winter of Discontent and the 1979 election. In the early 1980s politicians took the lead in tightening monetary policy drastically and giving priority to reducing inflation. At its inception this approach was opposed by some senior members of the Bank and Treasury. The policy debate was complicated and embittered by government attempts to reduce inflation by setting targets for broad money growth that were not achieved. This caused disagreements between and within the Treasury and the Bank.

Maybe a British Paul Volcker, had there been such a Bank official with the necessary determination and independent authority, could have taken the lead in bringing down high inflation in the early 1980s in a non-doctrinaire way. But such a radical breach with the practices of the 1970s would not have been possible without firm and consistent political leadership and support.

Disillusion with monetary targets as the principal anti-inflationary tool led to a series of attempts to target the exchange rate from the second half of the 1980s. The first was Chancellor Nigel Lawson’s abortive bid to persuade Prime Minister Margaret Thatcher to join the Exchange Rate Mechanism of the European Monetary System in 1985. This was followed by the unofficial and unannounced ‘3 Deutsch mark’ exchange rate policy, and finally by membership of the ERM from 1990 until sterling ignominiously fell out in 1992.

In the late 1980s, confidential discussion of BoE independence began in the Treasury. The emerging ambition for the framework of monetary policy appeared to be for a clear policy target for the exchange rate – preferably with the UK as part of the ERM – combined with institutional arrangements for the conduct of monetary policy that were as automatic as possible and not subject to political interference.

While these debates and conflicts – primarily between the Treasury and No.10 Downing Street – were occurring, the UK economy was by 1988 demonstrably growing above its sustainable rate (the Lawson boom). Inflation eventually rose, depending on the measure used, to around 10%. In response, from August 1988 until late 1989, monetary policy was tightened drastically with three one-point rises in short-term interest rates. The UK economy subsequently went into recession and experienced a sharp and unpopular fall in house prices.

As in the early 1980s the decisions to increase interest rates were taken by ministers, though in this episode there was not a significant body of economic policy officials opposed to monetary tightening. It is probably fortunate that BoE independence was not agreed when first broached in the late 1980s: immediately implementing a significant and unpopular monetary tightening following earlier policy mistakes not of its making would not have helped establish a newly independent Bank.

The period between leaving the ERM in 1992 to the announcement of BoE independence in 1997 witnessed a recovery in activity. There was no upsurge in inflation as had been feared after ‘Black Wednesday’ by many economic policy authorities (including the managing director of the IMF). There was also an augmented and more public role for the Bank in setting interest rates, an abandonment of formal intermediate targets for monetary growth or the exchange rate to determine monetary policy and the adoption of inflation targeting.

This eventual adoption of BoE independence and inflation targeting seemed like an economic policy exemplification of Winston Churchill’s (not wholly fair) quip about the Americans that they always ended up doing the right thing after exhausting all the other possibilities. The ‘other possibilities’ tried and discarded over the previous three decades were both statutory and voluntary incomes policies, monetary targets and both formal and informal exchange rate targets.

At the same time the relationship between ministers and officials evolved from one in which important decisions on monetary policy were taken by ministers to one with BoE independence where ministers set the objectives for inflation and the Bank was free to achieve the objective through changes in short term interest rates.

In the three decades before BoE independence, while there were undoubtedly occasions when ministers put off or avoided raising interest rates when advised to do so, it is not the historical record that officials generally favoured tighter macroeconomic policies than ministers were willing to implement. Indeed, significant reductions in inflation occurred only when the government took the lead in adopting firm anti-inflationary policies. When it did not, as in the 1970s, inflation did not fall to sustainable low levels.

Peter Sedgwick was a senior Treasury official, a Vice President of the European Investment Bank 2000-06, Chair of 3i Infrastructure PLC 2007-15 and Chair of the Guernsey Financial Stability Committee 2016-17.