Shift towards isolationism poor solution to effects of war 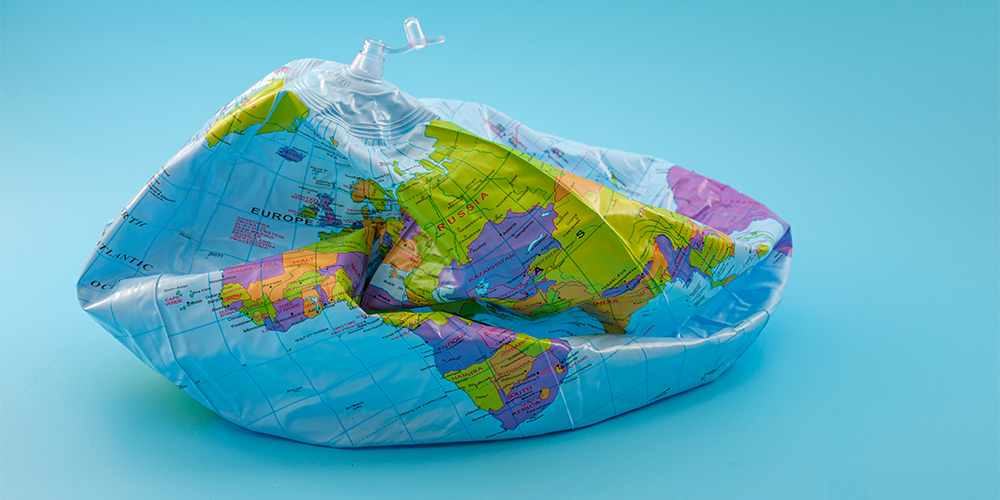 Growing fear among economists that globalisation is weakening

Amid Russia’s war on Ukraine – a conflict that has divided the global north and south, let alone great powers – a shift towards self-reliance is striking many governments as a way of avoiding significant economic vulnerability and volatility. This is leading many economists to wonder if the era of globalisation, interconnectedness and comparative peace is coming to an end.

Yet are these dynamics in the global economy truly a case of growing isolationism and self-reliance, or instead a balkanisation of political alliances and a resurfacing of cold war dynamics?

These questions strike at the heart of statements by US Treasury Secretary Janet Yellen, as well as the remarks of Treasury deputy secretary Wally Adeyemo during an event hosted by OMFIF in April.

For decades, social scientists have been steadily advancing an ‘economic backlash’ thesis of political change. Millions of voters have experienced significant disruption, a weakening of their real income and socio-cultural change at a rapid pace. As the benefits of globalisation accrued to a handful of capital-rich industry ‘winners’, the resulting bifurcation of economic power spurred voters to seek radical and anti-globalisation candidates. One of those was US President Donald Trump.

Recognition of people falling behind has infiltrated most western government policy ideation. Gone are the days of Washington consensus pablum about globalism ushering in unfettered economic prosperity by capitalising on countries’ comparative advantages. A counter-globalisation movement has been in the works.

Within this context, the Russo-Ukraine war’s effects on the global supply change can be viewed as a crisis that is spurring a more rapid shift away from globalisation, albeit for different reasons. As Yellen recently remarked, ‘our supply chains are not secure, and they’re not resilient… in terms of long-term risk to the US and to other countries, that’s a threat that needs to be addressed,’ even if it spurs higher costs.

The idea here is that global economic interconnectedness – once heralded as a method to increase entanglement, improve efficiency and encourage diplomacy – is also leaving countries’ economies vulnerable. And Russia’s invasion of Ukraine belies the notion of great power conflict as a mere historical fact, best left to gloomy 20th century history books.

How does a country protect its economy from the caprice of others? For some, it appears the answer is self-reliance and a shift of economic activity inwards. And yet, the globalisation backslide is not the full story.

Although Yellen suggested that vastly entangled global supply chains were producing macroeconomic risks, she argued not for a shift inwards, but instead for a restructuring of trade relationships around ‘trusted partners’. At the World Bank-International Monetary Fund Spring meetings, Yellen made the case that protectionism and isolationism – including higher import taxes – were not a solution. Reliance on geopolitical adversaries, however, is no longer worth the risks.

Adeyemo echoed this sentiment when speaking with OMFIF. Russia’s invasion of Ukraine provides a moment for the US to prioritise its principles of ‘rules-based’ internationalism and democracy, with a focus on multilateralism and collaboration among ideologically aligned countries.

As Adeyemo commented, the West’s ‘sanctions [against Russia] have been working’ and the major priority for the US now is ‘to make the sanctions multilateral’. This would ensure both dollar strength and a more powerful collective economic response against Russia.

The revitalisation of Nato – and the emergence of two new possible members in Sweden and Finland – supports the notion that, rather than ducking from global interconnectedness, there is a greater shift towards the comparative safety and stability of alliances. And Germany’s decision to abandon purchases of Russian oil shows that even the most tenacious economic relationships can collapse due to geopolitical division.

The resulting landscape of political and economic alliances is clearly reminiscent of the ideological divisions that defined geopolitics throughout the cold war. And the general passivity of the global south – including India, China and Latin America – muddies any fantasy of a post-Ukraine crisis situation where geopolitics are delineated by ‘Russia versus the world’. This is a fact that may erode trust between ideologically unaligned nations. And it carries with it the implicit language of resurfaced cold war divisions.

So, is the world seeing a shift towards isolationism or growth in cold war dynamics? The answer is somewhere in between.

The cause of the immediate shift inwards is clearly a consequence of the war. And movement away from dealing with political adversaries is deeply compatible with a corresponding shift towards dealing with allies. The Ukraine crisis will most likely spur a restructuring of global trade in the short term, rather than a thawing of it.

Yet the movement towards a more controlled and gentle form of globalisation has been at least a decade in the works. And to the extent that the Ukraine crisis spurs further political caution of deep international economic entanglements – whether it is with Chinese manufacturing or Indian oil – the result may be a further waning of globalisation.