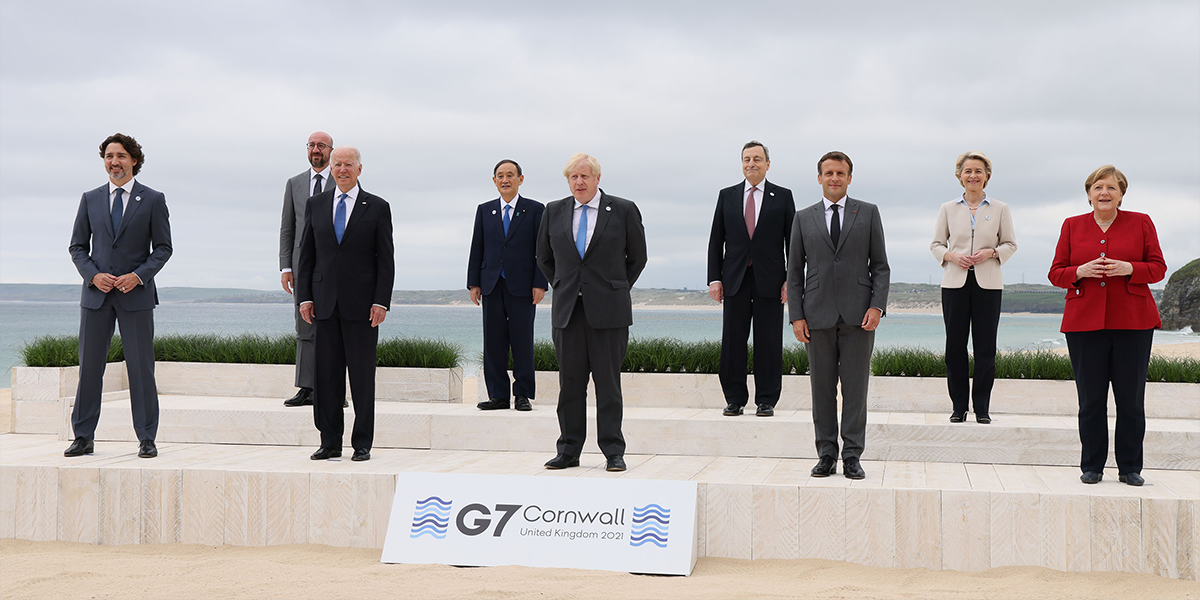 Russia’s invasion of Ukraine crystallises key shifts underway in global governance. Among others, it will cripple the G20 and elevate the G7.

The G20 leaders process was born in a unique moment in history, the foundations for which have now collapsed. Just as G7 leaders started meeting at a time of global economic upheaval with the collapse of the Bretton Woods system in the 1970s, the first G20 leaders’ summit in November 2008 took place in Washington amid a changing global economic landscape as the world came together to fight the 2008 financial crisis. The G7 recognised their economic clout was no longer enough without China.

Non-members asked why they should help the G7 when they hadn’t caused the crisis and had long been excluded from key pillars of global governance. The G7 took this message on board. By the April 2009 G20 summit, the G7 had mobilised substantial resources for emerging markets and low-income countries and the non-G7 members of the G20 joined the Financial Stability Board.

The September 2009 Pittsburgh summit, declaring the G20 the premier forum for international co-operation, put the G7 in the back seat. It laid the basis for further shifts in International Monetary Fund/World Bank voting power to dynamic emerging markets.

A little more than a decade later, the ground has shifted beneath. Multilateralism is on the back foot. US/China relations have dramatically deteriorated. After the 2008 crisis, many Chinese felt they should begin freeing themselves from a US-led global economic system. President Xi Jinping ushered in greater statism and authoritarianism. Donald Trump darkened America’s view of China, emphasising geostrategic rivalry over co-operation, which continues under President Joe Biden’s administration.

President Vladimir Putin has long been a pariah since Russia’s 2014 actions against Crimea and Donbas. Amid the Beijing Winter Olympics in February, Xi was seen as firmly embracing him. The Ukraine invasion underscores that what Russia and China have in common is their shared interest in confronting the US.

Among key emerging markets, Chinese growth soared, but Brazil and Russia stagnated. Macroeconomic policy co-operation is a key G20 objective but US and Chinese economic policy stances are now in very different places. Whereas the G20 in 2008 had declared its commitment to openness and resisting new protectionism, that commitment had long been eroding and was blown asunder by the Trump administration.

Meanwhile, progress in modernising international financial institutions stalled long ago. China’s clout in the world economy is nowhere close to being properly reflected in IFI weights. The World Trade Organization is at a standstill. Regional organisations (such as the Asian Infrastructure Investment Bank, New Development Bank, Chiang Mai Initiative, European monetary arrangements) are developing and expanding, to some degree at the multilateral IFIs’ expense.

The priorities of G7 countries have also changed.

On the economic and financial front, issues such as country economic developments, climate change and combating global poverty remain important for the G7 and G20. But the G7 have increasingly been concerned about cyber issues, cryptoassets, anti-money laundering/counter-terrorist financing and sanctions policies, areas where countries such as Russia and China are often seen as malign. Unsustainable Chinese lending practices have added to debt distress throughout low-income countries. But notwithstanding the development of the G20 common framework, G7 efforts to exhort China to apply Paris Club-like principles have largely hit a wall.

On the foreign policy front, the G7 had limited raison d’être in the past. The US is a global power. Why would it be interested in Italy’s views of Southeast Asia? There were also significant differences – the UK was extremely cosy with China and Germany with Russia. G7 leaders’ summits became photo opportunities, and G7 communiques a tedious laundry list.

That has now changed. With Xi and Putin’s ‘no limits’ friendship, the G7 has gained traction and unity as an anti-authoritarian democracy club. Indeed, the G7 were joined at last year’s summit by Australia, Korea, India and South Africa, who reaffirmed with the G7 their shared agreement on the value and role of open societies. The crisis in Ukraine has revived Nato, in which all of the G7 are present. To the extent there is a now an East/West split, the new East consists of Russia with half-hearted Chinese backing, while the East of the Cold War era has been ripped apart by German reunification and Central Europe gleefully bolting Russian oppression for the West.

Indonesia assumed the G20’s 2022 presidency. It was to be a well-earned and proud moment, showcasing the achievements of a large, well-managed and populous economy that is playing a greater role on the global stage.

But with fissures torn open between West and the new East, the G20 will be riven this year, lucky to tread water and likely to be dominated by calls for Russia’s exclusion. Eyes in the West will instead focus on Germany’s G7 presidency.