US must strengthen IMF at February G20 meeting 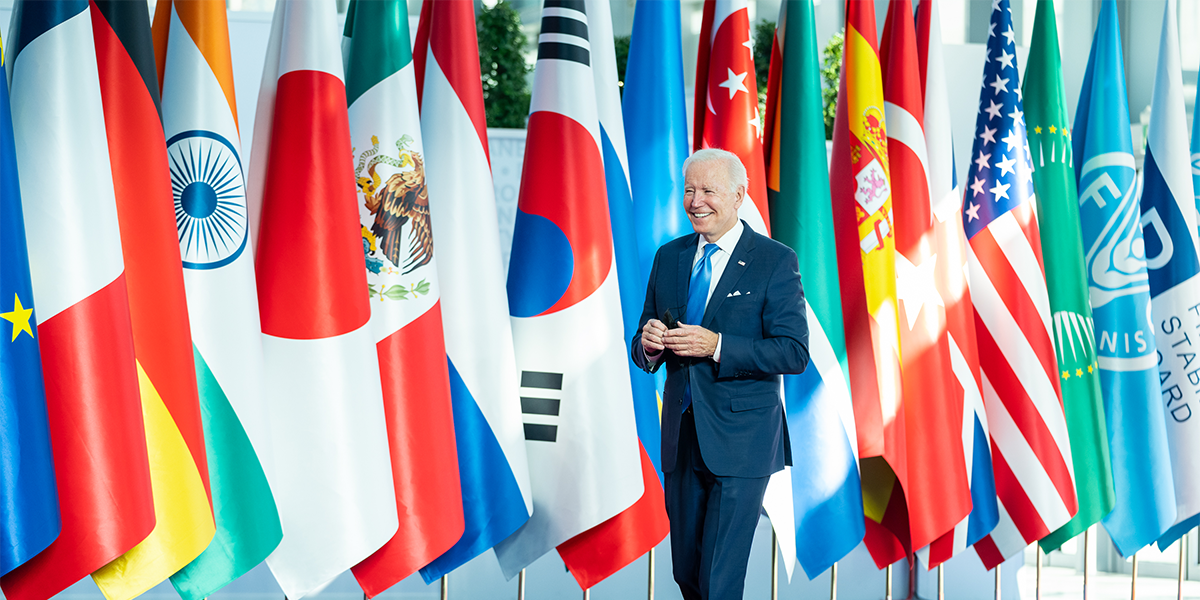 Argentina, LIC debt and SDRs will be key issues on the table

G20 finance ministers and central bank governors gather on 17-18 February for their first meeting of the year under the Indonesian presidency. Amid high-profile topics including global macro discussions about inflation, key issues beneath the surface could challenge the International Monetary Fund’s global leadership role.

Three such issues are Argentina’s relationship with the IMF, low-income country debt and the common framework, and the IMF’s efforts to relend special drawing rights into a resilience and sustainability trust. The US can use its voice to help strengthen the IMF’s response to these challenges.

Argentina and the IMF have reached an understanding on an unambitious framework for an extended programme. To be optimistic, perhaps this signals a good start to reforms. But apart from the fiscal and monetary financing path, key details need to be fleshed out and tough decisions have been put off for the future. The framework is also fraught with political peril in Buenos Aires. The possibility of Argentina falling into significant arrears to the IMF has been put on the back burner for the immediate future. But given Argentina’s long history of failed implementation, the situation remains precarious.

Implementation failures and any Argentine arrears to the IMF would severely hurt the Fund’s global reputation and financial strength. Such an outcome is surely not in the interests of the Argentine people or the G20, and securing US domestic support for the Fund would become more difficult. It would make Argentina an international pariah, further limiting the country’s access to global capital markets.

Working behind the scenes, the G20 must impress upon Argentina – and its raucous domestic politics – the criticality of quickly fleshing out the agreement with the Fund and sticking to it. The US Treasury should lead this effort.

One of the great challenges facing the international community is increasing debt distress in many LICs. The advanced economies converted their aid from official lending to grant financing for distressed LICs some 15 years ago under the Multilateral Debt Relief Initiative. Yet, a new cycle of unsustainable debt has emerged. Many factors are at play: the shock of global crises including the pandemic, limited policy space and excess lending, as well as lax domestic controls on external borrowing in some LICs. The build-up in debt has been financed by non-traditional official creditors, in particular China, and the private sector.

With the pandemic’s outbreak, headway was made under the Debt Service Suspension Initiative in deferring LIC debt payments. The IMF provided debt service relief to the poorest countries to cover their IMF repayments. These programmes are ending now. The international community also ushered in the common framework late in 2020, a Paris Club-like framework aimed at reducing and eliminating unsustainable LIC debt. This voluntary initiative offered great promise but remains a huge disappointment as little has been achieved in terms of concrete creditor commitments.

Chad, Zambia and Ethiopia applied for treatment under the framework. Other LICs are holding back given scant progress and concerns over antagonising China. Chad’s IMF programme moved forward with financing assurances from the private sector and China, potentially signalling forthcoming debt relief. Zambia hopefully will soon be in a similar position. But the heavy lifting of working out the precise amount of debt reduction and contributions from China, other official creditors and the private sector has yet to be done.

US-China relations are fraught across a range of issues. Yet, both countries wish to avoid debt catastrophes in developing countries. China will wish to avoid emerging domestic opposition in some LICs to China’s debt terms. The US should work with the G20 and IMF to make the common framework a success by bringing in China and helping LICs.

With other official creditors, the US should urge the IMF to speak out publicly on the need for all Chinese creditors to participate fully in the common framework. Managing Director Kristalina Georgieva already engages China’s most senior leaders in various economic fora. She can more forcefully use those relationships to point to the recalcitrance of the warring bureaucratic factions within China and secure China’s full participation in the common framework.

Further, despite legitimate concerns about debt transparency in LICs and their official creditors, the private sector needs to stop dragging its feet. Private creditors always argue they assume the risks associated with higher rewards – now, it’s time to face the music. For its part, the Fund should also ensure that debt analyses secure significant debt relief for LICs.

Having completed its $650bn SDR allocation, the IMF is now creating a resilience and sustainability trust which could initially on-lend $50bn of SDRs to countries for climate change and pandemic recovery. While nettlesome technical issues still need to be ironed out, the Fund should be complimented for its creativity. By adding conditions to the use of rechannelled SDRs, the resources may help bolster necessary reforms. Concurrently, the IMF seeks to marshal bilateral resources to allow its LIC lending, which increased substantially during the pandemic, to continue at zero interest.

Success will depend on key IMF creditors providing requisite financial backing. That means the US must step up to the plate. If it fails to do so, it will undermine the very IMF initiatives that it has supported, while strengthening China’s hand in official global financial circles.

The Treasury’s budget request to Congress seeks approval to relend 15bn SDR, in addition to other possible resources for LIC support. Speedy Congressional approval of this legislative request would provide needed resources to countries while giving the US a strong leadership role at the forthcoming G20 meeting.

Meg Lundsager is a Public Policy Fellow at the Wilson Center and was US Executive Director at the IMF from 2007-14. She is Co-Chair of the Legislative Working Group of the Bretton Woods Committee. Mark Sobel is US Chair of OMFIF. He oversaw US/IMF relations at the Treasury from 2000-15 and was subsequently acting US Executive Director and Representative in the IMF.