ECB must choose fight, not flight, on climate change 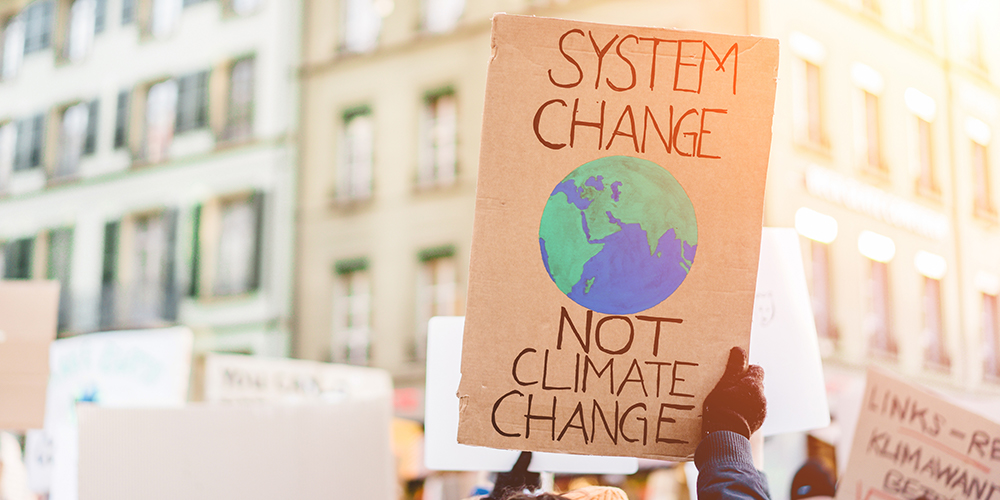 Simply divesting from climate risk is not enough

‘Fight or flight?’ When it comes to climate change, the global community has decided that it needs to put up a fight. The Intergovernmental Panel on Climate Change recently reaffirmed the necessity of this decision. If global temperatures break through the 1.5°-2° barrier, humanity may not be able to adapt. There is no escaping the deteriorating climate on this planet, so we better put up our best possible fight.

This is seemingly not the way the European Central Bank sees things. As part of its monetary strategy review, it concluded that climate should be considered in setting and implementing its monetary policy. However, rather than fighting climate change, the ECB seeks to flee from its consequences, trying to reduce the ‘undesirable accumulation of climate-related financial risks’ on the Eurosystem’s balance sheet. It plans to do this through modifying its collateral framework and ‘tilting’ the criteria for its corporate asset purchases, reducing the share of fossil fuel-intensive companies on its balance sheet.

Crucially, this tactic is not available to the ECB in the much larger programme of sovereign bond purchases. Through its mandated presence in the whole euro area bond market, the ECB is in effect a ‘universal owner’.

As defined in 2011 by the United Nations-backed Principles for Responsible Investment, universal owners are investors with highly diversified, globally-spread portfolios. They cannot therefore divest from specific climate risks. When climate risks materialise this will impact their portfolios negatively, making their investment returns dependent on the continuing good health of the environment. ‘Hence, it is in the best interest of universal investors to promote social and environmental goals,’ concluded Dutch institutional investor PGGM in a 2020 policy paper.

This puts the ECB in hot water as its mandate obliges it to keep monetary policy uniform across the euro area. But the ECB’s stress tests last year found that physical risks in the euro area will only increase over time, non-linearly and irreversibly. More importantly, the results demonstrate that physical risks are ‘extremely concentrated in specific areas … mostly driven by wildfires and affecting southern European countries.’ Like banks, ‘firms exposed to high physical risk are predominantly concentrated in the south of Europe.’

As divestment from (southern) government bonds is not an option for the ECB, more proactive approaches directed at steering the allocation of capital away from fossil fuel-intensive companies are needed.

Proposals have been put on the table, such as introducing ‘green’ targeted longer-term refinancing options. This would extend the current programme of providing cheap money for banks to support specifically green lending. The Network for Greening the Financial System ranked it among the most potent green monetary instruments. But while ECB President Christine Lagarde told the European Parliament the bank would look into this, the ECB is not planning to develop the green TLTRO.

Similarly, the ECB could increase the limit for green bond purchases for various development banks and the European Investment Bank. This would more effectively unlock green funding for small- and medium-sized enterprises and other companies that are predominantly financed through the banking sector and not on the open market.

By ignoring these and similar proposals the ECB fails to help prevent major climate impacts, running afoul of its mandate to not only guard price stability, but also to support the general economic policies in the Union in the most efficient way, thus reducing risks if it can.

The outcome of the ECB’s strategy review with its ‘flight’ approach to climate is disappointing. The ECB can only reduce its exposure to climate risk in corporate bonds. For the larger part of its portfolio – sovereign bonds – the only option to reduce climate risk is to help limit climate change itself. Fleeing from responsibility by simply divesting from climate risk is not an option. The ECB needs a more proactive role, now.

Rens van Tilburg is Director and Aleksandar Simić is a Researcher of the Sustainable Finance Lab, a think tank based at Utrecht University. The argument on universal ownership of the ECB is further developed in the report ‘Legally Green’.