Time is running out for Argentina and the IMF 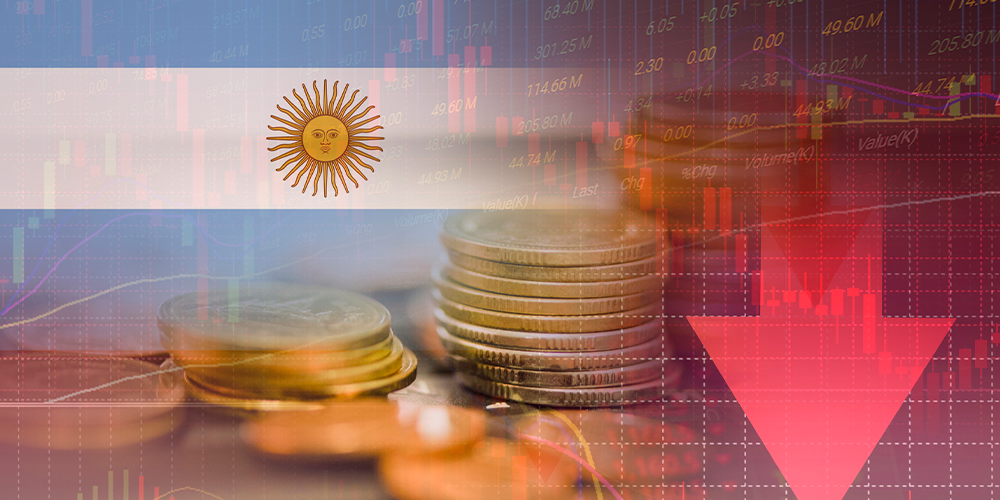 On 15 November, as his government faced a landslide defeat in mid-term elections, Argentina’s President Alberto Fernández announced that he would seek a new International Monetary Fund programme to refinance $45bn in outstanding debt. He also declared that an economic plan, supposedly being negotiated with IMF staff, would be unveiled in the first week of December.

Two weeks later, with no plan in sight and no information forthcoming from the government, Argentina’s country risk is reaching 19%, as measured by JPMorgan’s emerging market bond index plus. Not since the failed debt restructuring it reached with private creditors in 2020 has Argentina reached this level. Buenos Aires’ announcements are not taken seriously by capital markets and, in the minds of investors, default and debt restructuring loom. It is obvious that Argentina’s government, at all levels, faces a huge credibility problem.

In the meantime, to avert a currency crisis, Argentina’s economic team has been toughening exchange controls and resorted to price controls to fight inflation fuelled by monetary financing. The budget deficit, and the associated money printing, increased recently as the government resorted to the old-fashioned populist recipe of boosting spending in a vain attempt to avoid an electoral debacle.

Now, the Argentinian government sees an urgent need to reach agreement with the IMF. But time is running out. Argentina will exhaust its newly allocated special drawing rights by settling payments to the IMF falling due in December and faces further daunting obligations of around $19bn in both 2022 and 2023. March 2022 is the deadline for Argentina and the IMF to reach an agreement before the country is forced to fall into arrears due to a lack of reserves.

Both sides will find reaching an agreement challenging. In Argentina, such an agreement with the IMF is highly contentious within a governing coalition made up of several factions. Moreover, the government has announced it will seek congressional approval for the new IMF programme (more precisely, an extended fund facility arrangement with a 10 year maturity), an unprecedented and risky move. The invigorated opposition will not make the process easy as it sees the IMF programme as the responsibility of the president, not congress.

But the most important challenge is about the substance of the IMF programme. Under current circumstances, a new programme will be judged by whether it can re-establish Argentina’s access to foreign financing. Even after the 2020 restructuring, Argentina’s public debt stood at about 100% of GDP, an amount its tiny domestic capital market and financial system found impossible to finance.

Hence, to regain the confidence of foreign (and domestic) investors, Argentina needs to engage in a totally different economic strategy, removing outdated controls, adopting a sustainable fiscal policy, reducing a record level of tax pressure and implementing needed structural reforms to restore productivity and economic growth. Unfortunately, judging by the depressed price of Argentina’s assets, expectations are not optimistic.

This is why some observers are confident that Argentina and the IMF might still reach agreement on a ‘light’ programme with little conditionality. Such a programme would have the sole objective of postponing needed reforms to when a new administration takes charge in December 2023.

This would be disastrous for both Argentina and the IMF. On the one hand, with a light programme, Argentina would remain shut off from international capital markets, significantly increasing the likelihood of a default in 2024. On the other hand, the IMF would have to come out in support of populist policies and would eventually face programme failure by not restoring investors’ confidence.  This would severely damage the IMF’s reputation, which remains its most important asset.

Moreover, a light programme would set a dreadful precedent for other emerging market economies, where policy-makers struggle to rally political support for consistent economic policies. Argentina, once defined as a ‘serial defaulter’ by economists Carmen Reinhart and Kenneth Rogoff, would be able to show the world that things have changed and a large debtor can exert enough political pressure to overcome the judgement of the IMF’s professional staff.

Pablo Guidotti is Professor and Member of the Board of Directors, Universidad Torcuato Di Tella, and former Deputy Minister of Finance and Secretary of the Treasury of Argentina.