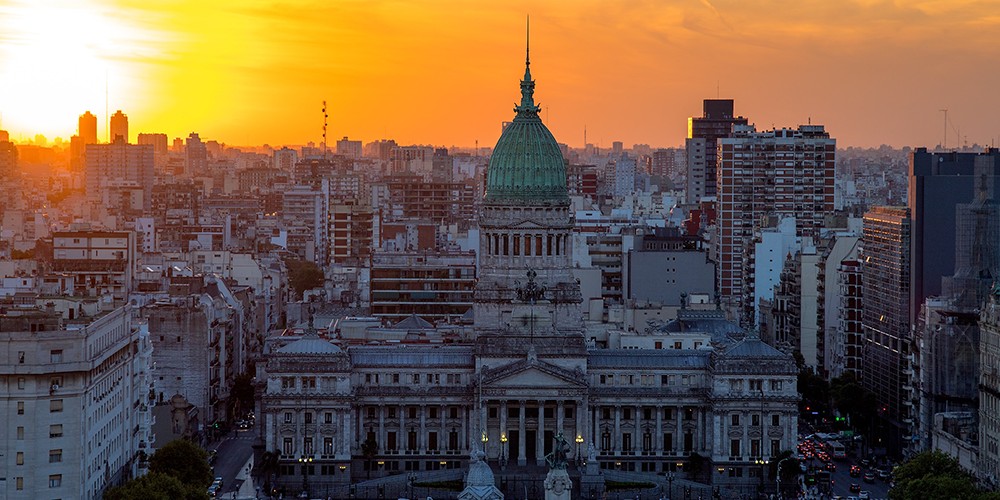 With the inauguration last week of Alberto Fernández as Argentina’s President, observers will follow closely the next economic policy steps. Argentina, long a country with low saving, excessive borrowing, a small domestic capital market and high debt financed abroad, has been a perennial laboratory for high inflation and debt restructurings.

Mired once again in this trap and with Peronism seizing the reins of power, nervousness reigns supreme.

Yet there is a difficult, though constructive and manageable path forward for Argentina.

Argentina and the International Monetary Fund will need one another, if for no other reason than to help facilitate Argentine interactions with creditors, especially on reaching a debt agreement, resuming market access and addressing Argentina’s exposure to the IMF.

On fiscal policy, former President Mauricio Macri (2015-19) followed an excessively slow and gradual path of fiscal consolidation in his early years in office. Global financial and market conditions forced him to slash the deficit in 2018-19, throwing the economy into recession.

Argentina was already headed toward primary balance before Fernández’s ascension. The loss of access to capital markets will reinforce the pressure to run primary surpluses. The new president will undoubtedly have his own social priorities – with realism, his government should find space and fit them into a restricted budget envelope.

Buenos Aires should be able to work constructively with the IMF to accomplish these goals. But to achieve stability and break with the vicious cycle of the past, the government must adopt and own a culture of fiscal restraint.

On debt, the repayment profile and amount of relief will shape the needed primary budget path. Despite Argentine comments about ‘reprofiling’, markets believe significant haircuts are inevitable.

Unlike the early 2000s restructuring, this time the Fund should resume its traditional role of setting the envelope: defining the primary surplus, establishing a debt/GDP path, and limiting debt service relative to gross financing needs. In doing so, IMF programmes must assume sound implementation, but the Fund should steer clear of rosy assumptions, emphasising realism, which will be essential in meeting the IMF’s criteria for exceptional access.

Beyond this, the IMF should step back and leave Argentina and creditors to hash it out. Argentina will understandably wish to engage in tough negotiations. But unlike the last restructuring, Buenos Aires should consult with creditors and avoid the unilateralist truculence that made the country a financial pariah until only a few years ago. It should reach a deal sooner rather than later.

On monetary and exchange rate policy, the challenge is to bring high inflation down. Exchange rate-based stabilisation is seen often as providing a robust, transparent nominal anchor to temper accelerating inflation. But exchange rate anchors can prove excessively rigid in the face of large terms of trade changes – a particularly acute issue for commodity exporters – and are notoriously hard to exit, as evidenced by the currency board’s collapse in 2001.

Macri’s team implemented a tight monetary programme in late 2018, aiming for no growth in base money, while the peso floated. Though this framework offered discipline, inflation did not slow as expected due to inertia in the economy’s wage setting process and inflation expectations.

For this reason, Argentina should maintain positive real interest rates. It should supplement this monetary policy framework with incomes policies. Given that Fernández is a long-time Peronist, he should be able to build the necessary bridges to the labour movement. Argentina should also continue with a floating exchange rate, minimising intervention. It should proceed cautiously and deliberately in relaxing capital controls.

Structural reforms to boost productivity are needed. The list is long.

In terms of the IMF, fiscal structural reforms – such as revenue administration and expenditure management – could prove helpful. Further, including such structural reforms would let the IMF move from a standby to an extended programme with its longer maturities, better allowing Argentina to refinance its Fund exposure and lessening net repayment needs to the IMF in coming years.

One should not labour under illusions. Argentina has fallen into a deep recession on the back of highly restrictive macroeconomic policies, the fallout from Macri’s early excessive gradualism and shifting financial market winds in 2018. The new government faces challenging circumstances in defining a forward-looking macroeconomic framework, let alone given a difficult global economic environment. Debt restructuring is likely to prove contentious and difficult. However, by taking advantage of, and broadly adhering to the macroeconomic discipline belatedly forced upon his predecessor, Fernández faces an upward growth trajectory, which could prove sustainable.